Boko Haram wants to “hurt the heart of Nigeria” 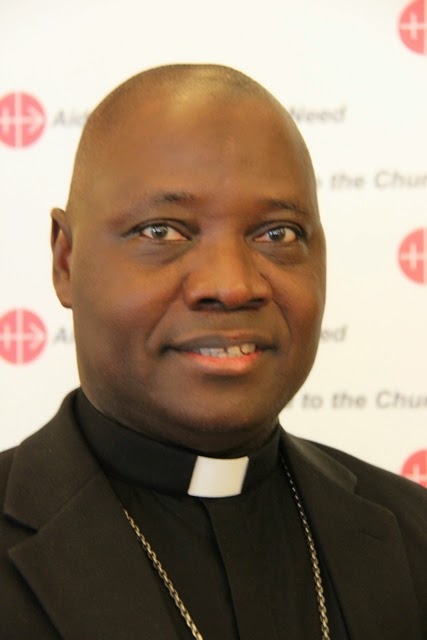 THE leader of Nigeria’s Catholics has spoken out – expressing his concerns for the girls kidnapped in the north of the country last month.

Archbishop Ignatius Kaigama of Jos, President of the Catholic Bishops Conference of Nigeria, described his anguish over the plight of the 276 schoolgirls still being held by Boko Haram.

They were among more than 300 students seized by members of the terrorist group from a secondary school in Chibok, Borno State on the night of 14th–15th April.

Speaking to Aid to the Church in Need during the charity’s international Religious Freedom Conference in Malta, the prelate said: “I am very worried. These girls have never been outside of their village, and now they are in the bush.”

He added: “I just pray that the religious values that Boko Haram promotes are sufficient to influence them to respect the dignity of these girls.

“They are just innocent girls and every human being feels bad about this. Life is sacred.”

Asked why he thought the terrorist group had carried out the kidnappings, Archbishop Kaigama replied: “They wanted to hurt the heart of Nigeria.”

For the prelate this latest outrage seems to show that Boko Haram is continuing to target the Christian community.

Some of the 53 girls who escaped from Boko Haram spoke about their ordeal on Sunday 11th May, describing their abduction and bid for freedom.

Archbishop Kaigama added: “But it is also true that there are some Muslims who were also kidnapped. So this incident is further evidence to show that Boko Haram is also targeting Muslims to some extent.”

The prelate went on to say that while Boko Haram had originally begun by targeting “Christians as well as police stations and other institutions representing western values” their campaign had expanded and they had now attacked Islamic organisations, killing Muslim clerics.

The archbishop went on to describe the ongoing attacks on Christian churches.

He said: “In my own diocese of Jos, we have suffered several attacks, for example St. Finbarr’s Catholic Church in which 14 people died.

“In February, the group killed more than 100 Christian men in the villages of Doron Baga and Izghe, but the international community did not respond.”

The prelate told Aid to the Church in Need that the latest outrage had caused the international community to turn its attention to Nigeria’s sufferings.

“This time was different, I think, because they are innocent young girls and also because it touches directly the suffering of women, the mothers of these children.

“And women can identify themselves more with the pain of others. The women started holding demonstrations – both Christian and Muslim women.”

The leader of Nigeria’s Catholics went on to stress that, having tried all other means, prayer is currently the best solution to the threat of Boko Haram.

He said: “We tried dialogue and it didn’t work; the government used force and it didn’t work.
“At this stage, what we need to do is to pray – only God can move the heart of these people.”
Archbishop Kaigama went on to request spiritual solidarity with Nigeria’s suffering Church: “We pray and we request your prayers”
He added that he had asked all the Catholics in Nigeria to spend an hour in adoration before the Blessed Sacrament, asking God for a lasting solution to the crisis in Nigeria.

Archbishop Kaigama said he is praying for three things – that the girls are released soon and unharmed, that Boko Haram abandons violence, and “that countries come together and fight terrorism, hunger, poverty to create an authentic unity, not just to serve political – hypocritical – interests”.