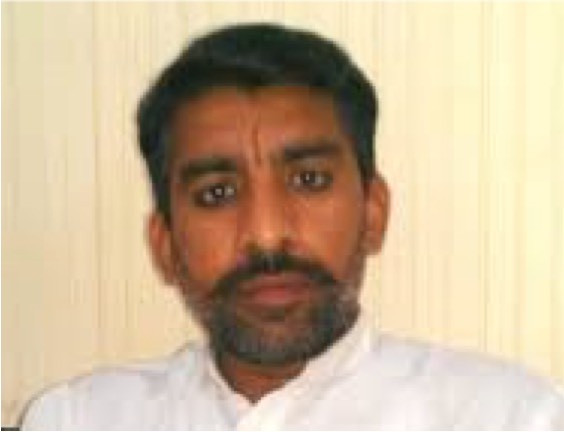 ISLAMABAD: Zafar Bhatti accused of
blasphemy case confined in the Central Jail Adiala Rawalpindi, is perfectly
fine and fit, says his wife Nawab Bibi after visiting him the jail on September
29, 2014. She is thankful to Tahir Naveed Chaudhary, Chairman Pakistan
Minorities Alliance – PMA and Basharat Khokhar, Right Activist for arranging
their visit to Adiala Jail.

According to false reports Zafar Bhatti victim of the 295-C imprisoned in Adayla Jail was
attacked some time after after the attack on Muslim victim Muhammad Asghar, another blasphemy inmate at the same prison.

The attack on Muhammed Asghar came directly from A Police Constable named Yousaf, who attacked Muhammad Asghar on
September 25, 2014; he received gunshot wounds and was taken to hospital, where he is still under treatment after surviving through a  period of critical condition. Since then unverified reports have said Zafar’s family
were worried about him.

Tahir Naveed Chaudhay
who had been the appointed attorney to Rimsha Masih (a minor girl accused of blasphemy last year) said it was the first visit after all the speculation.  They have made arrangements to
take care of the victims family and will take on Mr Bhatti’s legal defence case. PMA has decided to provide
assistance to the family and legal aid for the accused. Basharat Khokhar, said;

“I voluntarily assist the persecuted because I
have faced similar charges. Human rights champions work it as business, but I
am a passionate to save the beleaguered community.”

Nawab Bibi wife of the Zafar Bhatti
supported Basharat Khokhar and confirmed that PMA has been helping since the case was registered. She said;

“I thank PMA for the assistance they have provided and the BPCA for highlighting our campaign.  I pray success for these groups who are committed to helping those of us who become victims for no apparent reason.”

She expressed concerns about the number of humanitarian groups that took images and provided little or no assistance including CLAAS, who she felt were prolonging the case for some vested interests.

“The matter of Human Rights Groups in Pakistan obtaining money from benefactors concerned about victims in Pakistan, without any real attempt to offer aid, is both diabolical and disheartening.”

“However, in all of this, stuck in the middle, are a family that is in dire need of your assistance.  I hope people will pray for succour and a return to normality for them and the release of Zafar Bhatti.”

The BPCA has initiated a support fund for the Zafar Bhatti and his family.  If you would like to contribute to the legal defence of Mr Bhatti and the protected secure housing for his family, our bank details are as follows:

Alternatively if you would like to send an immediate donation please use the pay-pal facility on the top right hand corner of our blog, or simply send a cheque made payable to the BPCA to our address; 57 Green Lane, Ilford, Essex, IG1 1XG.

With your support we hope to change the lives of millions of Christians in Pakistan.