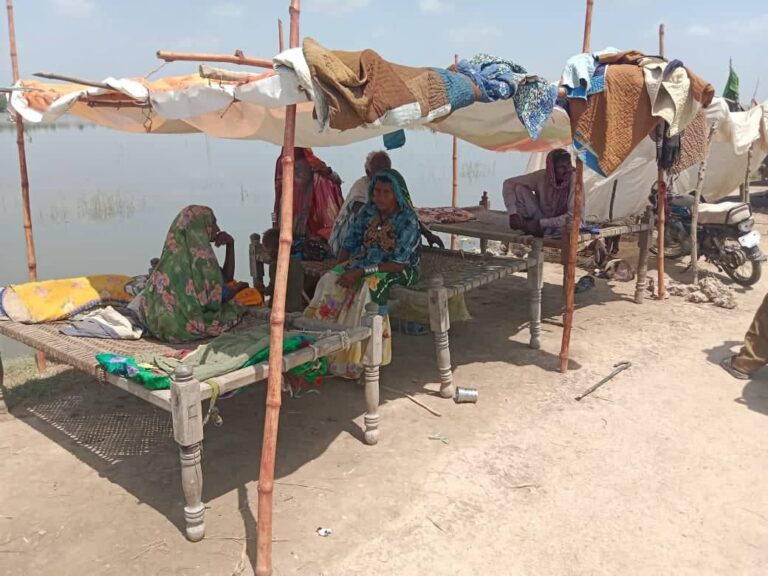 A monstrous deluge during this years monsoon in Pakistan has left the nation facing a humanitarian disaster of epic proportions. مزید پڑھ (یہاں).

“Over 1290 lives lost and 12,500 people injured. Over 33 million affected, including over 6.4 million in dire need of humanitarian aid. Almost 634,000 displaced people living in camps.

“Over 1460 health facilities affected, of which 432 are fully damaged and 1028 are partially damaged. Access to health care facilities, health care workers and essential medicines and medical supplies is limited.

“Ongoing outbreaks of acute watery diarrhea, typhoid, measles, leishmaniasis and polio are at risk of being further exacerbated.

“Increased transmission of malaria remains a threat and many cases are already presenting to clinics in the flood-affected areas.

“Early disease surveillance indicates that tens of thousands have been identified as patients affected by diarrhoea, malaria, acute respiratory infections, skin and eye infections, typhoid and others.  مزید پڑھ (یہاں).

British Asian Christian Association have been working on the ground since mid-August and are now serving eight villages across Pakistan. مزید پڑھ (یہاں).

We are currently providing food, mosquito nets and  we have begun installing clean water pumps in areas that have been most affected.  مزید پڑھ (یہاں) اور (یہاں).

We hope to have a medical camp in Goth Ibrahim Khan,  Sindh this week – they were the first to approach us for help.  We have been delayed due to a doctor shortage caused by the enormous scale of these floods.

We have recently been alerted to the plight of 40 Christian families at the Poppat Kachi Colony, Berani Sindh who have been displaced by recent inundation.   This brings our total recorded flood hit Christian villages to nine.

Please read our 15th September update on aid given to this community of Poppat (یہاں).

Christian and Hindu communities in the area were working on local farms as produce collectors but these fields are completely destroyed and are still under water. Heavy rains have caused severe damage their huts and mud houses and images show that their roofs and walls have fallen to the ground.

Like in other areas villagers have moved to the sides of streets in the nearby towns where they have made temporary shelters to survive the terrible rains. Some of these shelters simply cloth sheets tied and held above  charpai (rope beds) with flexible twigs.  Worse still rain in Pakistan has not stopped and now these villagers have no suitable protection from the weather.

Water is still knee depth around their houses and it is expected that it will take up to two months before water subsides and these villagers can return home.

Living in makeshift homes on the road side has left this community vulnerable to many dangers. Villagers in every community we are in touch with have reported symptoms that suggest they have dysentery, waterborne illnesses like typhoid, dengue fever and Cholera or water-related disease such as Malaria.  We have been trying to get a medical team to several locations but are finding that doctors are already assigned and we are being put on waiting-lists.  Doctors will not charge us for their services but we are required to pay for medicines and for helpers.  So this community will have to wait for now.  However, in two days we will have a supply of food and mosquito nets for all these families.

Our flood relief work is reaching Christian, Hindu and some Muslim communities that have been desperate for food.  In one month Pakistan has received 3 years of rain which has resulted in unprecedented devastation across the country.  We hoe to have mosquito nets and food supplies distributed to this colony in two days. The cost of this effort will be in the region of £700.  If you can help us raise the money to serve this and other beleaguered flood-affected communities then please donate (یہاں).

Living along a roadside is dangerous for many reasons and sadly Sonia a 7 year old girl was hit by a motorcyclist while playing on 28th August 2022.  When she was taken to a bone specialist at a nearby hospital a knee cap fracture was discovered and Sonia currently has her leg in a plaster cast.  Sonia’s father has had to borrow 20,000 rupees (£75) from his employer at high interest, to pay for the treatment. Sadly he like all other local people have lost their employment due to the field crops having been washed away. Pappu Masih (35 yrs), the girls father, spoke with our volunteer, he said:

“Sonia was playing with her sisters on the roadside when a fast moving Honda motorcycle hit her.

“The accident was so severe that she flew in the air and onto the other side of the road.

“I was in our family tent with my wife Hakoori (30 years) when I heard her scream.

“I rushed to where Sonia lay screaming, she was unable to stand.

“I knew it was serious because of the blood on the streets so we rushed her too hospital.

“I have borrowed the money from my employer, who will charge a lot of interest – I had no option.

The bike rider did not stop to help injured Sonia, instead he accelerated and fled from the area.

BACA would like to cover the costs of the treatment for this child but would need to raise a total of £320 for treatment.  Which will include for follow-up treatment and surgery and travel for the family to the hospital.  If you would like to donate towards this cost please donate (یہاں).

A report by the Health Department Sindh Government warns of  spreading skin diseases, diarrhea, eye infections and malaria in people living in the tents or other makeshift homes. They explained that ‘more than 134,000 cases of diarrhea and 44,832 cases of Malaria have been recorded in the Province of Sindh during the last two months’.

Evangelist Raimel, a local of Poppat Colony has contacted BACA for assistance he joins a growing throng of communities seeking our assistance.  He said:

“We have waited for aid but nothing has arrived, the Government has not even come to a place close to us so we can get help.

“We have been surviving by borrowing money from our landlord or taking food from shops on the assurance we will pay later.

“The amount of food we are getting is not sufficient, parents often go without food to feed children or the elderly.

“Many of our villagers are reporting illnesses and we are quite frightened.

“The rain has not stopped and life in the open-air is tough, especially for our children.”

There is an urgent need for mosquito nets and food to be delivered for these families, to help them fight with hunger and diseases.  We hope to reach them in two days with supplies.

“Though the levels of rain in the country are not causing more floods, it is causing great discomfort.

“These families suffer a harsh life at the deepest poverty level.

“But the recent floods that have destroyed everything they own, has left them even more hapless.

“What surprises me is their faith that God will provide for them, despite the calamity and their circumstance.

“It seems no level of hardship can eradicate their human spirit or their trust in Christ.

“Their understanding of the importance of the riches in heaven over earthy wealth is a humbling.”

“We will be providing mosquito nets and food in the first instance.

“Our hope for the medium term would be to install a clean water pump for this village.

“If we raise enough funds we would also want to build new brick homes to replace the mud homes washed away in the recent deluge.”

“A strong house built on solid foundation very much like the faith these villagers exhibit, will help them overcome any future floods.”

You can donate towards this appeal (یہاں) 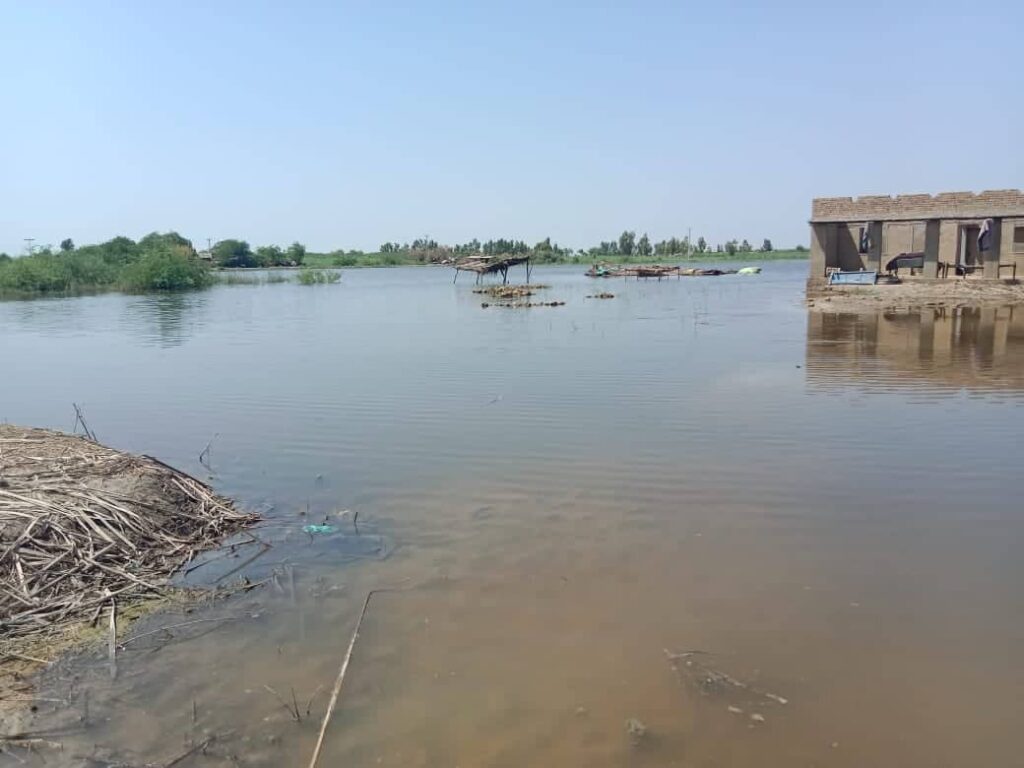 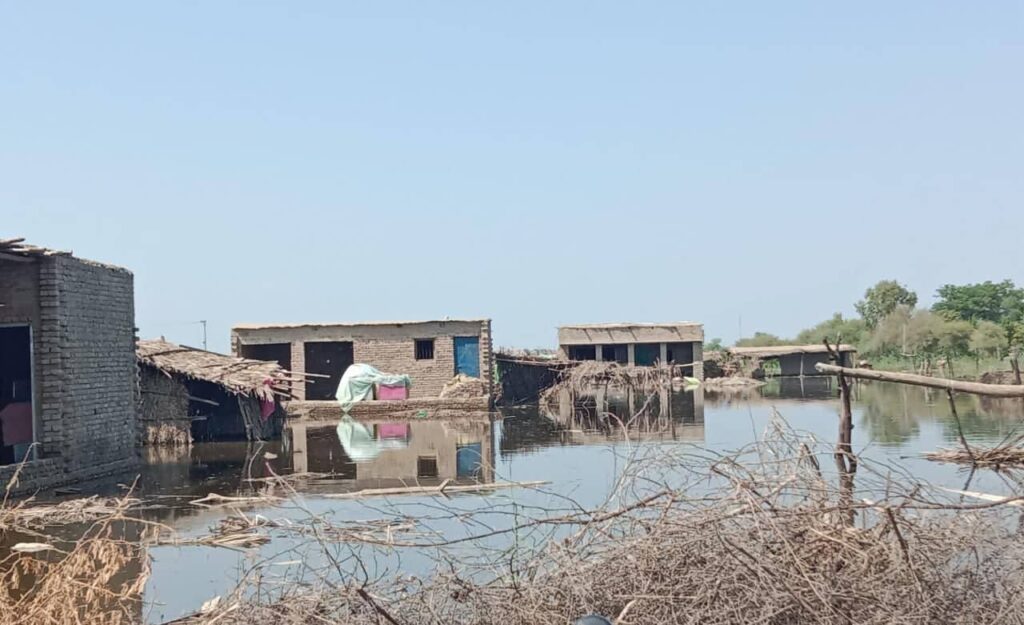 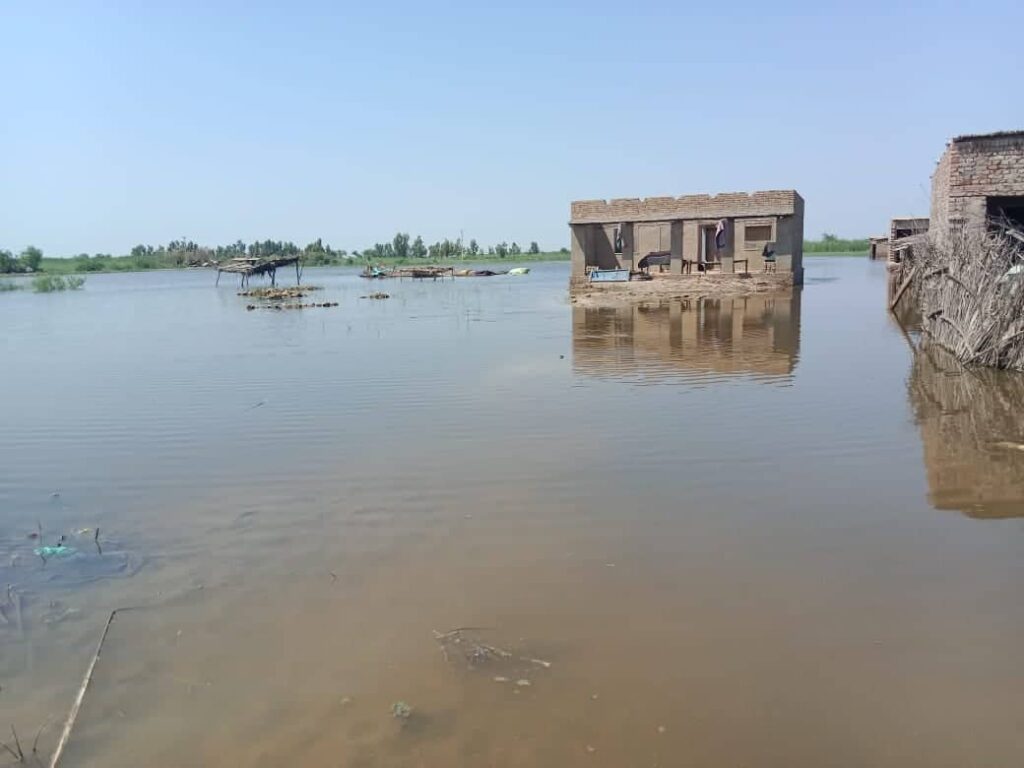 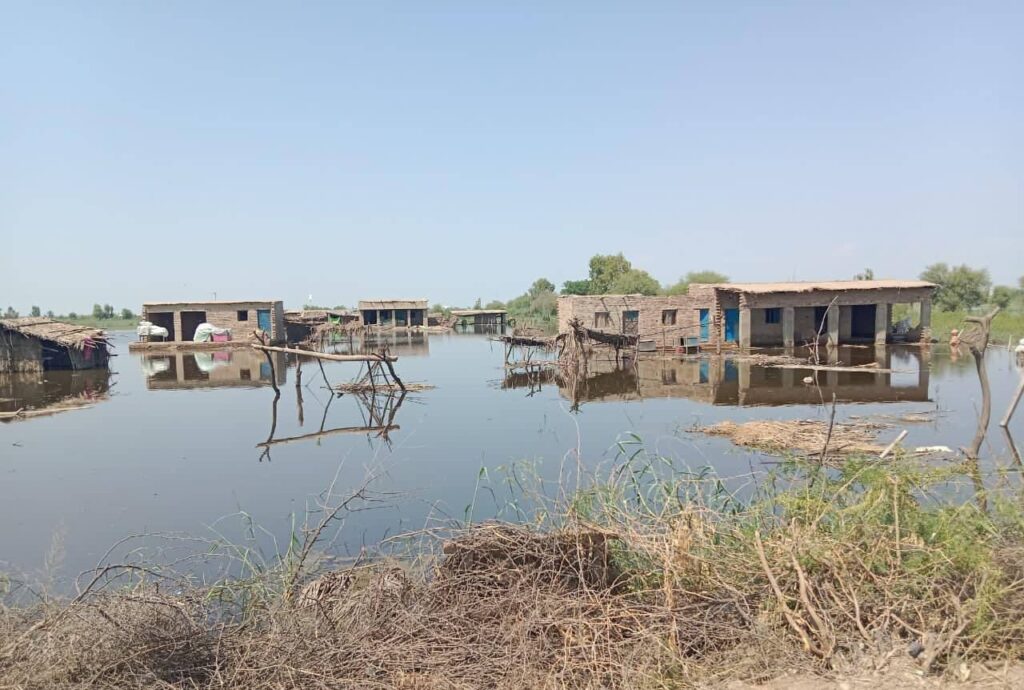 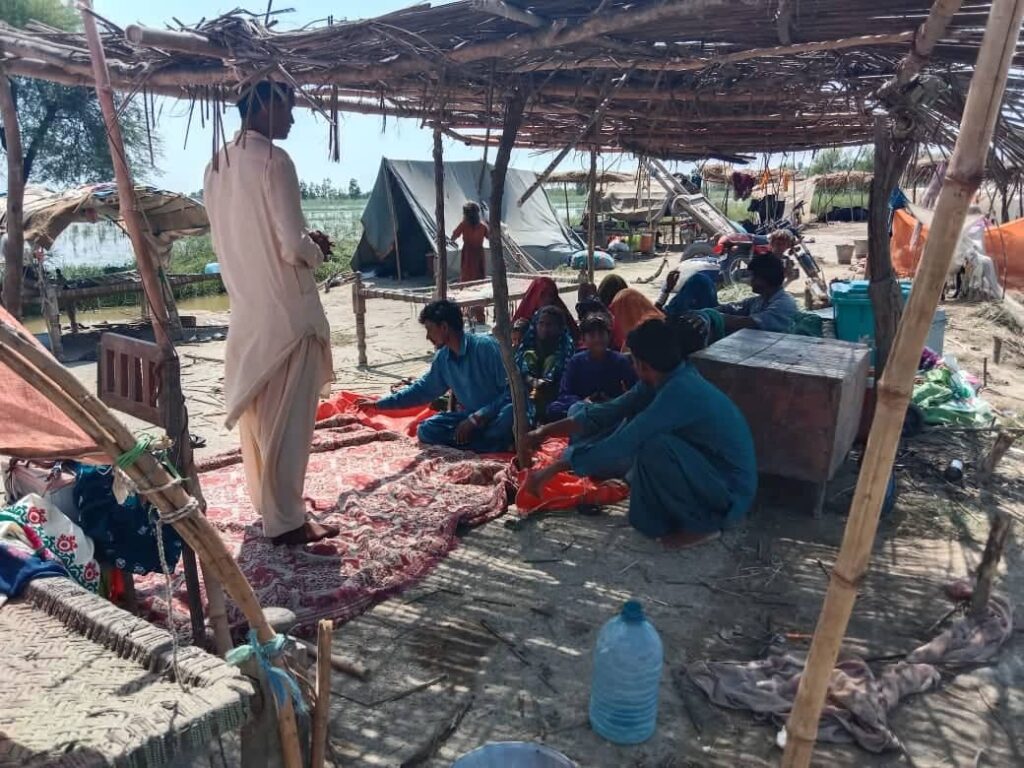 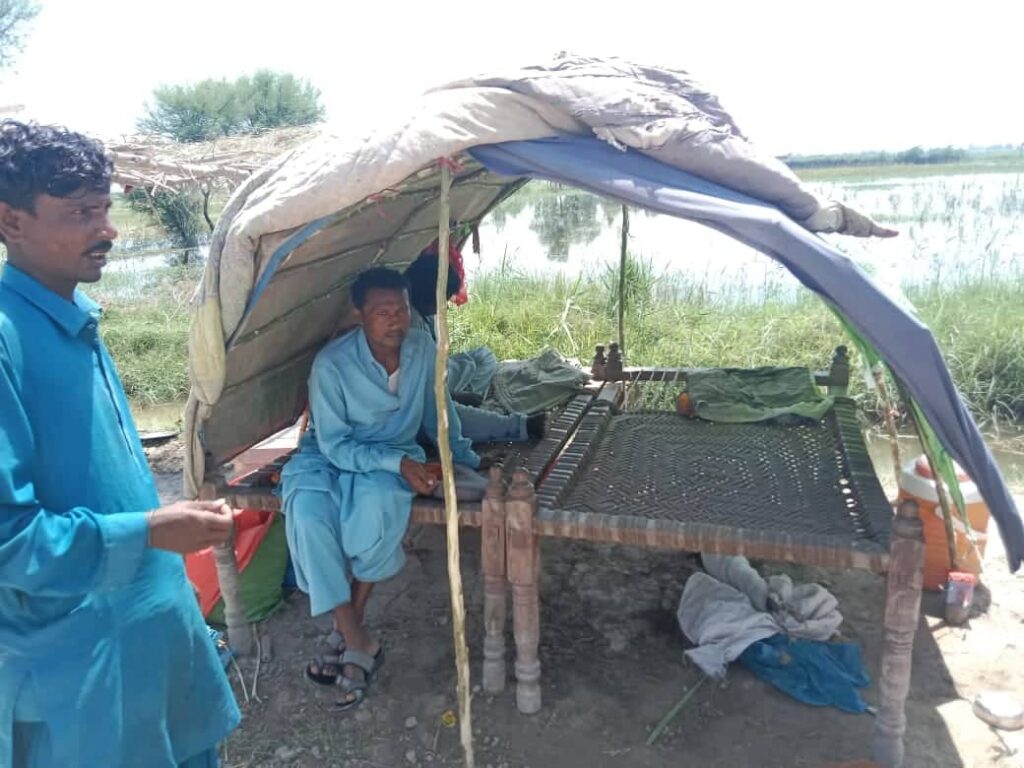 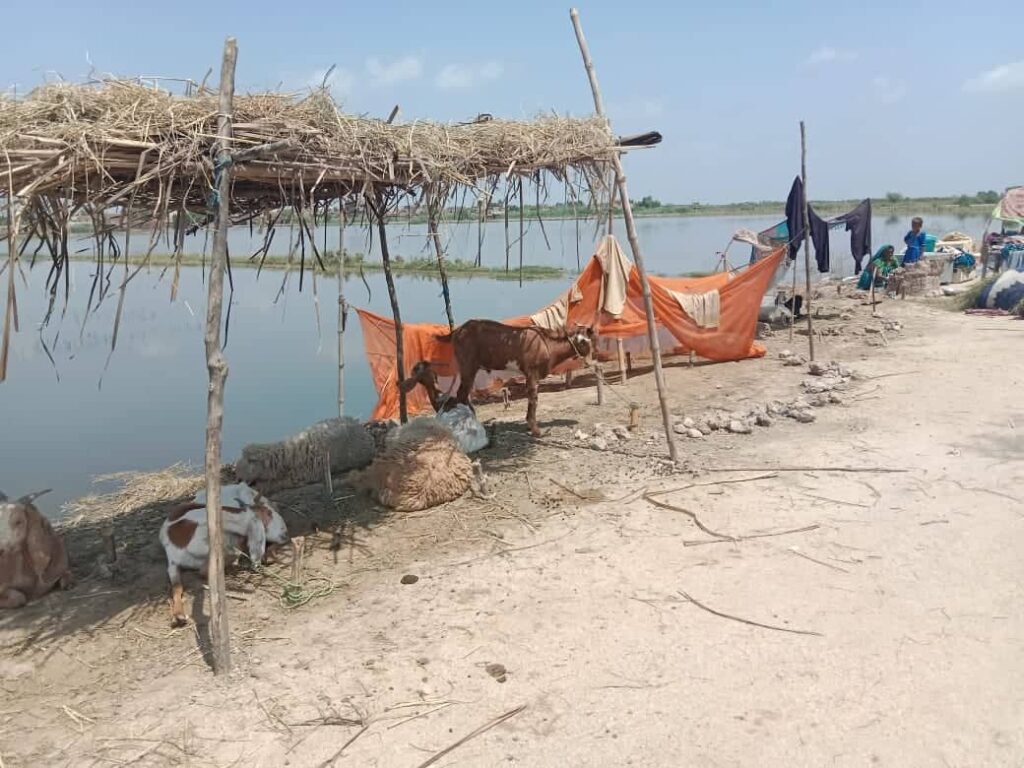 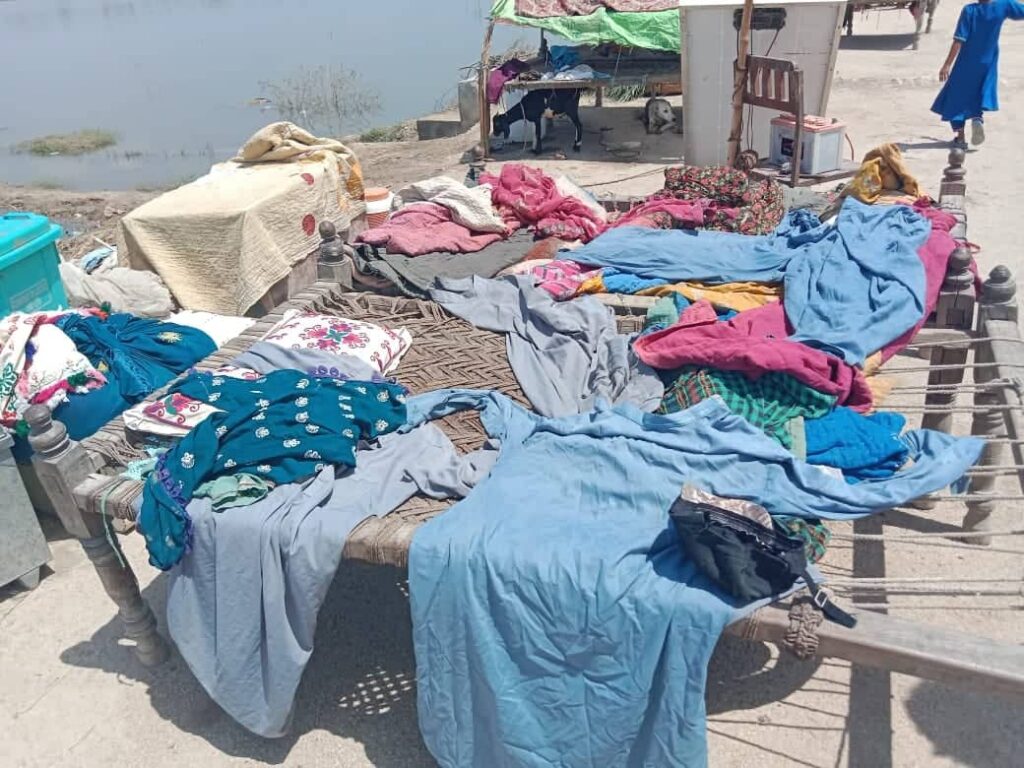 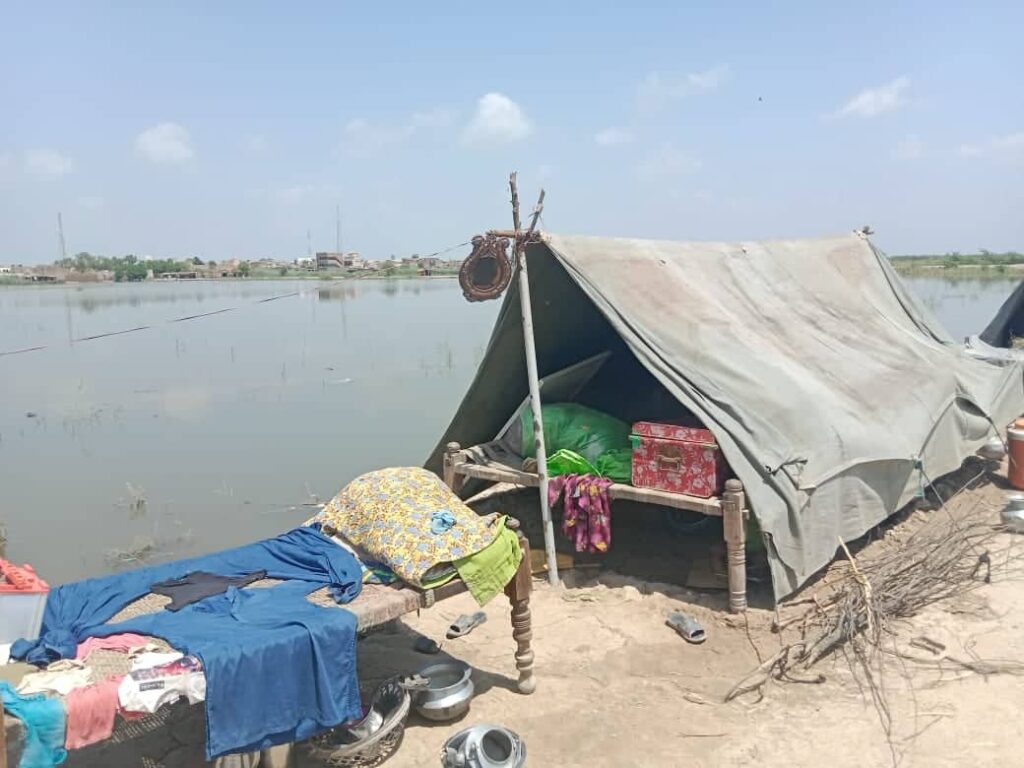 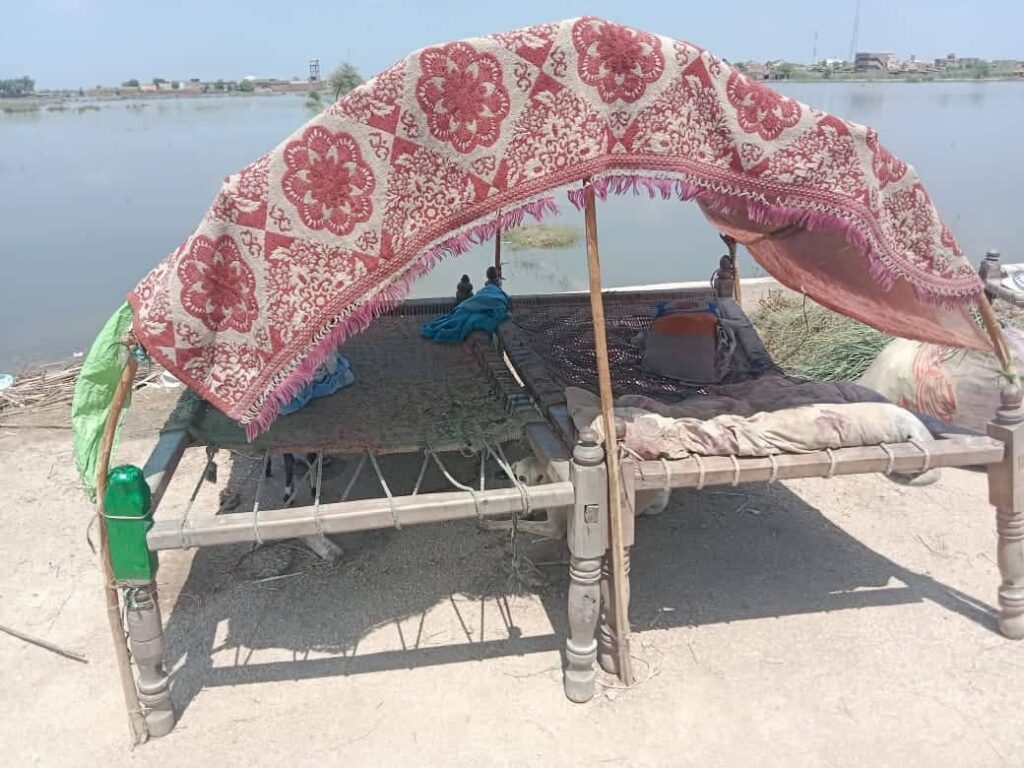 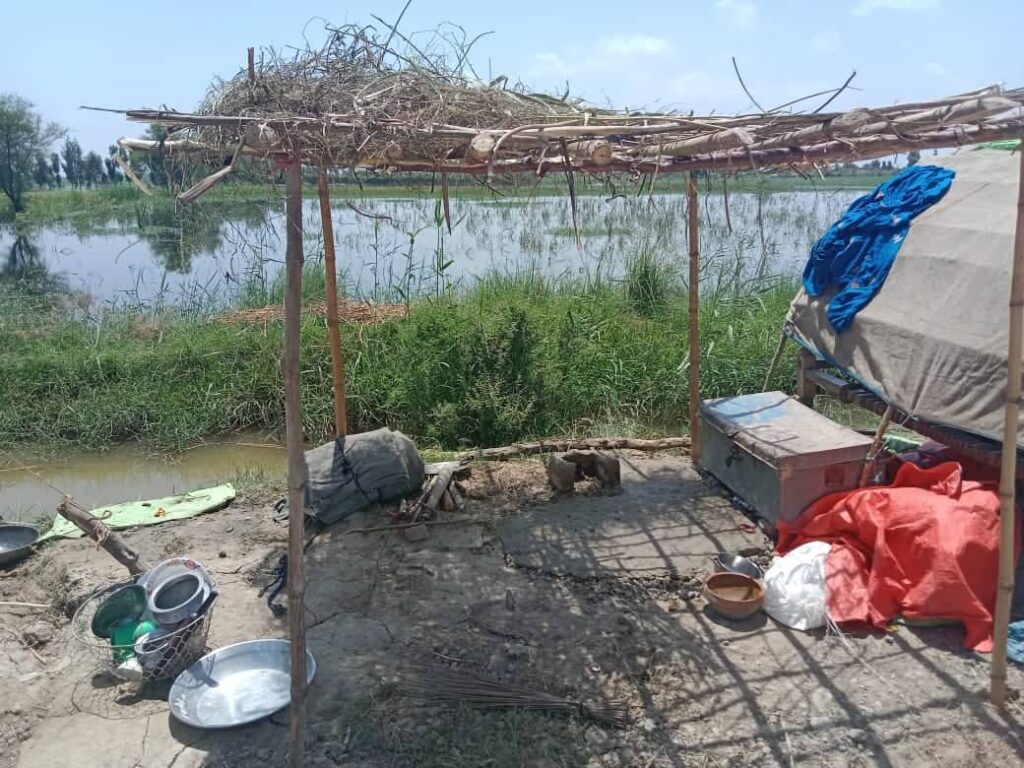