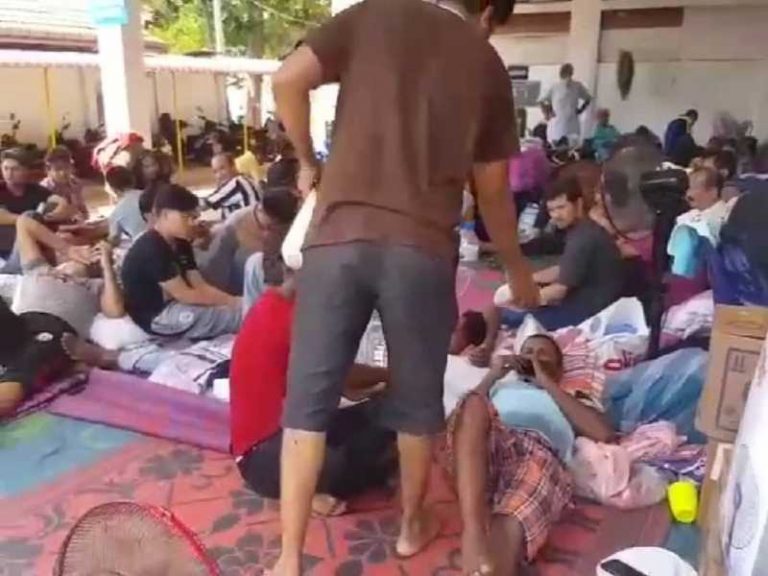 A large body of persecuted Christian refugees and asylum seekers in Sri Lanka are in hiding at a Negombo police station.  They have sought protection from the local police authorities after being harrased and threatened with death by angry Sri Lankans incensed by the carnage that followed last month’s Easter Sunday bombings.  The Islamist attack claimed the lives of over 250 innocent victims and community tensions in the nation have escalated to epic proportions since.

Several migrant communities in Sri Lanka who originated from South Asia or the Middle East have been forced to seek safety and Pakistani Christians make a large proportion of the displaced communities with up to 1000 believed to be in Sri Lanka.

Although enraged Sri Lankans have primarily targeted peaceful Muslims and their property in response to last month’s bombings claimed by the Islamic State, asylum-seeking Christians from Afghanistan and Pakistan who fled the country over religious persecution are also in fear for their lives.

BPCA officer Anton Kyanq, a Sri Lankan pastor visited the largest body of Christian asylum seekers in Negombo who are residing at a local police station.  He said that as many as 60 Pakistani Christian refugees are currently housed by local police. He estimates that as many as 160 asylum seekers are being sheltered at the station including Afghan Christians and many Ahmadi believers from Pakistan who are as persecuted in their homeland as the Christians.

Throughout Negombo, hundreds of Ahmadi Muslims, who follow a sect of Islam that advocates for peace and tolerance, have been forced to flee their rented homes.

Anton said the Pakistani Christians and believers of the Ahmadi Muslim sect in Sri Lanka essentially live as part of the same community as persecuted minorities from a hardliner Muslim-majority country.

“They live as a community together. Even the Christians also get along with Ahmadi Muslims because both of them are persecuted,” Anton explained.

Sri Lanka is home to about 1,600 asylum seekers from Pakistan, Afghanistan, and Iran who fled religious, political or ethnic persecution in their homelands. About 800 asylum seekers live in rented homes in Negombo with the backing of United Nations assistance.

Anton described the reasons for the angst against the asylum-seekers, he said:

“People were told it was a terrorist attack from an Islamic background. So they believe these people from a similar background similar, are maybe connected to these groups.

“This has angered local people against these innocent already persecuted individuals – which is an awful by-product fo the recent attacks.

“Before the attacks many of the local community supported the asylum-seeker community but now we are facing a complete reversal.

Inside the police station, Anton said that the migrants have been provided with nothing but mats to sleep on and are subject to heightened mosquito bites, cold breezes, and sometimes rain. He said:

“Migrants are allowed to go back to their rented homes and to return to the police station at any point, should the risk to their safety reappear.

“However few try to return home because many landlords have evicted them unlawfully, faced with the proposition of angry communities burning their properties down

“For the time being, the police protection is adequate but we cannot say what will happen tomorrow – we don’t see any progress.”

Anton has told us that the UNHCR is providing food to all the asylum seekers at the police station, even those that had been rejected by the agency for resettlement in another country. However, he stressed that the food the UNHCR provides is “not good.”   So occasionally BPCA have been providing more nourishing and tasty food to improve the morale of these unfortunate and unexpected victims.

Throughout Negombo, hundreds of Ahmaddiya Muslims, who follow a sect of Islam that advocates for peace and tolerance, have been forced to flee their rented homes.

Anton has been speaking to local officials on behalf of the BPCA and has been advised that the government plans to eventually move the asylum seekers out of the police station to some sort of restricted area where they could be protected.

“A place will be selected and they would be put into a asylum-seeker/refugee camp.

“The government will handle everything – well that is what they say,” Anton said.