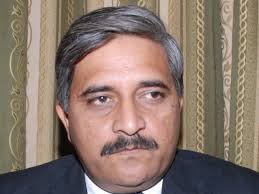 MULTAN:A human rights activist and renowned lawyer of Multan, Rashid Rehman, was killed in a targeted attack in his chamber on Wednesday evening at around 8:30 evening.

Rehman and his fellow lawyer were sitting with a client in their private chamber near Kutchery Square when unknown armed gunmen entered their chamber and opened fire on them, injuring Mr Rehman and two others.

The injured men were rushed to Nishtar Hospital, Multan,where doctors pronounced Rashid Rehman dead upon arrival. The other two wounded are still receiving treatment and are said to be in critical condition.

Rehman was representing Junaid Hafeez who had been accused of a blasphemy, and a lecturer at Bahauddin Zakariya University who is currently facing trial on blasphemy charges.

Rehman, who was also a coordinator for the Human Rights Commission of Pakistan (HRCP) in Multan, had last month been threatened inside a courtroom in the Multan Central Jail. He had been attacked five times before Wednesday. However, he had manage to survive till now.

ASP (Assistant Superintendent Police) Cantt Ali Mardan Khosan said that he knew of the threats to Rehman, and that they were investigating the incident.

The lawyers, who represent blasphemy accused and advocating against the misuse of blasphemy law ,are often being threatened to be killed by extremists and many have left the country to save their lives.

We spoke to Mr Gill a Christian Lawyer, he said:

“On Tuesday, a Senior Christian Lawyer, Rana Latif Anwar very serious instructed me that I have to be careful because of my advocacy in blasphemy cases and particularly in the case of Asia Bibi.

“He suggested I arrange some security measures in my chambers”.

Pastor remains to shepherd people though attacks on Odessa increase