Creating a voice for Pakistani Christians

Help for the persecuted church and others

Our charitable work has provided much needed resources at the time of greatest need, for many victims. We list a few below:

After a Christian community called “St Joseph’s community” was attacked in the 2011, the BACA were the first to react. We provided food, water and medial provisions to over 200 victims. Home restoration grants enabled families to return their damaged residences to a liveable condition. Many of the villagers took to living in forests in makeshift homes to escape the violence triggered by a false blasphemy charge, we encouraged the return of these families to their homes through counselling and support.

After the December 2013 twin bomb attack to a church in Peshawar, again the BACA were the first to react, securing a £5000 grant from “Elim Churches Commission” and a raft of other donations, we provided replacement limbs, wheelchairs, medicines and medical care, mattresses for victims sleeping on floors and much need food and drink. With over 100 fatalities often main bread winners, families could no longer pay for the children to go to educational establishments. The BACA met this need and paid annual fees, travel costs and purchased books and stationary for a number of victims.

When a church in Mardan was razed to the ground in 2011 during the riots associated with the movie release “Innocence of Muslims,” BACA provided new Sunday school material to children and provided food and drink to families that had been ousted out of their homes. replacement clothes and grants towards house restoration were provided to those in need.

In 2009 our first year of operation eight BBC local radio stations helped launch our appeal to support Christian flood victims, who were being told to convert to Islam or die, by local charities.. Food, medical supplies, clothing and other necessities were being retained from Christians as a lever for proselytising victims to the Islamic faith. Via a studio in London, Wilson Chowdhry our director was able to challenge local communities up and down the country and was able to raise close to £4000 that was used to provide, food parcels, clothing and medical supplies to suffering victims.

In 2012, we began our first clean water project and now in 2021, we boast over 40 clean water projects across Pakistan, ensuring Christians and other deprived citizens of Pakistan have access to water that is safe to drink and wash in.  The projects vary in styles from hand pump to electrical-generator powered pumps. Moreover, for some of the pumps we even manged to secure a grant from the Pakistani Government.

Since 2013, we have freed over 10 families from the indentured contracts that held them captive to the most brutal of slaveries.

In Thailand where at one point there were over 7000 Pak-Christian and Indo-Christian asylum seekers we have provided food and rent costs for several families since 2014, we helped with larger food distributions during the COVID-19 pandemic and we secured freedom through bail for the brutal Immigration Detention Centre in Bangkok for several mothers and fathers, reuniting them with their families.

During the 2020 COVID-19 Lockdowns we also provided mass food distributions in Pakistan in over 20 cities.

In the UK where we were serving up to 65 homeless and economically-challenged families twice daily, which was recognised in a BBC story and resulted in us winning a London Faith and Belief Award.

In April 2017, British Asian Christian Association became the first Christian charity to help a Christian woman who had been abducted, raped and forced into Islamic marriage, escape her abductor. Since then, we have helped several other Christian and Hindu girls and women.

In 2019, Asia Bibi Pakistan’s first woman blasphemy convict and certainly the country’s most famous, was helped with legal fees and help securing asylum to Canada by British Asian Christian Association.

In 2020, after several failed attempts by other charities, British Asian Christian Association, was able to secure bail for Pakistan’s youngest ever blasphemy prisoner Nabeel Masih.  We continue to fight for his acquittal. 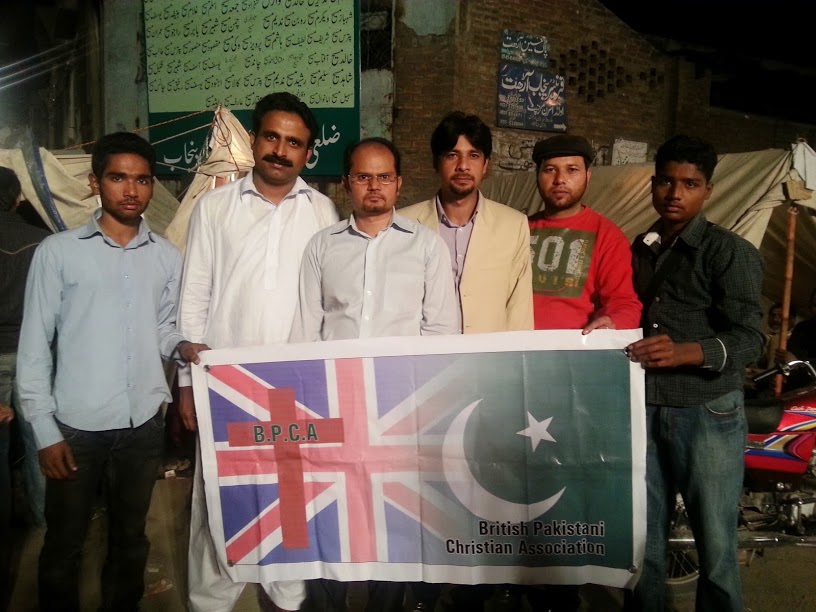