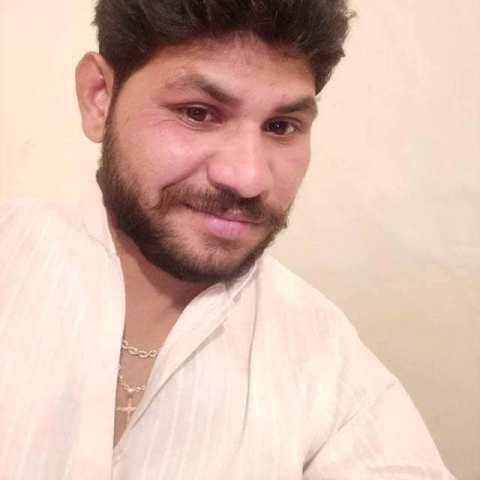 A Pakistani-Christian pastor and his family from Lahore, Pakistan are in hiding and fear for their lives after a new Christian convert from Islam won his way into the minister’s favour and became associated with the church and then allegedly committed fraud against members of the community.

After a fellow minister concerned about the pastor’s welfare requested an officer from the British Pakistani Christian Association to investigate, one of our officers Zeeshan Masih, travelled to Pastor Aamir Javed (34 yrs), to see how we could help.

Pastor Aamir met with our officer quite cordially and explained that he is under serious threat of violence and potentially being murdered by influential Muslims, despite being an innocent victim in a monetary scandal involving Faheem Abdulah who represented himself outwardly as a convert to Christianity.

The trouble started because Pastor Aamir became entrapped in a web of deceit by a man from his Church who he regretfully welcomed into the church fellowship, before properly vetting him.

It is unclear whether Faheem Abullah, the parishioner who cheated four Muslim men in a land deal by selling each of them land that he did not own, is a convert who has fallen into sin or is he ever was a Christian in the first place. Abullah would be a rare family name for a Christian, never-the-less Pastor Javed says he never suspected that Faheem Abullah was anything but helpful and sincere, even bringing him on outreaches and welcoming him into his family home. However other Christians in the community have said upon inquiry that Faheem Abullah was reluctant to say that he was a convert.

Pastor Aamir Javed has eight family members including a widowed Mother as his father died last year in May. A married brother who is 38 years old with three children and who works as a security guard. He also has one sister who is 36 years old and works as a teacher and their now retired mother who used to work as a janitor.

Pastor Aamir started his Ministry in 2005 and from 2005 to 2009 Pastor Aamir worked as an associate pastor with one of the local pastors named Pastor Sarfraz. In 2009 He started his own Church on Barki Road Cross Colony, Lahore, Cantt and after prayerful reflection named his ministry ‘True Holiness Church and Ministry’, which had been operating till recent weeks. The ministry was not able to operate after the turmoil that unfolded after Faheem Abdullah’s actions so Pastor Javed has resigned and turned the church over to the eldership..
Aamir Javed explained the situation to our officer Zeeshan Masih, he said:

“A few months ago a man named Faheem Abdullah moved near the vicinity of our Church. Soon he joined us and began to attend regularly, privately telling me he was a convert to Christianity.

“After a few weeks he donated some money to the church to help us buy musical instruments including a congo [wooden box used like drums].
“After some time however his financial situation became dire after he told us he had lost his employment. Since he and his family were struggling our church and I supported him financially.

“All the Church members including myself welcomed him into our fellowship. With the passage of time he became my good friend and started travelling with me to outreach and preach at venues, which at the time I thought was a real blessing.”

During the course of their relationship Faheem told Pastor Aamir that he had bought some land for a house and showed him some genuine-looking land registry paperwork. Faheem also explained that he had begun a real estate business which was bringing in some profit.

Pastor Aamir was pleased for Faheem and congratulated him.

“Faheem Abdullah used to come in my home and as well my sister’s home as we treated him as our family member – we were pleased that he was turning his life around and provided all the support we could give him”, said Pastor Aamir.

One day Faheem Abdullah asked Pastor Aamir to join him during a property deal he was making. He told Pastor Aamir he needed a witness to the transaction. To help Faheem Pastor Aamir asked his sister for the use of the home as it was a mutually convenient location between all parties. His sister had only recently bought her house and was pleased to allow the use of her building to help Faheem build his future.

Faheem Abdullah and a man named as Mohsin set out terms for their contract and mutually signed some papers and Pastor Aamir helped by witnessing the transaction which included a monetary transfer of 370,000 pak rupees ( £2334) to Faheem Abdullah, as a deposit for a home.

“I trusted him and believed he was a Christian and I wanted to help, so I agreed to do it. I travelled to the estate agents office and received that payment of another $3000 and also signed a document on behalf of Faheem. Much later I Iearned the payment received was for the same property that the previous purchaser was buying.”

“At the time I took the payment and gave it to Faheem. He left but assured me he would meet me the next day with his sister for some prayer. That day was Monday 25 th June 2018, and since that day he has disconnected his phone and has disappeared.

“In all this process, I didn’t realise that Faheem was trapping me in his financial fraud”

Two days later Pastor Aamir found out that Faheem Abdullah had collected over 1,600,000 pak rupees £10,100 from different people against the same property. The Muslim men who made the purchases have also since discovered that Faheem never held the actual title deeds for the property which was never in his ownership.

When the defrauded Muslims discovered that they had been duped and since they and could not trace Faheem, they turned their attentions to Pastor Aamir who was as innocent as them. On the 28th of June Pastor Aamir was kidnapped from his home and taken to a secret location under blindfold. Whilst in the custody of his kidnappers, he was tortured asked forcibly to convert to Islam and return all their monies. When he failed to give either their money or convert he was beaten soundly until unconscious. When he awoke he was ordered to sign his sister property over to the men unless he found the money to pay them back by 13th July 2018. Under duress Pastor Aamir signed the paper desperate to be released from the brutal grip of his captors.

“Now I am really worried and scared – my whole family is hiding from the men who seek us.

“My family members and I have received several death threats and demands for the stolen money from unknown callers.

To protect others from any violence we have stopped attending our church and have I have resigned as Pastor, so that no-one may attempt to falsely remove the church property from parishioners.

“We have been told that unless the money is retrieved by those who were tricked out of their money, that blasphemy charges will be laid against us.”

“Pastor Aamir has a genuine fear for his death and for violence against his family.  The sheer terror the family are facing is incredible with so many embittered Muslims seeking revenge on him for a crime he did not commit.

“Pastor Aamir is duly worried that anyone of these angry people could enact a blasphemy charge on him which would result in either his lynching by an incensed mob or death by hanging.  He now receives daily threats and neither has the financial clout or fortitude to stand up to the large numbers of people who want him dead.

“Although local police have registered an FIR against the real fraudster their investigation is both slow and seems disingenuous.  Despite calls for protection from the haters no assistance has been provided to Pastor Aamir by local police despite his having been kidnapped and tortured.

“The festering hatred that has arisen from a loss of money and compounded by the fact that Pastor Aamir is a practicing Christians, means this situation is very volatile.

“Like all Christians Pastor Aamir is vulnerable to the bias blasphemy laws of Pakistan and the widespread intolerance, a fair judgement of his innocence in this fraud case may be a long and hard battle.”

“Pakistani-Christian converts are often met with suspicion by local church members, and experiences like Pastor Aamir’s are exactly the reason why. This is not because the congregation desires to be unkind or unwelcoming, but because it is important to identify who is a genuine believer especially in an environment of persecution.

“Pastor’s must take care of their congregation and it is important to ensure that the newcomer is a legitimate convert, meaning they demonstrate sincere belief, understand the basics of the Gospel message, have been baptized, and have made a public profession of faith.

“There are several scripture passages that warn the church about taking people into a congregation too quickly. False brethren have been a problem for believers since the early days of the church and the apostles warned leaderships to beware of them.

“A new believer or someone who is new to the congregation should not be put in a leadership position. The elders were admonished not to bestow a congregant with authority by laying hands on them to soon, because you can become entangled in unknown sin. The position of a pastor is that of a shepherd and by this very title we see that they are to protect their church from predators: the proverbial wolf in sheep clothing.”

Pastor Aamir and his people are in fear of coming face to face with the Muslim men who have been defrauded. They are currently in a safe house hiding from the death threats against him and his family. The BPCA have set up an appeal to raise funds to help pay for a solicitor to protect them from any further attacks from the cheated Muslims. After beating him senseless, they ironically had no problem trying to exhort property that was not his from the hapless minister, who was just as deceived as they were. These men who were sold property that did not belong to the seller, now feel entitled to Pastor Aamir’s sister’s home and may not end with just that. This has created a very terrifying situation for the entire family.

Pastor Aamir has filed a First Information Report (FIR) with local police and they are searching for Faheem who is a fugitive from the law.  The police are not investigating Pastor Aamir but they are not providing any protection from the irate Muslims who are blaming him either.  Their inaction is particularly galling as the local police have been informed of his kidnap and torture.

Our primary concern is for Pastor Aamir and his family’s safety, so it is important that we intervene legally to protect him from any escalation of violence. Hopefully the lawyers will be to help protect Pastor Aamir by enacting a more appropriate police response, but if this fails we may attempt to raise funds to help pay of off the debts of Faheem Abdullah that were wrongfully attributed to Pastor Aamir. For now however we simply need to raise £600 to provide a Christian lawyer who will challenge local police to fulfil their duty to protect this vulnerable family. The cost of provision of a safe house for the family is £150 per month.  If you would like to donate with our appeal to help Pastor Aamir and his family please click (ਇਥੇ)

Faheem is wanted by the police and a warrant exists for his arrest. If you know of his whereabouts please contact the BPCA.

Excerpt from The Targeting of “ Minority Others” in Pakistan “Mass Deportation”