By admin10 November 2021No Comments 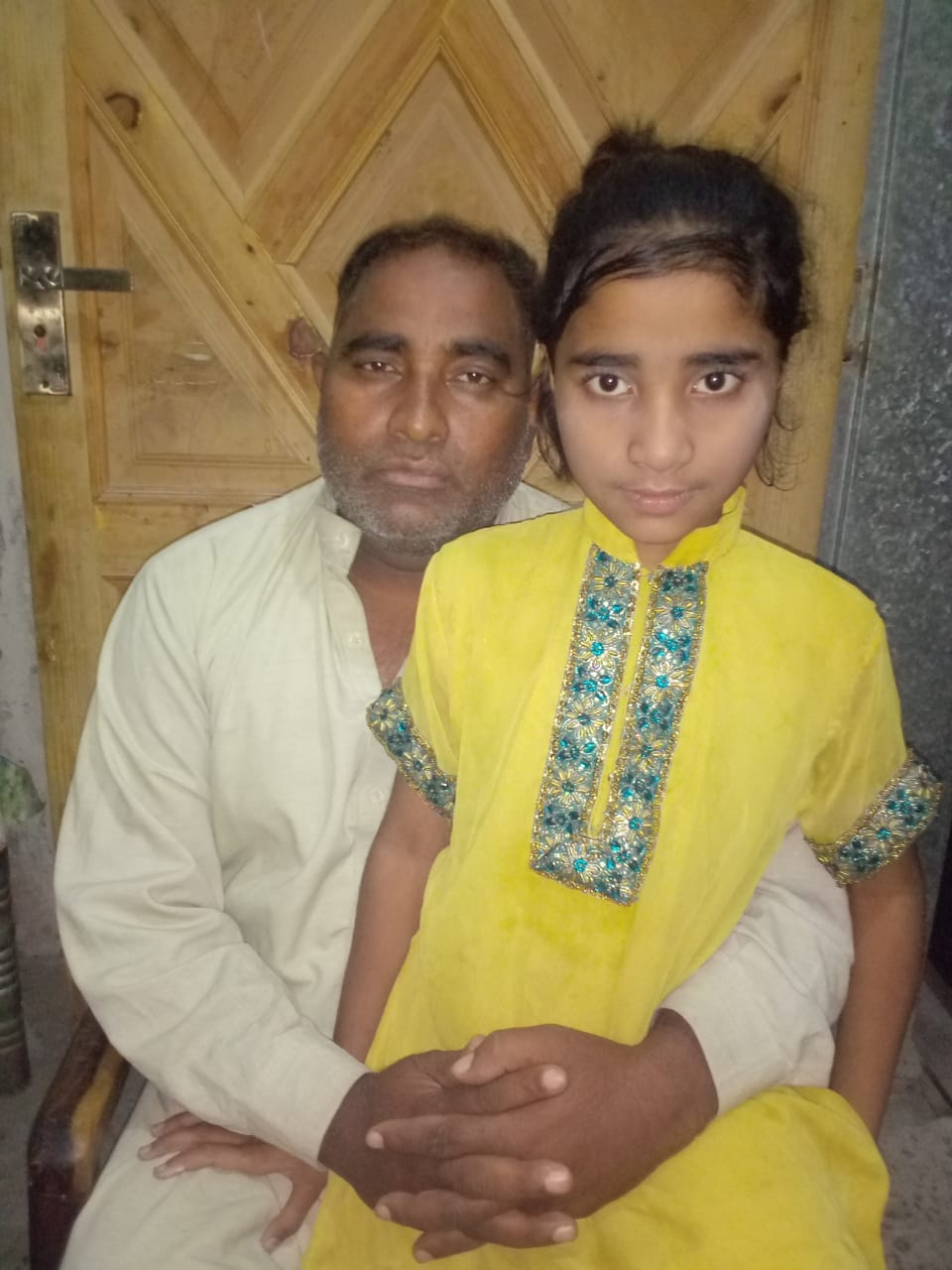 After a Christian girl of only six years was beaten and raped after being forcibly taken to the home of a Muslim man in broad daylight during September 2019, BACA stepped in to help- read more (here).

We have since then provided a solicitor and began the legal procedure to get justice, however the perpetrator Mr Muhammed Waqas and his cohorts began threatening the Christian parents with violence, further rape of Tabitha and their other daughters and financial ruin if they proceeded with a legal case against paedophile Muhammad Waqas (18 yrs). The intimidation towards the family heightened after the rapist was bailed despite clear evidence of his crime and BACA made a decision to move the family to a safe house in a secret location.  Read more (here).

Since we began our legal effort for Tabita Munir (8 yrs) and her family progress has been slow, mainly due to the non-arrival of the defence solicitors and the accused, there have also been lawyer strikes, Eid celebrations and Judges holidays that have added to an extremely large number of postponements.

We bring you up to date with court proceeding since our last post (previous post) on Tabitha’s pursuit for justice:

On 14th September the defence counsel missed a court hearing and sent his assistant to request for a postponement.  This was granted and a next date for a hearing was fixed for 24th September. Quite infuriatingly, the hearing on 24th September could not proceed as the judge was on holiday.

During the hearing father of Tabitha Munir Masih was approached by the defence counsel while standing in the court yard waiting for his son who was bringing their motorcycle from the car park.  The defence counsel tried to ply an exoneration for his client by threatening that Mr Masih could not win the case and offering him a compensatory bribe.  For those of you who are new to our website and may not be aware of Pakistan’s Qisas and Diyat laws (click here) we explain.  These laws allow Muslim rapists and murderers to escape a prison sentence by paying a bribe. For people in the west this may seem quite diabolical but in Pakistan and other Islamic nations they are quite normal and widely accepted as they form a part of Sharia law and are enshrined within the Koran. Mr Masih declined and explained what happened to British Asian Christian Association, he said:

“I was flabbergasted that the defence counsel could think me so shallow.

“He was asking me to forgive Waqas for what he did to my daughter as he was not  mature and did not understand that what he did was wrong?

“He asked me what benefit I would get from pursuing a punishment for Waqas.

“He told me that punishing Waqas would not bring back my daughter’s virginity but money could help our family.

“I just felt sick being near him.

“Waqas must be stopped so other children are safe – I don’t want the money, I want him behind bars.”

The next hearing was fixed for 13th October 2021 but after his son’s motorcycle broke down on transit to court, Mr Masih arrived late.  Using this delay as an opportunity to postpone the case the defence counsel succeeded in adjourning the hearing to 17th November.  He still had no questions prepared for the witnesses but has stated he will have questions prepared for the next date.

We are hopeful of a victorious case despite obvious intentional delay:

British Asian Christian Association, await this date with baited breath.  We believe the case will have a successful outcome buoyed by the confidence of our legal team and the compelling evidence we have.

However, the usual lengthy delays at the courts through shambolic judge holidays and excessive leniency for accused Muslims means we may be inexorably traversing to another postponement.  The delay is a common tactic by accused Muslim perpetrators who seek time and a chance to coerce or bribe their way to freedom, when against a Christian or other minority.  The Islamic judiciary inevitably due to corruption or sympathetic proclivity to Muslims, even for cases such as rape and murder, create delay to allow an out-of-court settlement.  However, British Asian Christian Association are having huge success in recent years in thwarting the process by protecting families and explaining that taking the case to fruition in most cases leads to compensation.

Tabitha is getting back to a normal life now and is doing very well at school. She wants to be a doctor when she is older and so she ‘can help people who are suffering’. Tabitha regularly attends Sunday school classes and her Sunday school teacher Maria Masih has told us she is knowledgeable in her faith. She also told us that Tabitha trusts in the Lord and understands about his love and protection and that is what has made her such a warrior.

“Tabitha has had to endure a terrible and traumatic event at a very young age.

“Faith has made her strong enough to not only cope with the demands of a legal case that is highly intrusive but also to excel at school.

“That is what makes this continual nonsensical delay by the courts so unbearable.

“The judicial system in Pakistan is known for its bias and corruption and has often been internationally condemned.

“Failure to remedy this broken system is a blight on Pakistan’s poor reputation.

“Worse still, the system is geared to enable Muslims to escape justice when crimes against minorities are undertaken.

“This impunity has resulted in the targeting of minorities which shows no signs of abatement.”

Taking on legal cases like these are an expensive business, we are also providing a safe house, school fees and providing safe travel to and from court.  We carry out similar work for many other persecuted Christians and could not do so without your support.  If you have been moved by this account and would like to help with a donation to help maintain our work than please (click here) for a number of payment options.  Alternatively, if you would like to help in any other way please email us on admin@britishasianchristians.org.

Innocent Pak-Christian man accused of blasphemy due to business rivalry acquitted after 3.5 years