By Editor26 October 2016No Comments 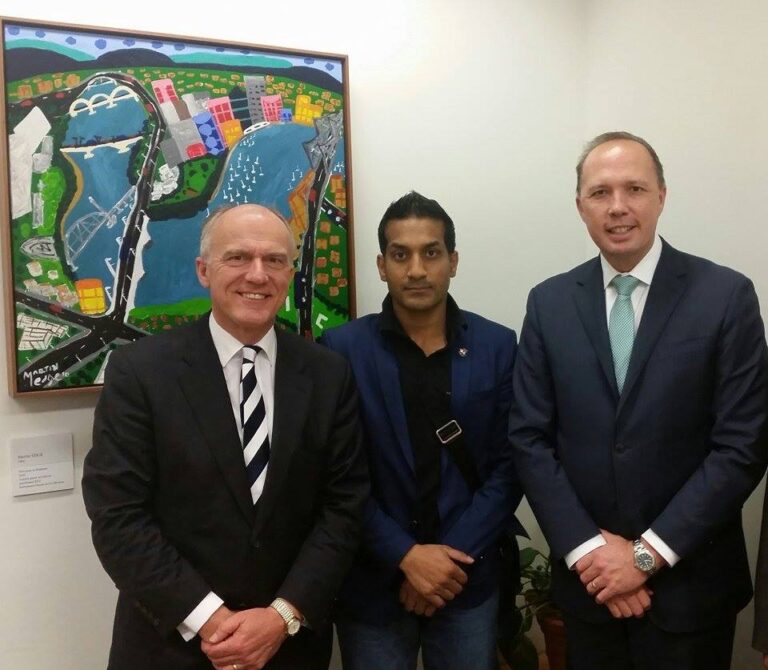 BPCA chairman Wilson Chowdhry said ‘Australia have started an innovative new pilot scheme that can be used to help Pakistani Christians to safety.
However, we need partners on the ground in Australia to make it happen, as the scheme involves
registered groups in Australia (which BPCA would become) and the need for volunteers to provide accommodation and support for a year.’

This move from the BPCA comes after Mr Chowdhry spent several weeks in Australia, talking to politicians there about the plight of Christians in Pakistan.
As a result, an Australian MP, Mr Andrew Hastie, raised a question about the iconic case of Asia Bibi, which can be viewed below:

Additionally, BPCA gained the support of Senator Eric Abetz, who joined our call to use Australian Aid money as leverage toward better treatment of
Christians in Pakistan. Senator Abetz raised the issue of Pakistani Christians and the aid on the floor of the senate after Mr Chowdhry showed him
just how bad the situation of Christians in Pakistan is – on a par with those in Syria who face the Islamic State.

He called on the Minister for Immigration and Border Protection, the Honorable Peter Dutton to look at the issue of Pakistani Christians, including
those suffering in Thailand. As a result, in a meeting with Mr Chowdhry, Minister Dutton agreed in principle to accept 100 Pakistani Christians into
the country, using the new pilot ‘Community Proposal’ programme. This was done with support from Senator Abetz, MP Andrew Hastie, Minister for Immigration
Peter Dutton and MP Kevin Andrews.

The beauty of this offer is that it does not add any burden on unwilling Australian tax-payers as BPCA will be responsible for sponsoring the asylum seekers for the first year until, they can contribute to society through employment. Of course Australians who choose to can donate towards these costs directly through us. Moreover the offer of a quota for 100 Pakistani Christians will be absorbed within an existing remit to provide 1000 asylum seekers refuge under the existing programme, there will be no extension of the project just an agreed allocation within that 1000 for the BPCA.

Mr Chowdhry said ‘The mechanics of the new programme mean that there is a practical opportunity for Australian churches and Christians to put into effect Christ’s command to look after persecuted Christians in a hands on way.

“Remember that Jesus said in Matthew 25 that how we treated persecuted brothers and sisters was part of the criteria on Judgement Day, because it is an issue of loving or not loving those who suffer with Christ. We need provision of homes and other aid for 100 Christian refugees.

“What we are looking for is churches and Christians who would be prepared to support these suffering brothers and sisters by providing accommodation, food and basic household goods for a year, as well as referring those with children to local schools and so on – English language training, medicare, Centrelink, banks, and generally prepare them for the responsibilities and rights as permanent residents.

“It will likely also require meeting them at the airport, right from the get go. We especially call on Australian Pakistani Christians who are already well integrated to help and we already have a few offers, however we will need the support of the entire body of Christ in this matter.”

Mr Chowdhry added: “This needs to be a team effort – it is in no way something we can do alone. We also need partner organisations who can help with English lessons and employment for Pakistani Christian asylum seekers, as well as donations for paying bond, applications, flights and medical assessments.

“We also need prayer for the project, and we also request that churches and people write to the Australian government to thank and encourage them over this opportunity. We are already in the process of tabling our proposal but need wider input and support urgently.