By Editor25 August 2018No Comments 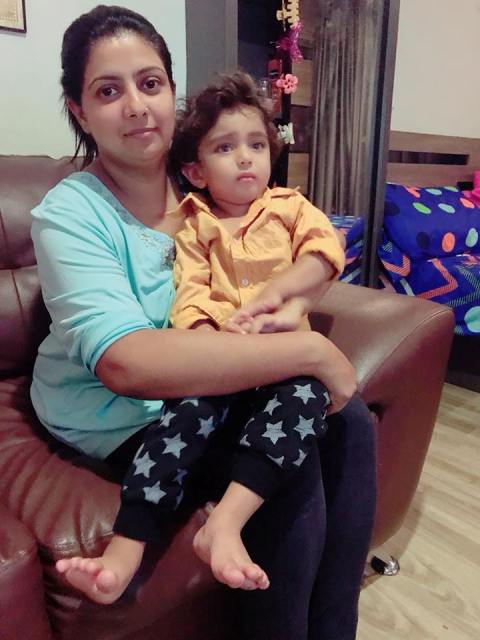 Buying milk is risky business for Pak-Christian asylum seekers as Thai police continue their crackdown. One young father Elvin Gill (29 yrs)found out just how hazardous this can be on 14 August when he left home on an errand and never came home. The arrest happened about 4:30pm in a Bangkok neighbourhood.

Elvin Gill was arrested by Thai authorities for overstaying his visa resulting in him spending four days detained in Jail, over the Thai Mother’s Day holiday before having a hearing.  BPCA rushed in to pay his court fines for overstaying his visa enabling him to escape the brutality of Central Jail known internationally for its poor treatment of inmates.  However, paying the fines is only small solace, as despite bail being posted Elvin will remain caged behind bars in the Immigration Detention Centre of Bangkok for an unknown length or time, which is only slightly less brutal.

Wilson Chowdhry said:
“Our officer told us that this family has been in Bangkok since 15 February 2013. Elvin was married while in Bangkok and there are now three in their family: besides the couple a little boy named Moses.”Elvin travelled to Bangkok to escape a blasphemy allegation, like so many other similar Pak-Christian asylum seekers the UNHCR refused his case, based on paucity of evidence. The family still had hope however, as they had been waiting for a Canadian private sponsorship. There are private sponsors in Canada who are willing to help him, they are doing this out of their own resources.
“The sponsorship process is very slow and the risks for those waiting here in Thailand are immense. Now that Elvin is being detained he leaves behind a wife and young child who have no source of income and they are terrified that they might not cope living on handouts from friends.”It is very likely a sponsorship agreement holder has recognized this family as refugees as they are the only ones who can sponsor a UNHCR rejected applicant. We hope the Canadian Visa Office will act quickly and compassionately with all those who are waiting to be rescued out of this limbo, including this family.”

“On 14th August 2018, my husband went to buy milk for my baby but was arrested by the police officers whilst enroute. The Police kept him detained in Central jail for almost 4 days because in Thailand there were public holidays.

“We only discovered that he was in jail the day before he had his court hearing and fortunately BPCA were able to pay overstay fine bringing an end to his terror amongst hardened criminals.

“We are not criminals, we came here to flee dangers in our homeland but we didn’t know when we came here that our lives would become a living hell!

“My husband and I are surviving this ordeal but our son Moses is not dealing well with the situation; It breaks my heart breaks my heart and I really feel ashamed when my son asks about his father because I can do nothing to comfort him or to help my husband.

“Moreover now I have no idea how I will support myself and Moses, we relied totally on Elvin for our finances.”

BPCA paid Elvin’s court fines and we are  monitoring the needs of his young family.

Earlier this summer we reported on how a bus load of men were stopped and held in the Central Jail. BPCA was able to pay the fines for several of them so that they could be relocated to the IDC where conditions though draconian are better than being housed with known murders and sex offenders. Read more click (here)

The husband of Naghma Shahzad was arrested during a bus raid and we also paid court fines for her husband who remains in IDC.

When men are arrested it causes a huge burden on BPCA to support families left behind.  We are not always able to help because we do not have enough regular funds to support them. If you feel moved to help us fund families who have a patriarch arrested then please donate by clicking (here)

We at BPCA hear the recurring nightmares of asylum seekers who suffer severe trauma, not only from whatever happened to them in Pakistan, but the dread of being apprehended and taken to the Central Jail, the fear that their family won’t know what happened to them or that they will be repatriated back to a life in prison or worse.

They cringe and cry out at chase given in their head, the pounding of footsteps they hear before their arm is grabbed – then waking up in a cold sweat realize that it didn’t happen – at least not yet. The fear of a stay in IDC hijacking a sponsorship is a very real fear that many asylum-seekers must overcome every day to feed their families and keep a roof over their heads.

But what’s more there are so many that are without a sponsor or family members in countries where they could receive help despite having reasonable fear for their safety both at home and in their country of asylum. We would like to see more Canadians and Australians step up and sponsor Pakistani Christians. We would like to see more British and American citizens lobby their governments to bring relief to the real abuses that these people have faced.

The Pakistani Christian asylum-seekers are at an impasse so unless someone intentionally sponsors them they will remain in jeopardy. Their plight is not the order of the day on most government’s agendas and unless someone – primarily the church – prioritizes them as a matter of concern they will continue to be pressed in between their fears and their future.

It can be challenging for sponsors because there are so many who need help. They call strangers across the world to tell their story and do not really understand the whole process, yet they are afraid of more rejection.  This can be overwhelming for potential sponsors to face such desperation, but it is the reality and it is important not to look away and to offer comfort where they are able.

September 2017 Wilson Chowdhry was interviewed by Greg Musselman from Voice of the Martyrs Canada about the ongoing crisis of stranded Pak-Christians in Thailand on the longstanding Christian television show 100 Huntley Street and even though refugee sponsorship is not part of VOM’s mandate the importance of private sponsorship by Canadian individuals, groups of five, and community groups such as churches was highlighted during the discussion. (click here)

Asylum-seekers contacting charities like Voice of the Martyrs or Caritas who do other kinds of charitable work and do not do refugee sponsorship or pressing a sponsorship group that has considerable long-term commitments can side-track people seeking asylum and have them barking up the wrong tree. When asking it is important to ask someone who is able and qualified to properly assist. Churches may not know exactly what to do, but sometimes a denomination may have a policy or a program to foster sponsorship groups in local congregations.

I had the opportunity to ask Gary Krueger, a participant in a sponsorship group, a few questions about his experience. I began by requesting that he tell me why he thinks sponsorship is so important for Pakistani Christians in Bangkok, and he replied:

“The Pakistani Christians have fled one of the most dangerous countries in the world where the blasphemy law is misused by extremists to persecute Christians. Some have been beaten and killed, some are imprisoned, and many have lost their homes and jobs and have had to leave their relatives and flee to safety.

“Although Thailand was an easy destination, it is not welcoming for asylum seekers. They are considered illegal immigrants and are routinely arrested and imprisoned. The UNHCR backlog forces them to wait for years for an interview.

“Many of the Pakistani Christians have been denied refugee status after their long-awaited interviews. Therefore their chances of being able to be sponsored as refugees are eliminated. Private sponsorship to Canada is one of the only ways to help these families restart their lives in safety.”

Knowing that refugee sponsorship can be a long and emotional process, I asked him, “What do you find worthwhile about participating in the sponsorship?” and Gary continued:

“When I heard about the plight of these thousands of people in Bangkok, in desperate and irreversible circumstances, and I was given the opportunity to try to help one of those families escape and start a new life in Canada, I thought at least I could do that.

“The need is overwhelming, but given the opportunity to do something small, I began to look for other friends that also wanted to be involved. It took a few months, a few phone calls, emails and chats to find people passionate to make a difference.

“We started meeting together regularly and have learned along the way what we can do. I love this group! Each time we meet I’m so encouraged. We are already making a difference in the lives of 3 refugee families in Bangkok as we have gotten to know them and support them. We’re hoping to be able to sponsor them to Canada and are hoping to inspire other Canadians to become involved as well.”

Despite sponsorship being a challenge we at BPCA know many families who have legitimate cases, but have been refused by the UNHCR and have had their case closed with no possibility of appeal.  There are several young families who have had husbands or parents arrested leaving young children in the care of a sole parent or even strangers. There are also those who have been approved who are waiting for government sponsorship but are still at risk of arrest and incarceration while they wait. If God moves in your heart and you have a desire to sponsor a Pakistani Christian or to financially help another group who is sponsoring please contact us (here) , let us know what you might do to help and we will do our best to connect you with other like-minded individuals or groups in your country and local area.

We have been blessed to hear of church groups across Canada who are rising to the challenge and forming groups to sponsor Pakistani Christians  but there are still so many more who remain. There are other people who have walked the sponsorship journey, you would not be alone and it is not as impossible as you might think. Often people express a desire to help a refugee and then talk themselves out of any action for a variety of reasons, but many of the reasons are not legitimate and based on a misunderstanding of the refugee sponsorship process. It is often more about time than about money, so even a financially challenged person can participate in a sponsorship group. Fundraising is much easier with a group of people than alone. There are a wealth of resources and a huge network or compassionate people to help you if you have the desire to get involved.

Anjem Choudhry convicted but is the UK prepared for a backlash.