By Editor4 November 2018No Comments 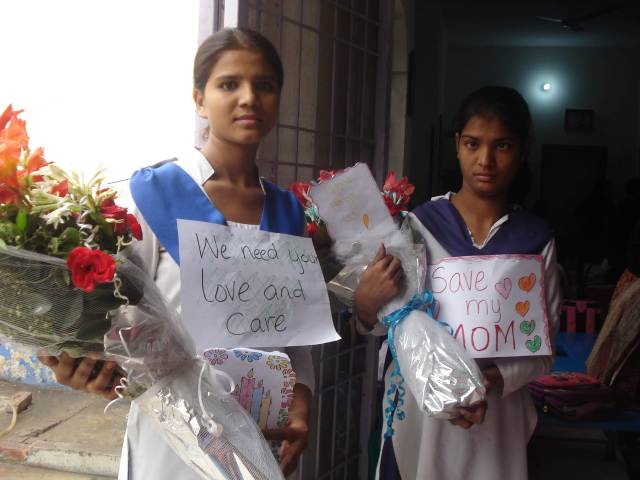 A Candlelight Vigil is to be held in the garden of St Mary’s Church Islington at the site of a Church were the first ever Pakistani Christian church in the UK began.

The vigil will begin at 5pm following an Asian Church Convention and people of all diversities are welcome to come show their support for near-10 year blasphemy convict Asia Bibi whose life stands in the balance, after Muslim rioters in Pakistan have forced the Government of Pakistan to agree to hear an appeal of her recent successful supreme Court appeal verdict.

People of good conscience are invited to attend the Convention as most of the service will be conducted in English or to join the vigil at 5pm and to bring candles that will be lit in support of Asia Bibi’s immediate evacuation from Pakistan and into the UK or any other safe western nation.

“We do not really know why after seeming so determined the government decided to negotiate with those whose interests do not support the cause of justice. The past few days have brought a plethora of emotions to all closely involved with her case.

“Some might think that these are skilful political moves especially with the IMF in country from yesterday, meant to give the appearance of justice while never really having intended to free Asia Bibi in the first place. But perhaps this is all a ruse to buy time for to help her exit the country safely?

“With all the uncertainly what I know for sure is that Asia Bibi still needs our continued prayer and support but even then we praise God for her exoneration.”

Pakistani Christians are travelling from as afar as Glasgow to celebrate just over 50 years since the historic church was initiated by Mujeeb, Najeeb and Waheeb Chowdhry early Christian pioneers whose work is being heralded as the start of Pakistani Diaspora churches which have now proliferated across the UK.  At the event British Pakistani Christian Association will be revealing their initial anthropological research of Asian Christians in the UK, which will lead to a published report early next year.  (click here)

Son of Waheeb Chowdhry, Wilson Chowdhry who chairs the British Pakistani Christian Association has collaborated with Pakistani Minorities Organisation, led by Asif Mall who came to the UK in the 1980’s to gather Christians together on this historic celebration.

The convention was planned prior to knowledge of Asia Bibi’s release but the fortunate timing has allowed for a segment of the event to be dedicated to celebrate the release of Asia Bibi and to pray for her safe exit from Pakistan with her family and carers.

Ooberfuse a Catholic band who with Wilson Chowdhry created a campaign song and video for Asia Bibi which was watched by over 150,000 people will be performing the song live at the event and a collection will be taken up in support of the family of Asia Bibi. Recently Ooberfuse reported on thousands of abusive comments after a Facebook relaunch of the video went viral in Pakistan (click here).

Only today Asia Bibi’s lawyer who successfully won her court appeal under tense circumstances has fled Pakistan for safety in the west after violent Muslim rioters who had threatened to kill him along with Asia Bibi and other people who supported her, brought the country to a standstill – forcing Imran Khan’s supine government to cave in to their demands.

Pakistan’s government has already signed an agreement with the rioters to an review of a Supreme Court appeal – previously unheard of – and to place Asia Bibi on a Exit Control List, preventing her leaving the country.

This news has caused a rollercoaster of emotions for everyone involved and now even Asia Bibi’s courageous lawyer has made the decision to leave Pakistan. (click here)

It is hoped that a personal appeal video with the family will be recorded today and aired at the Convention and vigil.

Asia Bibi needs immediate asylum in a western country but 2nd November, the Government of Pakistan caved in to the demands of violent Islamist rioters in Pakistan and have agreed to takes steps to place her on a Exit Control List preventing her leaving the country in addition to allowing an unheard of appeal to a Supreme Court decision to exonerate her. In essence the Pakistani Government has usurped the legal independence of the judiciary.

As per the agreement:

It cannot be more well put than what her lawyer Saif ul-Malook, said:

“A person alleged to have committed blasphemy cannot live in Pakistan.”

A militant mob is demanding Asia Bibi as her family waits for asylum delayed by diplomatic protocol and bureaucracy which is dangerously slow in a situation as emergent as this one. How can any nation in the western nation withhold, for any time, her immediate evacuation? To read more about why the need for asylum is imminent (click here).

Acquitted blasphemy victim Asia Bibi may be summarily thrown to the lions by the world if her family is not quickly given asylum in a foreign country and anything that delays her exit from the country may yet seal her fate.

“Every moment that she stays in Pakistan Asia Bibi remains a lightning rod for radical extremists.”

BPCA is appealing to the UK, USA, Australian and Canadian governments for her family and guardian’s family to be given immediate asylum as they need to be urgently evacuated from the situation. We are speaking to leading politicians who have supported the work of the BPCA before.

We must mobilise supporters of Asia Bibi to sign this petition
(click here) urging Jeremy Hunt Secretary of State for foreign affairs to make urgent representation to obtain safe passage to the UK. Asia Bibi has no offer of guaranteed asylum and an embassy they have approached is delaying a decision causing alarm to the family. Read more here (click here)
We are also appealing to France and Spain, who have already offered asylum to expedite any offer and urgently evacuate them.

The family have asked BPCA to provide support to help finance their security and evacuation to and from Pakistan. Whilst in the UK we presented £3000 in cash to Ashiq Masih in two tranches of £1500 as per his request:

Ashiq Masih after Wilson Chowdhry travelled across Britain to support the family during conferences organised by Catholic Charity Aid to the Church in Need. This Image was taken outside Shrewsbury Cathedral.

Don’t worry we also have an official receipt from the charity we partner with for the family’s protection. Moreover, on news that Asia had been exonerated we immediately transferred via bacs a further £3000 to the family to help with burgeoning costs for their protection and shelter and for ongoing legal costs.

The family of Asia Bibi have often decried charities that claim to be helping the family who do not offer any help but run appeals they have always been open with us as our support has been genuine. There is still a huge need for this family and if you have the desire to help please donate by clicking (here)

Succour for the Homeless

WITNESS FOR MERIAM AT SUDANESE EMBASSY 6/6/14