Village submerged in water forces Christians onto streets – 8 Christian villages have been completely destroyed in the floods.

By Editor11 September 2022No Comments 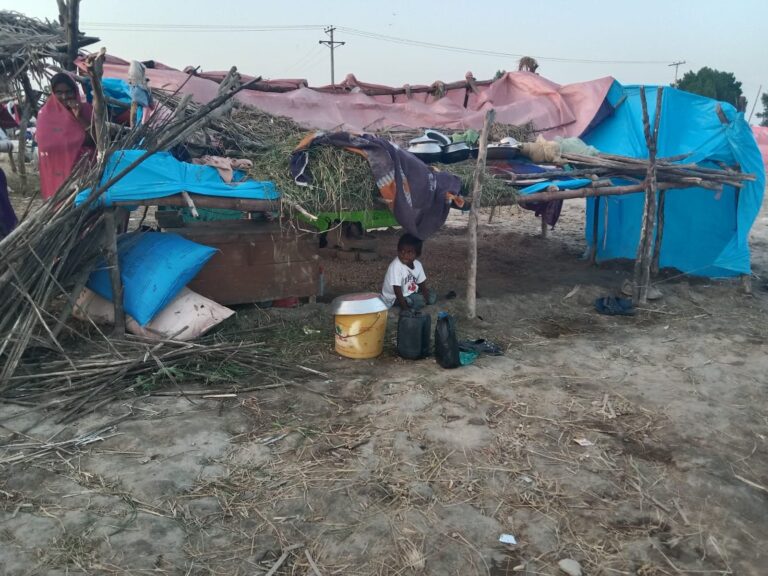 Since mid-June 2022, tens of thousands of people in Pakistan have been forced to flee their homes following deadly floods across Pakistan (click here).

After some day we were informed by Pastor Musa that another community of Christians in the village of Kipro Sanghar were also homeless and hapless due to the record-breaking deluge.

Although the Sindh Government is trying to reach as many people affected by the recent deluge to provide aid huge swathes of people still remain unreached by either them or any NGO.

On 5th September we made our first contact with the  Christian community at Kipro in Sanghar District, Sindh.

last week we reported that 5 Christian/Hindu communities had been devastated by the floods and their people left near starvation.  Since then three further communities including Khipro have been brought to our attention and we are striving to help.

Video: Pastor Paul explains how floods have left people desperate and hungry he pleads for help.

Pastor Paul Masih a resident of Kipro, Sanghar the informed us about difficulties his church members were facing.  A community of 30 families were forced to find refuge on the higher ground of the road passing by their village.

This village was completely submerged when monsoon rains fell in mid-August. These families have been reached by NGO’s previously and some had access to some worn out tents that they were able to use as shelter.  Others pieced together bits of clothes and bags and have bene using these for shelter.  A few families had nothing to cover them and have been living without shelter through the monsoon.

Since the flood the families have struggled to obtain water and food which they explain is ‘due to a lack of money’. Like many families affected by the floods this has left them all near to starvation.

Video: Christian man describes the degrading state of Christian families made homeless and bereft of possessions after Pakistan’s record inundation.  He pleads for food and mosquito nets as people are near starvation and prone to illness and disease.

These Christian families work as labor at local farms owned by Muslim landlords. The lands of Sindh are Arid and dry yet these farmers work hard in the fields to ensure an annual agricultural yield has been profitable for their bosses. Essentially their work is unpaid the payment terms they have agreed on means they get a small percentage on the yield of the crops that are produced. The landlords pay for the fertilizers and water irrigation system and these workers till the land. A tiny percentage of the profits is then shared with these workers once the harvest is yielded.   When the monsoon rains destroyed all the farms in Khipro it nullified a whole years work and has left these deprived Christians with nothing.

Mr. Jairam, one of the residents of Khipro spoke with BACA officers, he said:

“There is no guarantee for a farm worker.

“If harvest yields are low we get paid a smaller pittance than usual.

“I remember several years when I was paid absolutely nothing because the lands did not produce, we had to borrow from friends to survive and sold our goats.”

“The work is hard and unappreciated.

“We are illiterate pariahs if we don’t take these jobs we will either starve or find even worse jobs elsewhere.

“We have come to terms with this lifestyle and await a time when we meet God and our burdens are taken away.”

These Christians are no more than serfs in a land that has failed to free itself from its feudal past.

Video: A local villager reveals the plight of the Khipro community while appealing to BACA to provide mosquito nets and food. An English subtitled version of this video will be uploaded later today.

Most of these Christian breed livestock such as sheep and goats on small strips of land that they are granted by their landlords. I times of trouble these are sold off to help them survive.  The women have all been selling their gold jewelry which was given to them as dowries for their weddings.

The community of Khipro has moved to higher ground on the road sides next to their mud houses, since 3rd August. A local politician has been providing small packets of cooked rice once a day to each family which is not even enough to feed one person.  Though they have been grateful for the gift it has left most of them emaciated and malnourished – parents forgo food to ensure children are better fed.

Christian man borrows money from Muslim feudal lord at high interest rates as he tries to provide food for his family.

Not one family has received any Government relief aid only the personal donations from the local politician, who has asked them all to vote for him.

Most of these families are facing bad health with complaints about bad stomach pain, diarrhea , vomiting, fevers and other symptoms. It is feared the stagnant water around them has become the birth place for many water born diseases such as Cholera and Dengue Fever or water-related illnesses like Malaria.

Pastor Paul has asked BACA to help his church members and the local Hindu community with mosquito nets, food and medical supplies. We have already began organizing this an will report back to you with progress in the coming days. The cost of purchasing and delivering these supplies will be in the region of £700. If you would like to help us feed and support these families and many other Christian families at a total loss since the recent record-breaking inundation please donate (here).

“Our homes are submerged by the water.

“We have been living on the streets for over 2 weeks it has been debilitating.

“It has left us all in tatters.

“Our children have grown weak for the lack of food and many of us are ill. .

“We don’t know how we have survived so long but it has been through God’s strength.

“No government agents or NGO’s have offered us any help.

“There are mosquitos everywhere, we desperately need mosquito nets and food”

The water has not yet receded from this community’s homes, and it is expected that full drainage will take at least a further month. All the hard work during this season has laid waste by the rain waters.

A report shared by the Sindh Government about the distribution of relief aid in flood affected areas shows that the Government was able to distribute 5385 tents, 8700 Mosquito Nets and only 2000 food ration bags.  Yet so far not one Christian village has been reached.

“The extent of damage on Christian villages is phenomenal.

“We reveal new village after new village as we are the first point of contact for most of these Christians, once they finally have telephone services restored or can travel for help.

“Every story is identical no Christian/Hindu village has been met by Government aid officials or Muslim NGO’s.

“In the meanwhile this beleaguered people find themselves emaciated and near starvation.

“Villagers in all village are describing medical conditions or symptoms that create fear of severe spread of waterborne infection.

“This is a calamity of a scale that has never been seen in the country before and Pak-authorities are unable to  cope with it.” 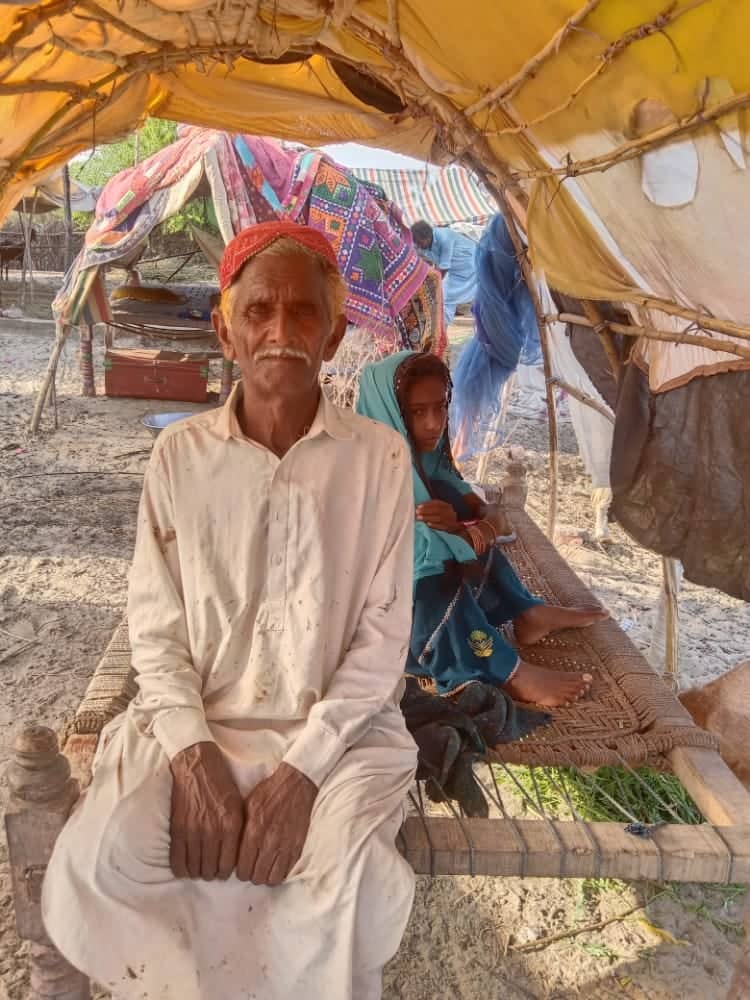 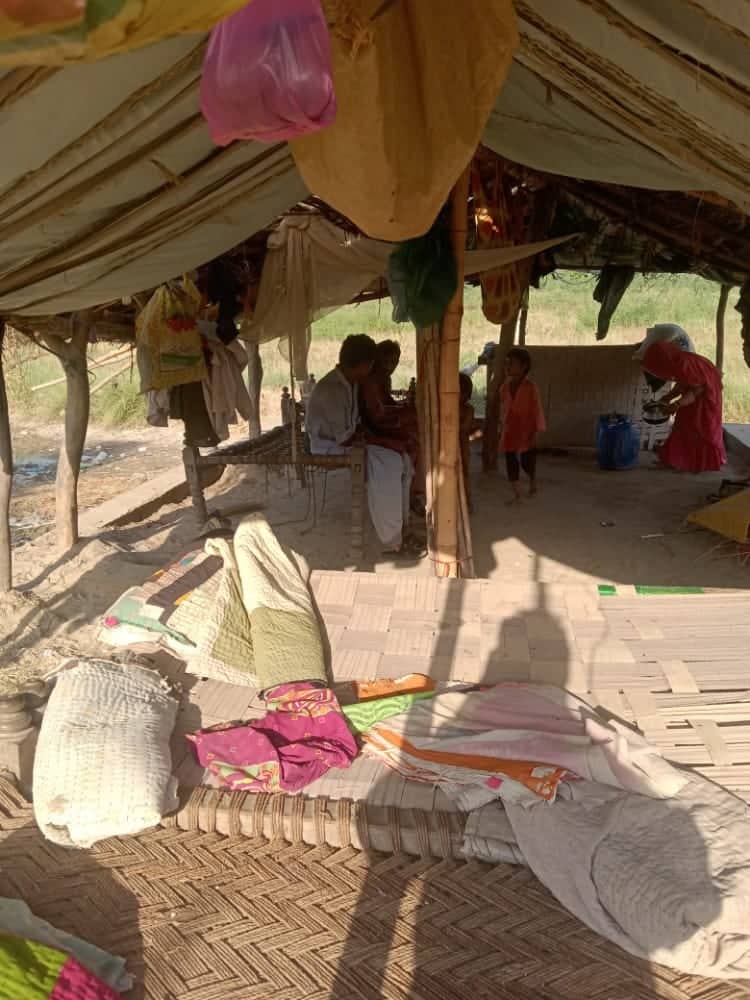 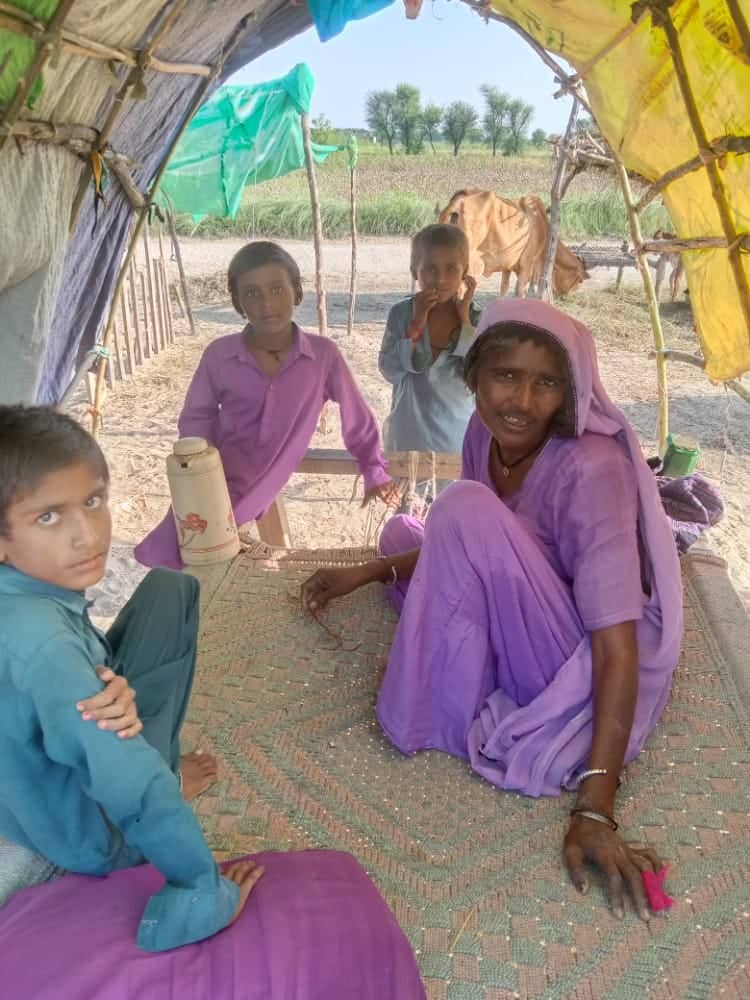 British Asian Christian Association, is continuing to provide monthly food packages to detainees at the…