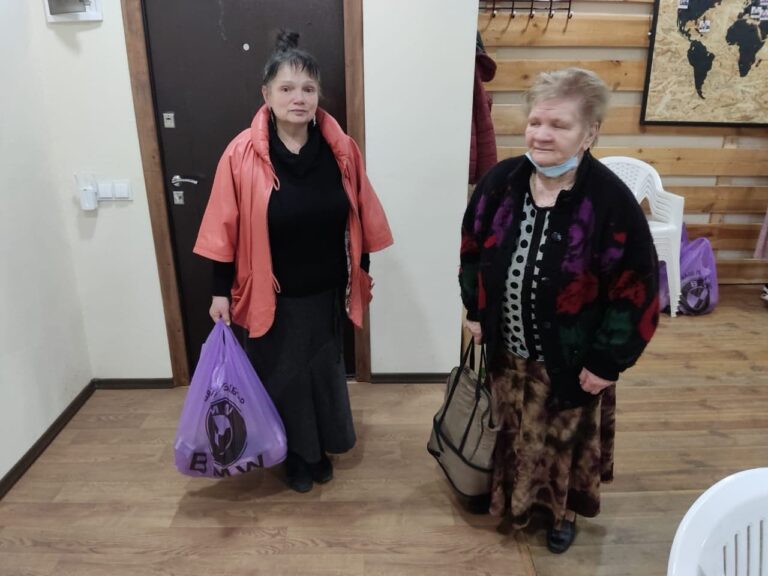 When Russia shocked the world by initiating a war with Ukraine (click here). British Asian Christian Association’s trustees agreed to find ways to support both people fleeing the war and those choosing to stay in Ukraine.

“When the Russians began bombing the oil factory in Odessa a few days ago (click here), even more Ukrainians began leaving Odessa.

“When the Moskva flagship destroyer was sunk 3 days ago, we were advised that the risk of attack to Odessa had reduced (click here). Sadly the Russian media has run a large story on this in their agenda to spread negative propaganda and galvanise support for the war (click here).

Pastor Vasilev has requested further support as we believe the current demand for food equates to about £500 a month. Ukraine is becoming increasingly dependent on food aid and cities like Odessa untouched by war, we can help in a small way. The fact that Pastor Vasilev is providing direct support means that our aid is guaranteed to reach people that most need it.  As news spreads of this work we are sure that more desperate people will seek help and we will be reviewing levels of assistance accordingly.  If you have been moved by this account and would like to help us reach our aid target for Ukraine please donate (here).

Pastor Vitali has has noticed that many families are travelling back into Ukraine.  This is especially in regards to people who live in Odessa. This may be due to the fact that the city remains unscathed and because of the encouragement in Ukraine after the Moskva destroyer was sunk (click here).  After all, it was the emergence of the Moskva in their local waters that had caused a mini exodus from Odessa.  Now some Odessans are looking to be reunited with their families.

If you have watched the video and are moved to help with our work in Moldova, then please donate (here)

Pastor Vitali has already helped over 60 women and children as they transit away and back to Ukraine.  We share a previous article with videos and images for those of you who missed it in our last newsletter (click here).

Next week Ukraine will celebrate Velykden [The Great Day] (click here) this is the name they give for Easter or Resurrection Day as it is increasingly called in the UK. The delay in their Easter in nothing to do with the war but because the Eastern Orthodox Church follow the Julian Calendar (click here) not the Gregorian Calender (click here).

Pastor holds services three times a week to save souls in Ukraine.