By admin7 April 2022No Comments 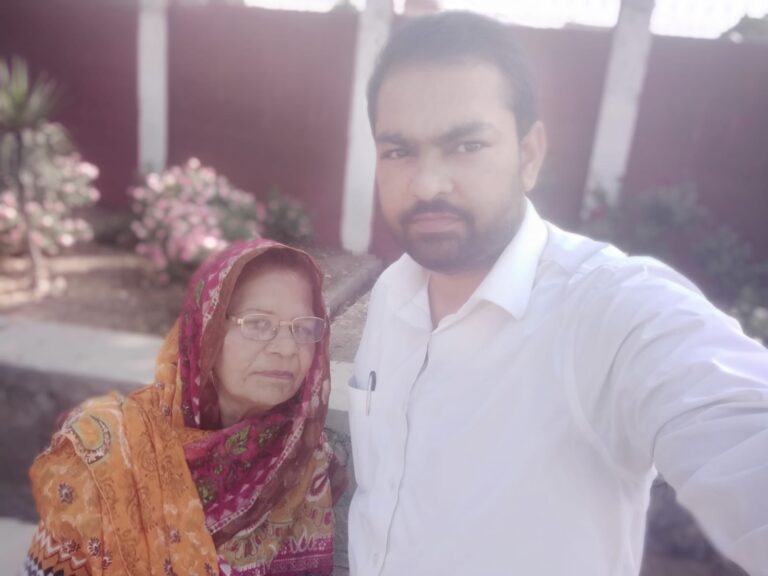 Fears that Zafar Bhatti (55 yrs), Pakistan’s longest serving blasphemy convict could be the first ever to be lynched heightened after a judge increased his sentence from life imprisonment to death on 3rd January 2022 (click here)

Judge Sahibzada Naqeeb Shehzad, of Sessions Court Rawalpindi made this ruling despite clear physical and electronic evidence of the innocence of Zafar Bhatti.

No forensic evidence exists for any blasphemy by Zafar Bhatti, in fact every piece of physical and electronic evidence suggests he is innocent.  Zafar Bhatti however was convicted based on an unsubstantiated report declaring his guilt, made by police in the early stages of their investigation.  During that investigation Zafar Bhatti states he was coerced into a false investigation under a brutal police interrogation.  Read time line (here)

Zafar Bhatti could still be killed any day under the terms of his blasphemy conviction under Section 295C of the Blasphemy law of Pakistan.  Read more (here).

On 10th March, A BACA team visited Adiala jail to meet with Zafar Bhatti and to supply him with regular monthly grocery and sanitary items as per our commitment to him.

Before journeying to the jail they collected  Nawab Bibi from our safe house provided for her and prayed with her before taking to meet her husband.

The couple as usual were please to be reunited with each other even though there are so many restrictions and watchful eyes.  Seeing their love for one another is a thing to inspire couples their loyalty to one another has never waned and they exhibit a youthful passion for one another, even after being forcibly separated by the cruellest of justice systems.

Only injury and illness (which has to be severe) keep Nawab Bibi away from her monthly visits.  We pay for these entirely and ensure she is safe while journeying.

It has been 10 years since Zafar was accused of blasphemy and placed in a jail.  However, he was buoyed by some good news.  He told our Operations Manager that his  ECG examination has been completed by a jail medical board and that the ECG result displayed serious cardiac concerns.

Zafar told us that doctors had advised him that his treatment is not possible in jail and that they had attached his ECG result with his medical report required by the court.  This is good news as it would bolster our application for his release on medical grounds.

The jail medical board have confirmed to us that they had dispatched Zafar’s medical report which was received by the court – they have not yet shared content. It was hoped that on 17th March, the court would hear the arguments on the report however the case was left unheard due to the absence of the complainant and was fixed for 4th April.

On 4th April, without any prior notice the case was transferred to the court of Justice Sadaqat Ali Khan and scheduled for 9am instead of 11am. As we knew nothing of this change the appeal was heard in the absence of our legal team. Worse still, the suspension appeal was dismissed without hearing any arguments.

However Advocate Naseeb Anjum prepared the documents again and submitted them in the office of the court registrar and they have been accepted for a hearing. The hearing will be fixed for a date after the current Islamic Ramadan (Islamic month of fasting and one of the five pillars of Islam).  We will keep you posted on this.

If the judge presiding over the case refuses to release Zafar on health grounds again BACA will not  wait for 2 years for the next appeal window, but will make an application for bail based on discretionary powers afforded to judges.  This option however is based on judicial whim and will be a last resort to prevent a 2 year delay.  Ground for such are hearing are:

Zafar has been sharing the Gospel with prison staff and wanted to share this important celebration with them.

Zafar remains confident of his release, he said:

“I am thankful to [BACA] and all their supporters for helping me with my regular groceries and supporting the legal costs to fight for my freedom.

“Nawab and I are boldened by the strength you give us and thank God that all around the world people are speaking up for us.

“God has stayed with me during my [near ten] years of incarceration and am strong enough in my faith to endure this persecution.

“I believe God will release me when He is ready on this earth or the next.

“In the meanwhile I continue to share the Gospel to the wardens and am hopeful that many will be touched by the Word of God.

“Please continue your prayers for Nawab and I.”

During our visit Zafar Bhatti made a request for an Easter cake that he could share with prison wardens to celebrate the resurrection of Christ.

“In life or death, I will be a witness for my Lord.”

“I will proclaim the resurrection of Christ through cutting cake with the jail superintendent who has promised to come to my cell on 17th April and cut cake with me.”

Zafar is worried about his wife who is 17 years older than him. Nawab Bibi is almost 73 years now and even in her frailty she has not given up visiting her beloved husband, in jail. Nawab visits Adiala Jail every Thursday to spend the maximum time possible with her husband.  She is always accompanied by a BACA officer – a service that we have been providing for many years.

“It takes me three days to prepare for the visit.

“I have to buy vegetables and other cooking items for Zafar.

Nawab Bibi is showing signs of her age and has begun to struggle with washing her clothes by hand. British Asian Christian Association would like to buy her a Washing Machine which will cost £100.  We also need to continue the costs associated with Zafar’s legal battle, the safe house for Nawab Bibi, costs for travel to prison and groceries for both of them.  If you are able to help us support this couple then please donate (here).

BACA are calling for supporters to write to Pakistan’s president calling for a presidential pardon under article 45 of the Pakistan Constitution.  We also implore supporters to  sign our petition and pray for Zafar and his wife as his death could be pronounced at any time whether we secure bail or not.

BACA and the couple have been buoyed by a recent letter to Pakistani Authorities from MP Mika Nikko of Finland calling for his freedom and challenging the veracity of the recent verdict.  More countries must flow suit say’s Juliet Chowdhry, Trustee for British Asian Christian Association.  Read more (here)

The Targeting of “Minority” Others In Pakistan