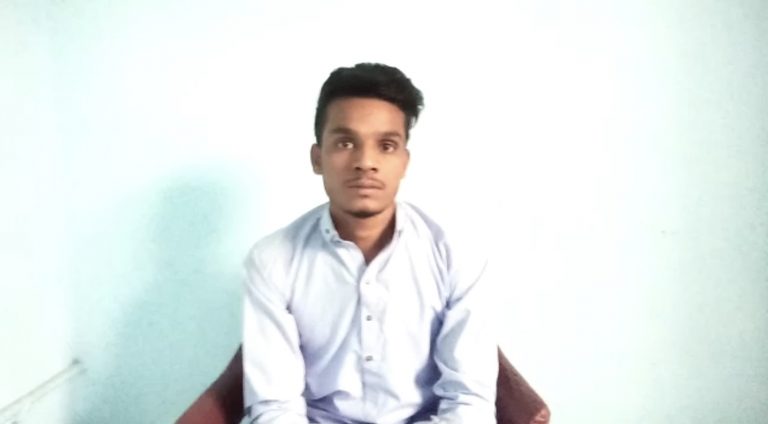 Free at last! Nabeel who was 16 when convicted of blasphemy enjoys his new freedom at a secret location.

Accused of blasphemy as a teenager, Nabeel Masih (20 yrs), was set free from prison on bail after a 2 year battle by BACA, who took over the case after several Christian charities failed to get any movement. Read more (here)

Watch video of his release (here) if you cannot access the embedded video.

Despite real concerns about the safety of Nabeel Masih when entering and leaving, Pattoki District Court have refused a petition for his absence from proceedings.

At a hearing on Saturday 24th April 2021, Magistrate First Class Shamroz Iftakhar, dismissed the application of Nabeel’s absence from court despite the desperate pleas of Advocate Naseeb Anjum.

During the court hearing Mr Anjum argued and implored the courts for Nabeel’s absence based on safety concerns, he said;

“The critical nature of this blasphemy case demands the absence of the accused from court to avoid any calamity and to preserve an atmosphere of justice and fairness.”

“Absence from court is granted in cases where there are more than one accused so it can’t be granted.

“Nabeel should have not been out on bail if you are afraid of calamity.

“At the next hearing I will hear the arguments with Nabeel present.”

“We are very concerned about the safety off Nabeel Masih.

“In 2010 two Christian brothers were shot dead before a court in Faisalabad after being acquitted of a false blasphemy charge (click here).

“In many blasphemy cases the accused is kept away from courts for their safety, one only has to bring Pakistan’s most famous such case, that of Asia Bibi to see that this is possible – a precedent exists.”

“The deliberate attempts to thwart justice by imposing the dangerous court attendances of Nabeel Masih, is a poor indictment of the bias in the Pakistani court system.

“We hope and pray for an acquittal and for the safety of Nabeel Masih during this whole process and call for other Christians to join us in prayer.”

The next hearing of Nabeeel Masih is fixed for a date after Ramadan. We call on people of good conscience across the globe to seek the intervention of their MP’s, Senators, Lords, and Congressmen. If we are to save the life of Nabeel Masih, global leaders must call for fairness and due care in the Pakistani courts for Christians and other minorities. Nabeel must be protected from the extremists that seek his death.

BACA has increased security for Mr Masih and have ensured that local police are involved in his security detail.

BACA supports a number of rape then forced Islamic marriage victims and Blasphemy victims in Pakistan. With your support we can continue to do so. If you are moved to help please donate (here).

The appeal is over, but we must continue to pray for Asia Bibi, the Justices and for Pakistan

Ashiq Masih husband of Asia Bibi; “How can I tell my children their mother is not free? This will kill them!”