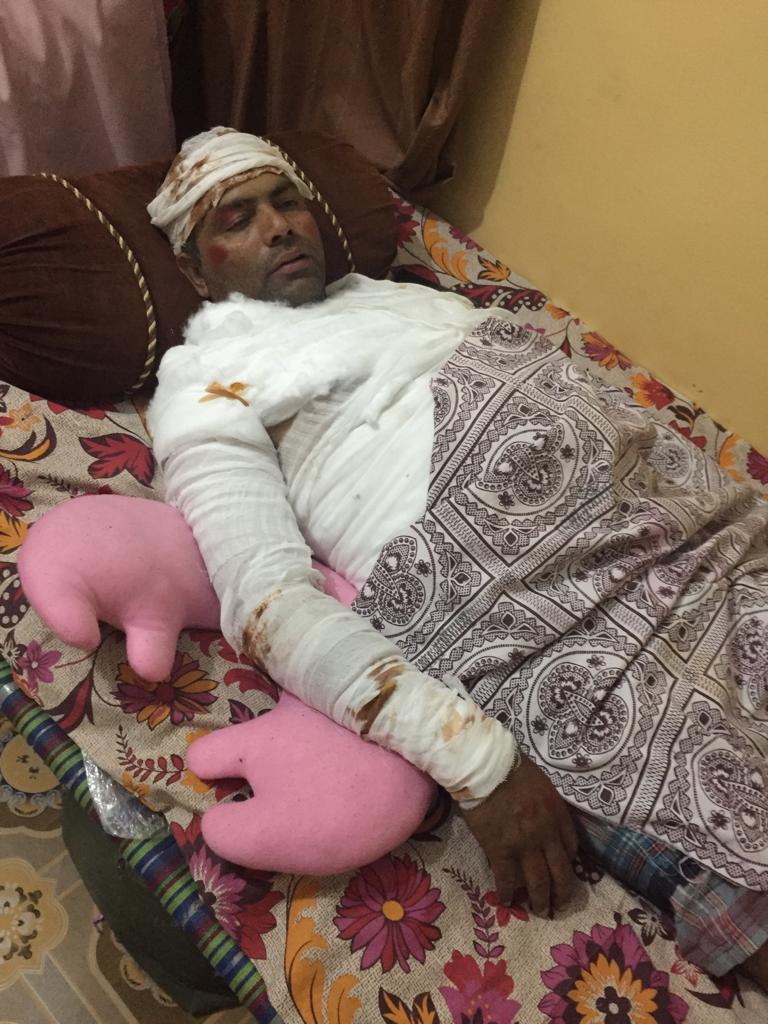 A Pakistani Catholic named Michael D’Souza, had been brutally assaulted by Muslim thugs in a suburb of Karachi on the 17th of March 2017 whilst going about his work as a tuk tuk driver.  The attackers burned his tuk tuk (also known as a motorized rickshaw) which was his only source of livelihood.  Images of Michael, beaten, bruised, and bloody, after he was discharged from the emergency room are alarming especially as he had once fled his homeland to escape the very persecution that he has now suffered.

Michael’s story is painful but not isolated and many Christians face similar of not worse persecution.  His story begins when a number of Muslim men arrived at Michael’s father’s funeral, supposedly to pay their respects. The men quickly turned the conversation to Islam, for no apparent reason than because Michael seemed young and vulnerable and demanded that Michael and his family convert. Michael refused: “I know only Jesus,” he declared.

The men response seemed to create a deep animosity amongst the Muslim men and they threatened to kill Michael and marry his wife and teenage daughter off to Muslim men.

After that incident, another Muslim robbed Michael at gunpoint but to save themselves the perpetrators of the crime publicly accused him of committing blasphemy, a charge that often incites violent mobs eager for Christian blood. Michael took his family into hiding, and eventually fled to Thailand, with his entire life’s savings (several hundred pounds sterling). There they waited for five years, hoping the UN would grant them refugee status.

Their application was denied, as was their appeal. They were thrown into a Thai detention centre, enduring terrible conditions. They lived there for eight months, before they finally begged some generous friends to help send them back to Pakistan and they applied for voluntary return. Their for children have spent much of their upbringing on the run, or in the brutal Thai Immigration Detention Centre.

Several NGO’s have picked up their case and are applying to Australia and Portugal for asylum for the family.  Please keep them in your prayers.

A brief survey of apostasy related hate crime against Ex-Muslims