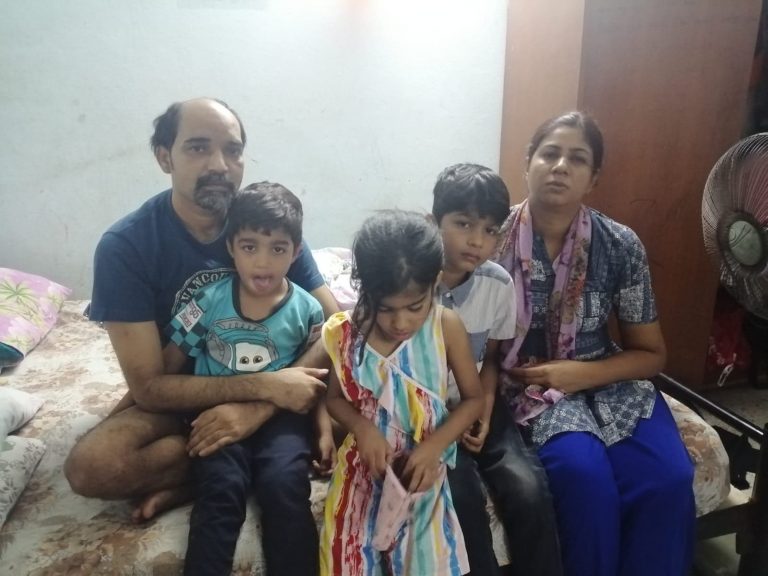 BACA continues our work supporting the Pakistani Christian asylum community in Thailand and we are pleased to announce the release of another person from the brutal Immigration Detention Centre (IDC) of Bangkok.

Sapna Charles has been supported by BACA for 22 months and her family who have recently been granted asylum in Australia, hope to complete the process soon. Two months ago Sapna asked for us to release her husband based on his new status as a potential sponsored asylum-seeker abroad.  Charles Bhatti was arrested on 11th October 2018 from his home for being a tourist visa overstayer.  This is because Thailand has not ratified UN Conventions for asylum and liberally arrest Pak-Christians, when space becomes available in their IDC – even if UN approved and having sponsorship.  Pak-Christians make up by far the largest body of asylum seekers in Bangkok.

On 11th August 2020 Charles Bhatti was released on bail after BACA paid a fine of 50,000 baht (£1229). An application was made in Late May and was fast-tracked because of the dangers of COVID-19 and the fact that Charles is a severe diabetes patient.  Officials from the Royal Thai Government, Immigration Department were very helpful and efficient and made the process easy and quick.

The family are now recovering well and have expressed great joy in being reunited:

“God has been gracious to me.

“I have not touched or seen my wife or children for almost two years.

“It has been a very difficult and tough time for me.

“Many times I thought of giving up our asylum and returning to Pakistan where it is very dangerous for me to go, just so I could be with my family for a short time.

“During these times encouraging words from Christian brothers, including John from the BACA kept me focused.

“I pray for God to release us from the dangers of Thailand, where I have been stagnant for 6 years.

“We still hold illegal status here and I cannot officially work and pray for God to move us swiftly to our new home.”

We would like to thank all the donors who made this possible as you can imagine reuniting families in this manner is what makes our work rewarding.  We have supported Sapna and her children through the most difficult time of their lives and have now reunited them with their patriarch, God made a way for this family and we rejoice in His grace and mercy.

Currently we have a waiting list of three other individuals seeking a way out of the brutal IDC in Bangkok for each one we will need to raise 50,000 baht (£1229).  We are also providing two new families with financial support by the way of a grant of 3000 baht (£73.80) per month (, there are many more seeking help.  If you can help with these costs and want to make a change to the lives of Pak-Christian asylum seekers in Thailand then please make a commitment today and donate (here).