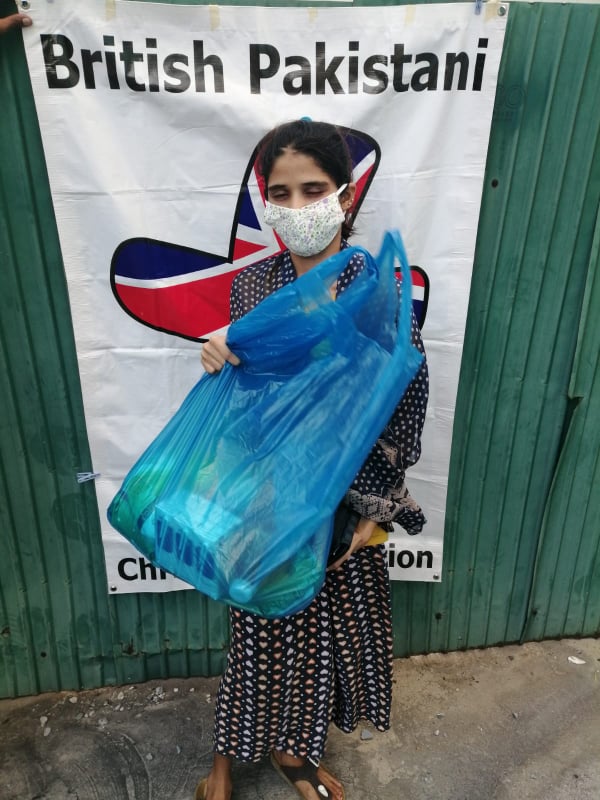 As the lockdown in Thailand gets closer to a months duration many Pak-Christian families are feeling the pressure of no income and a reduction in the help received by local charities.  On a daily basis our officer in Thailand, John, is receiving calls from families seeking help with the basic necessity of food and of course rent.

Though we have not begun any grants towards rent which would cost around £60 per month, we have began our food programme. Over 15 families were given supplies including cooking oil, rice flour, spices, milk, salt sugar and pulses.  Our officer John placed himself at risk of arrest and detainment in the brutal IDC to ensure that other members of the asylum community had enough food to feed themselves during the COVID-19 pandemic.

Please watch this video using this (link) or the embed below.  It details our work in Thailand.


Since the outbreak escalated in January, Thailand has reported a total of 2,473 cases and 33 fatalities, while 1,013 patients have recovered.

Nevertheless, the living conditions of many refugees around the world, whether in camps, urban settings, or detention centres, continue to make social distancing impossible. This poses the greatest threat to not only refugees themselves, but the community at large. Advocates and medical professionals say that releasing people from immigration detention and lifting the living standards of those in the community can help curb the spread of the disease. British Asian Christian Asian Christian Association has been calling for the same since the outbreak and have emailed Thailand’s Ministry of Interior and Foreign Office expressing our concerns.

Pak-Christian asylum seeker families fled their homeland to flee persecution, but say they now face similar conditions in Thailand. Many of them feel that their life is already in quarantine as they have been sharing one room with other family members for years and only come out when shopping for necessities or working in exploitative black market employment contracts.  These unlawful work contracts that allowed asylum seekers to feed their families for a day have now been terminated.  Even when working there was not much of an income so when panic-buyers began to hoard asylum seekers could only watch the cost of food rise, they could not purchase any reserves for themselves and simply began rationing what they had.

COVID-19 has made life for these asylum seekers even worse as stepping out of their home makes them extremely visible with so few people on the streets.  Fears grow that many arrests will follow, leading to further overcrowding in the Bangkok Immigration Detention Centre (IDC). Moreover already unscrupulous landlords fearful of lost rent are pressurising the frightened asylum seekers with evictions unless due rent is paid. Many of the asylum seekers in the community are women with young children who have been released from the IDC, via a bail system. With their husbands already detained indefinitely these mothers are facing extreme stress and anxiety.  BACA was supporting five women living under such conditions and would like to help more but require your help to do so.  Each supported family requires a donation of £60 per month and if you feel moved to help support one of these vulnerable mothers with young children you can find several options for donations by clicking (here)

In the meanwhile thanks to a donation form friends of BACA in Australia who have seen first-hand our work for the community, we are hoping to support a further 20 families with our 2 week food donations.

“Bangkok has become a dangerous place for asylum seekers who have become more visible to statutory forces aiming to detain them and force them to leave the country.

“If detained in the brutal IDC of Bangkok asylum seekers risk being crammed into large rooms where infection would spread through hundreds in hours, if COVID-19 enters the building.

“It makes no sense that these detainees are being kept in such dangerous conditions and they should all be released immediately and supported in safer self-isolated conditions.

“By failing to heed warnings of experts the Royal Thai authorities risk being internationally condemned if a major incident occurs.

“We pray for a more common-sense approach to this pandemic by the Royal Thai Government.”

Struggling asylum families need immediate help with food and rent and we will maintain an ongoing appeal for them. If you wish to help Bangkok based Pak-Christians please (click here)