By Editor17 October 2021No Comments 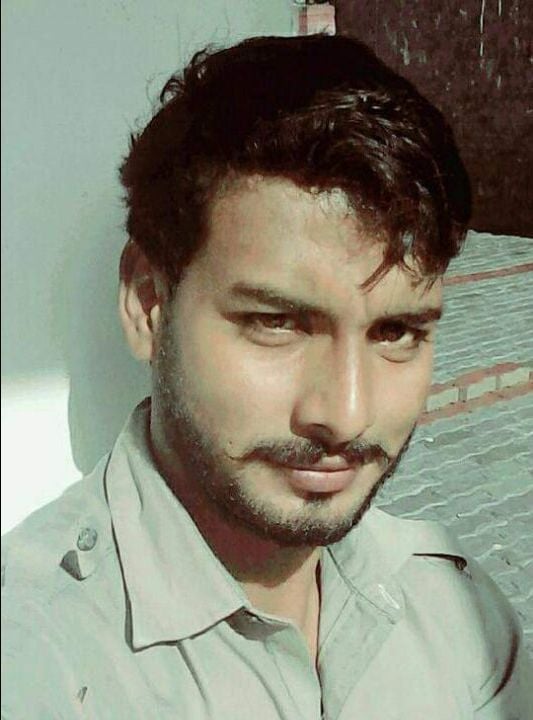 A father (Shabir Masih [56 yrs] ) who has waited almost a year for justice for his son and wife who were shot dead by neighbours for being Christian has spoken out about the judicial decision that has resulted in death sentences for the murderers.

Yasmeen Bibi (55 yrs) and her son Usman Masih (26 yrs) were brutally shot dead by Muslim man named Hassan Shakoor Butt and his friends during an altercation.  The argument stemmed from a perceived ritual impurity brought about by sewage water that ran from the Christian house past a local Muslim shrine under Mr Butt’s family’s care.

The water course was in place before the shrine was created by the contractors responsible for the development of the area. and was not a feature planned or designed by the Christian family.

Mr Masih and his family lived in the area before Mr Butt and his family moved into the locality and always tried to bring peace in arguments with the feuding family offering several compromises.  Read more (here)

BACA team visited the victim family in June 2021 and  Shabir Masih told us the heart wrenching story of the murder of his wife and son. he described severe hardships that he was facing during the trial for justice a major problem being a lack of funds.

Our trustees responded in kindness to help this family overcome the hurdles they faced which was causing the family great depression.  BACA began a monthly stipend which encouraged the family to stand firm against the influential culprits and also paid for the costs associated with travel to and from court hearings.

The family new the case would be long and drawn out because Mr Butt’s father was on a significant salary from Dubai.  The Butt family regularly advised Shabir Masih to withdraw the case offering huge bribes or pressurising the family with threats that their would be repercussions if they did not drop the case – often expressing that other family members would be killed.

The culprits almost convinced the family to drop the case as Mr Masih had thought it was a futile cause until BACA encouraged him to continue and provided the financial support.

At District Court Wazirabad during a hearing on 9th October, almost a year after his arrest, the judge decided in favour of the Claimant and ordered two death sentences and a fine of 600,000 Pak-rupees (£2547) for Muslim fundamentalist and murderer Mr Hussain Shakoor Butt.  The court however acquitted his mother Itrat Bibi who was already on post arrest bail which it is believed was based on leniency for her being an elderly Muslim woman.

Shabir Masih is grateful for the courts decision in favour of his family resulting in an unequivocal conviction for Mr Butt, but will be appealing against the acquittal of Itrat Bibi who instigated the beating of Mrs Masih and began the insults that resulted in her son shooting dead two innocent Christians.  Mr Masih is asking for Itrat Bibi to at least face a conviction for assault.  Neither her son Mr Butt or Itrat have shown any remorse for the killing of  Yasmeen and Usman, rather conversely  in the wake of the deaths of the two of them and during court hearings they justified the killings as a holy practice.  Fortunately this time the tolerant educated Muslim Judge corrected their faux pas by deciding on the stiffest sentence possible.

“I am full of gratitude for the financial and emotional support that BACA has given me during these times of trouble and suffering.

“The court has released the main culprit without conviction, though she  started the argument and beating of my wife that led to her death and that of my son.

“I am determined to file a petition against the decision of court to release Itrat Butt, who should also be prosecuted for her part in these deaths.”

“Though incidents of persecution are increasing in Pakistan the law courts are finally beginning to convict the perpetrators.

“This suggests that part of Imran Khan’s promises are beginning to bring change in Pakistan.

“Cases for murder and rape against Christians definitely had a lower percentage of success under previous regimes and governments.

“I believe we are beginning to see the seeds of change in Pakistan and this brings some hope for a better future for persecuted minorities.”

Supporting the family has been an expensive process and we were extremely pleased when one of the beneficiaries that we have supported in the UK, a family who have suffered great loss and pain for their faith came forward to donate towards the support of the Masih family.  So moved were they by the financial burden placed on a widow and elderly Christian man who was retired, after the loss of a young man who was the family breadwinner – that they committed to support them monthly with a regular donation.  This is a genuine legacy that has come about from our commitment to bring change to lives of many persecuted Christians, over the last 12 years.

Our work continues and there are many persecuted Christians that are increasingly aware of our group and seeking help.  To continue operating in this climate we need your help and you too can join our growing list of donors that help us bring justice in some cases but safety in many cases to real-life suffering South-Asian Christian families. If you are moved to help you can donate (here)

On 18th July 2022, we appealed for donations to cover costs for a new…