India: Brutal killing of Pastor in his home creates fear amongst Christians of Bijapur 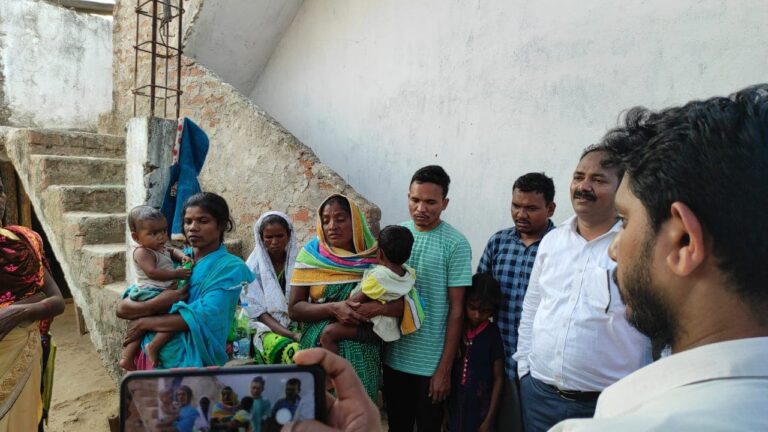 A senior Pastor was brutally shot dead and then had his neck sliced open by six extremist assassins, whilst at home.

The attack in the village of Anganpalliguda, Bhopalpatnam/Taluk, in Bijapur District, Chhattisgarh State was witnessed by his terrified daughter-in-law.

After the murderers had left the property one returned some 30 seconds later to stab the Pastor in the heart just to make sure he was dead.  A macabre act that illustrates the extent of hatred that can manifest towards Christians in India.

On 17th March 2022 at approximately 8.30pm 6 unknown assassins knocked on the door of the home of Pastor Yalam Timothy AKA Yalam Shankar (58 yrs).  The men began shouting for him to come out and see them.

Pastor Timothy came out of the house so see what all the commotion was and to see if he could resolve whatever problem the men had.

As soon as he exited his home the men shouted abuse at him, insulted the Christian faith and started beating the Pastor.  During the attack they bound the two arms of the Pastor behind his back with rope.  They then forced him to kneel down and publicly executed him with two gun shots to the chest.  The attack was witnesses by other local people in the community who stood back aghast.

After killing the Pastor the men fled the scene, however, one man returned just 30 seconds later to stab the dead carcass of Pastor Timothy in the heart to make sure he was dead.

Pastor Timothy’s daughter-in-law saw the murder as it happened.  She has been inconsolable and in a state of shock since the incident.  She spoke with BACA’s Dr Vuchula and said:

“The men were unknown but seemed to know who my father [in law] was.

“Father did nothing wrong, he had no enemies except from local Hindu extremists who hated his Evangelism work.

“I was forced to watch him being killed – I felt totally powerless.

“Every time I think of what happened I fill-up with grief and pain.

“This attack was premeditated and has created fear amongst all local Christians.

“Local police have no leads and the cruel murderers and those who instructed them will escape justice.”

Local Police have registered a murder case but have clarified that they to date have no clues to help identify the assassins.  After a post-mortem examination the corpse of Pastor Timothy was handed back to his family.

A burial for Pastor Timothy’s remains took place on 18th March 2022 with a huge attendance of over 1000 people.  BACA’s officer attended the event and we have offered to pay for funeral expenses.  We are hoping to give a love offering to the family to help with financial loss the family will experience after the loss of a main breadwinner.  If you would like to contribute please (click here).

Pastor Timothy, had been leading services at Bastar For Christ Church for the last five years. The Bastar for Christ Mission is lead by Pastor Narendra Kumar Jenab and began in 2005 from churches Tamil Nadu wanting to create a mission field in the town of Bastar in Chatishghad.  When the mission started there were very few house churches in the area due to a sever form of Hinduism being taught in the area.  Pastor have a history of violence being meted out against them in the area and of being killed.  Since this mission began they have created  approximately 40 small local churches throughout the town which has over 100 villages.  The success of the mission has resulted in many of the existing pastors being threatened with death and violence.

Pastor Timothy was a well-liked Pastor who had been preaching the Gospel to remote tribal villagers.  20 junior Pastors were working under him in Bijapur District. He was a successful evangelist who had brought many former Hindu’s to Christ within the bounds of the law.  He was known for his pastoral care which included biblical counselling and he was responsible for several shelters for poor villagers.  Since December 2021 he was also running a food programme for deprived families.

Everything Pastor Timothy did for Christ became a spur for hatred from the Hindu fanatics and Naxilites (Far-left Maoists [click here]) who are a breakaway group from the Communist Party of India (Marxist).  The group is known to have at least 9500 cadres in its armed wing called the People’s Liberation Guerrilla Army (PLGA).

Pastor Timothy for some time had been getting threats from both Naxilites and from groups affiliated with Rashtriya Swayamsevak Sangh (RSS) a Right-wing paramilitary Hindu group.  The Naxilites were concerned that he was giving strength to communities they were oppressing and extorting to raise funds for their paramilitary group. RSS affiliates simply hated him his gifted preaching that had been a massive tool for evangelism.

Indian News claim that the assassination of Pastor Timothy was conducted by Naxilites but Christians believe it could have been RSS affiliates:

“We have been informed that Naxalites and various Hindu Fascist groups warned Pastor Timothy to stop Church services and stop preaching in the local remote forest villages.

“He was told that if he did not stop he would be killed.

“Naxalite leaders accused accused Pastor Timothy and his church members of being informers to the police.

“They believed him to have been revealing secret locations of hiding places to police.”

“The killers wore masks on their faces and cannot be identified by anyone.

“People were to scared to come out of their village homes after the shooting so they did not see anything .

“It is hard to know who killed Pastor Timothy as both groups were targeting him and the churches he was shepherding.

“What we can say is that extremists killed a loving and devoted father, husband and Pastor.

“None of the churches in the area will stop.

“At least one thousand people attended his funeral in defiance of the hatred and in respect and memory of the beloved Pastor.

“He is a martyr for Christianity and has been a good and faithful servant – he will now be in the presence of God rejoicing.”

“Pastor Timothy stood up for the voiceless, cared for vulnerable and deprived people and shared the Gospel.

“To think that his sacrifice for others led to his death by extremists, is simply heart-breaking.

“Their is a distinct lack of the rule of law in India – a nation full of intense religious zeal.

“This has culminated in high levels of persecution for Christians who are a small minority and as such easily targeted.

“The fact that a Pastor can be shot dead in front of his home without any hope of police capturing the culprits, illustrates that the quality of life for Christians has reached it’s lowest ebb.”

Finally Asia Bibi is declared free! Her acquittal was upheld despite petition from hardliners!