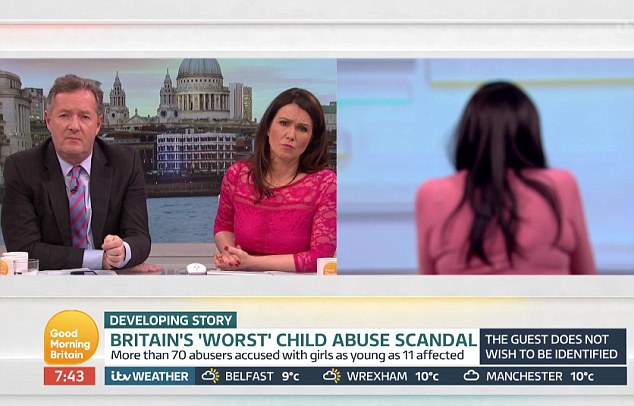 It’s time to call a spade a spade!

The revelation of the UK’s largest ever paedophile ring who operated in Telford since the 1980’s and potentially claimed over 1000 victims, has been a torturous reminder that the current police and statutory authority disposition to avoid racist slurs, hampers their ability to react effectively to grooming gangs involving Pakistani Muslim men.

It is believed gangs in the town abused up to 1,000 girls, some as young as 11, over a four-decade period. The girls were often drugged, beaten and raped, one was murdered alongside her mother and sister and two others died in incidents linked to the sickening scandal, reported the Daily Mail (click here) .

Our Chairman Wilson Chowdhry a British Citizen of Pakistani origins himself has called for a serious review of current policing policy and practice to allow for data from trend analysis to assist with a more effective approach to tackle the growing social malaise. he said:

“These authorities are more afraid to be called racist, than of exhibiting poor performance and allowing victims to suffer brutal and ignominious attacks that have destroyed their lives.

“How is it acceptable in this day and age to patronise Islamist sentiments by allowing these gangs to be demographically designated solely by their ethnicity and not as they self-identity?

“Pakistani’s from religious-minorities understand the ongoing harm that is perpetuated by less than benign commentary denying the harsh reality of sexual exploitation they face. What is happening now on Britain’s shores and in our Boroughs is just more of what happens back in Pakistan. Our families came here to be free and live in a democratic country therefore we demand that our children – all British children – be protected by the law of the land and not personal sensibilities.”

One brave victim has described how she was ignored by police, who actually told her that because she was terrified to press charges, they were going to list the sex crime against her as consensual, reported Birmingham LIve (click here).  Since then this particular commendable young woman whose abuse began while studying for A Levels has actually passed a nursing degree course and is working as a full-time nurse. She has now helped many victims subjected to similar rape ordeals and hopes her experience can save others from similar abuse.

The Sun newspaper shared another account in which a victim described how the girls were treated as if they were self-styled-prostitutes and not victims of abuse, while the abusers details were not retained by social services through fear of being labelled racist (click here) compelling enough to deter justice.

“Our mainstream media and politicians continue to lump all Pakistani males into this cesspool of false-manhood by not identifying who is actually running these gangs, yet every single named perpetrator adheres to the Islamic faith.

“By inadvertently permitting the abuse through fear of loss of their reputation, statutory agencies have ostensibly inferred that these predators do not know better or that their crimes should in someway be tolerated – its simply pure naivety and blatant malpractice.

“Those pleading Islamophobia should know that to be defensive is morally-incomprehensible, in the face of such shameful behaviour and by the fact that it has been sheltered in the community some serious soul-searching is required by those who ignored the plight of these poor girls.

“By being defensive Muslims are singling out that Islamist activities are at least a source of the problem, but some individuals would rather use their energies to talk about matters that hurt their personal sensibilities than help the hundreds of innocent women affected by this latest indictment of Pakistani Muslim culture. I can only invite them to admit the shame they feel and then take some positive action to improve the current situation. This would be a real example of remorse and sense of guilt and the only just thing to do when evidence increases that the malaise is so prevalent within the Pakistani Muslim community.”

If anyone wants to be praised, they should do something praiseworthy this is a very obvious fact. No one should be commended for simply being religious, nor merely because of the words they espouse, but on the basis of their actions and results that contribute to societal wellness. It is not enough for political islamists to say, “Islam is a religion of peace” or speak up on the Islamic crimes of ‘zina’ in response to these incidents when they are no longer just incidence. Sexual exploitation by the Muslim majority in Pakistan is recorded historically as far back as we can remember, but especially since the escalation of the blasphemy laws in the 1980’s. Perhaps the reason why this continues is that those in the Pakistani Muslim community do not see sex trafficking as an unholy or “haram” thing to do.

The Islam Question and Answer site, talks about rape and says:

“Islam closes the door to the criminal who wants to commit this crime. Western studies have shown that most rapists are already criminals who commit their crimes under the influence of alcohol and drugs, and they take advantage of the fact that their victims are walking alone in isolated places, or staying in the house alone. These studies also show that what the criminals watch on the media and the semi-naked styles of dress in which women go out, also lead to the commission of this reprehensible crime.”

They later add this statement:

“The laws of Islam came to protect women’s honour and modesty. Islam forbids women to wear clothes that are not modest and to travel without a mahram; it forbids a woman to shake hands with a non-mahram man. Islam encourages young men and women to marry early, and many other rulings which close the door to rape. Hence it comes as no surprise when we hear or read that most of these crimes occur in permissive societies which are looked up to by some Muslims as examples of civilization and refinement!”  You can read more (here)

This standpoint which is held by many Muslims blames the kaffir (infidel) victim for promiscuous behaviour and perceived seductive clothing. We call upon our Muslim compatriots of Pakistani origins to confront these injustices for the atrocities they are, rather than seek tolerance for them. Defending these behaviours and cloaking them in the auspices of their ethnicity is unconscionable and we object to this practice in the strongest possible terms.

This is why in 2017 leadership from all religious minorities in the British-Pakistani community supported Sara Champion raising her voice on this issue. The relief we felt that a politician was willing to speak to the hard facts impacting all of us was palpable with all represented. It was disheartening to see her scolded, because as much as they scolded her they have scolded us and scolded the uncounted 1000’s who they should be chagrined to face. Read more (here)

“British-Pakistani Ruswana Bashir bravely has spoken up about the devastating consequences of sexual abuse even within the Muslim community that she grew up in, and the common acceptance of predators’ whose immediate re-entry into social circles allows them to reoffend, while the victims are shunned as having shamed the community.

“How has what the British authorities done been any different? Should the victims have stifled their cries for the sake of the comfort of a police officer or a social worker not willing to do their jobs, or even be a safe adult?

All of Great Britain must now begin to see the harm that continued brushing under the carpet of these crimes will create. We cannot allow this willful ignorance to continue, it does not absolve anyone of the responsibility for making this right and doing things differently into the future. Not one of us can look into the innocent eyes of a child and betray them with silent compliance to the predators who have shattered their youth if we do not raise our voices and speak the truth. Moreover, we must act now to prevent the very polarisation that ill-informed officials have allowed to breed through malpractice they conceived in a poor attempt to counter division.

This is what is honourable to do justice, love mercy and walk humbly with God. Micah 6:8