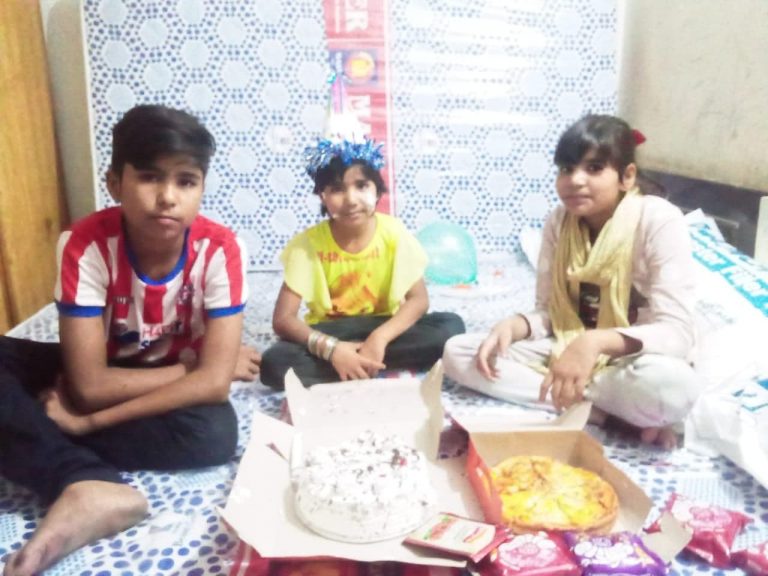 On 4th November 2014, a mob of 3000 Muslims, beat and burned alive a Christian couple after a false allegation of blasphemy was made by a man enamoured by the beauty of the wife. Read more (here)

Shama and Shahzad were burned alive in front of their young children who were going to put in a blazing brick kiln too, until some Muslim women stopped the rioters as they felt the sin of burning the youngsters was a step too far.

The orphaned children have been supported by British Asian Christian Association as well as other charities. We helped sponsor a full-time nanny for the children immediatley and our nannies still serve the children. We also help with additional living costs and recently we appealed to you to repair beds for the three children after their existing ones were falling apart. We also had the home of the family fumigated after it became host to a horde of bed bugs. Read previous article (here)

“It’s difficult for us to sleep at night as our beds are falling apart and the mattresses have lost the comfort they offered.”

BACA this month arranged for new wooden slats to be inserted into the childrens beds. We purchased new mattresses and pillows which were delivered to them on 20th April 2021 on the birthday of Poonam, the youngest child, who turned 8 this year. BACA also arranged a small birthday party for her and our operations manager joined the celebration at her home.

Grandfather Mukhtar Masih who is custodian of the children paid his thanks to BACA for the gift. He said:

“The children are so happy for having received new matteresses.

“They sleep better and the bites from their bodies are now all gone.

“We thank God for the support that has been provided to us via BACA.”

“I have been talking to Suleman, Sonia and Poonam for sometime and have seen a great change in their confidence.

“The death of their parents still gives them great anguish but they gain some solace knowing they will be reunited in heaven.

“Suleman misses them the most he has the stronger memories and remembers the attack.

“Their progress in school makes me very proud of them and I believe they will one day be great ambassadors for the community.”

BACA provides support and aid to persecuted Christians in Pakistan. If you would like to help us continue this work and feel moved to doante, please explore the many payment options (here).