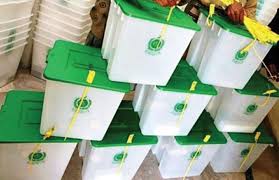 On the 24th June, the country of Turkey rejected democracy exchanging it for autocratic rule, as clearly stated in the words of Muharrem Ince, the main opposition leader:
“We have now fully adopted a regime of one man rule.”

President Erdogan, as he will now be known, is now Turkey`s most powerful leader since Kemal Ataturk, who secularised Turkey nearly 100 years ago.
BPCA Outreach Officer Leighton Medley expressed his concern about these recent developments in Turkey:

“While in my last message, I praised Erdogan`s removal from the school curriculum the teaching of evolution, a worldview which I believe is bringing about the downfall of the west, especially Britain and Europe, I am extremely concerned about the effect this could have on the Christian population, not just in Turkey, but in all Islamic countries. There are many Christians around the world, who believe rightly or wrongly, that Erdogan is trying to install himself as the head of a new Ottoman Caliphate… Upon hearing from my good friends, the Baldwins who work in Turkey, the situation is tense and very symptomatic of a dictatorship, as everyone is afraid to talk for fear of arrest and Christians are now being targeted again for persecution in order to strengthen the regime.“

How does this shift in Turkey affect the Christians in Pakistan?

Pakistan recently had a State visit from Recep Tayyip Erdogan earlier this year, where Turkish flags were waved in honour of their Muslim allies, therefore there is a real risk that this Islamic authoritarianism could spread even more violently across Pakistan. We have already seen what obscure religious groups can do in bringing the country to a standstill last November, where our BPCA Outreach officer was forced to relocate and abandon a preaching mission.

In addition, the notion of a restored Caliphate is only bound to embolden the hardliners of the region into more aggressive action, against those who do not share their worldview.

The Pakistani election is on 25th July, and we in the BPCA and those Christians around the world, who care about Pakistan, need to pray for the well-being of our brethren in that country. The Bible tells us to submit to governing authorities, (Romans 13:1-7) therefore we must pray for our leaders, no matter how different their world-view may appear. We are not to give the appearance of victims or troublemakers, which all too often distort the Christian witness and all too easily impairs our desire to share Christ and live peaceful lives. We also need to be united in Christ, the more appearance we give of division, the weaker we become, Jesus said in Matthew 12:25 “every city or household divided against itself cannot stand.” Despite Erdogan`s victory, Turkey is still deeply divided, as indeed are Britain and Pakistan within their own borders, this tends to lead to major uprisings and civil unrest according to history.

How should we respond to this leaning towards autocratic rule?

BPCA is calling on Christians to pray with a keen awareness of what is happening in the hearts and minds of some in the Muslim population. BPCA found evidence of many secret believers in Pakistan, particularly in Quetta during Leighton Medley’s last trip there. What`s also interesting is that across the Muslim world, certainly if Turkey is anything to go by, there is a rising tide of atheism. According to a BBC article written by Seren Girit on the 18th May, many young Turks are embracing atheism as a result of what they perceive as increased oppression, due to increasing Islamization of their country. The more you force people to acquiesce, the more they rebel, that’s what history teaches us.

The same is happening to some degree with secular and overseas Pakistanis, who are fed up of constant religious infighting and the hypocrisy of the religious elite, none more so than the Muslim Council of Great Britain, who denounced the Conservative Party as Islamophobic, when they had just appointed the first ever Muslim Home Secretary, Sajid Javed, who has vowed to fight terrorism on home soil.

“On the Mondays leading up to the election in Pakistan, I am fasting and praying for the right result for Pakistan and for the protection of our Christian brothers and sisters over there, please join me if you wish so we can uphold our fellow citizens of God in prayer. As written in 2 Timothy 4:2 Christians need to “Preach the Word; be prepared in season and out of season,” whether it is convenient or comfortable.

I believe there is a unique opportunity opening up for Christian witness across the Muslim world as many are seeking a new message and that message is Jesus Christ, who is ‘the way, the truth and the life’ (John 14:6 NIV).”

“Now more than ever we must redouble our efforts to pray for Pakistan. The last general elections in Pakistan were hailed as a watershed moment for the nation, as for the first time in the history of Pakistan consecutive democratic elections had taken place – albeit that a new Government was elected.

“Pakistan has always had a strange relationship with its military who have interrupted the democratic process with regular military dictatorships till now.  However the power of the military has waned little and the threat of a military coup remains live.

“Sadly the desired progress for the nation expected as a consequence of the repeated democratic process has not manifested, quite conversely the country seems to have slipped into a period of heightened extremism and violence.

“If a similar decline occurs following the elections later this year it could lead to complete anarchy in Pakistan and Christians and other minorities will face the consequences of the religious zeal that has consumed the nation. It is on that basis I call or Christians across the globe to pray for God’s divine intervention and for a Government to be elected that is free from corruption, has authority over its army and has the best interests of all its citizens enshrined in its manifesto.

It’s time to call a spade a spade! The revelation of the UK’s largest ever…

The Gospel is on the move – Pakistani Muslims come to Christ!