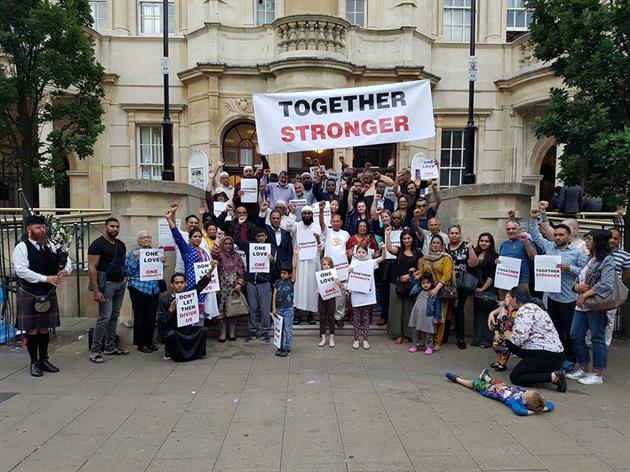 A quiet, innocuous day in the leafy streets of the usually serene city of Christchurch New Zealand, had its tranquillity irrevocably shattered by the actions of a crazed gunman, motivated by anti-muslim sentiment.

Friday 15 of March is a day that will be etched on the minds of many horrified people, some of whom saw the attack on two Christchurch mosques as it was being live-streamed to the world.

The gunman, 28-year-old Brenton Tarrant, an Australian citizen opened fire on Al Noor mosque in Christchurch at 1.40pm NZ time today during Friday Jumu’ah prayers. Reports have also emerged about some shots fired at a nearby mosque in Linwood Avenue.

The shooter describes himself as an ordinary Australian, deriving from a low to mid socioeconomic background who was motivated by a self-righteous belief that he was entitled to avenge other terror attacks against westerners.

Prime Minister Jacinda Arden has described today as “One of New Zealand’s darkest days.” This has caused New Zealand to elevate its threat level from low to high and the Police Commissioner Mike Bush has urged people to avoid all mosques during this precarious and deadly situation which has already seen 49 people shot dead in cold blood and at least a further 20 critically injured.

“Close your doors until you hear from us again.”

Bush went on to characterise the attacks as

“Absolutely tragic. So many people have been affected.”

Due to the fact that vital locations including hospitals are on lockdown many of the victims are hitherto not identified.

Exact statistics at this stage are also difficult to come by. However, according to many reports it is believed (although the investigation is still unfolding) that 30 people were gunned down at Al Noor Mosque while 10 people sadly lost their lives at the Linwood Islamic Centre.

Witness to the carnage, Len Peneha, describes seeing a man dressed in all black enter a mosque – where hundreds had congregated for Friday prayer – and then he recounts hearing shrill screams amid dozens of gun shots.

For those who saw the live stream it can only be characterised as mortifying, horrifying and an example of the capacity of humanity to engage in true vulgarity and show putrid disregard for the sanctity of human life. The footage shows a man in a car nonchalantly listening to music and then descending violently on a mosque and opening fire, leaving in his wake a violent carnage of dead bodies. The visceral horror of this act of violence must be unequivocally condemned.

“The British Pakistani Christian Association condemns this act of pure evil. We also express our heartfelt solidarity with the victims’ families and with all who are mourning this devastating loss.” – Wilson Chowdhry

The shooter produced a vile 73 page manifesto justifying his actions stating that he did this because of the incursion of Islamist forces into western democracies and he took inspiration from similar attacks in recent years. The shooter appears to have a white superiority complex and is a clearly deranged, evil terrorist who represents an ugly ideology that must be repudiated immediately.

There have been other attacks against muslims or against those who show solidarity with muslims in recent years and this attack in particular draws parallels with the Norway attack in 2011 commissioned by Anders Breivik which was a lone wolf attack committed as revenge against Norway’s lenient immigration policies which he believed allowed muslims to enter Europe in an unmitigated fashion. On that dark day 77 people lost their lives many of them youths who had attended a Young Labor Youth Camp and were rendered defenceless against the onslaught of violence rained down by the terrorist. It is worth noting that Breivik also adduced a manifesto justifying his evil actions.

Other attacks against muslims include: an arson attack in Utrecht when a building linked to the Association of Islamic Communities was set on fire, the numerous condemnable attacks on Rohingya muslims in Burma in what can only be classified as ethnic cleansing, in Lindau, Bavaria a mosque was totally defaced in 2011 and in March, 2008 a 16 year old Muslim female teenager was set upon in Denmark by three Danish teenagers who verbally assaulted her with successive racial slurs and subsequently beat her to death. There are countless other reprehensible incidents which are equally horrifying. This behaviour and conduct is unacceptable.

In 2017, British Pakistani Christian Association organised a ‘Together Stronger’ multifaith vigil after a spate of Islamist terrorism and then attack on Finsbury Park Mosque by a van driver. (click here)

In the mean time it is important that we express our condolences, solidarity with and sorrow for the Islamic community.

“As a charity we are saddened to hear of this condemnable news. It harks to a deep, disparaging xenophobia and innocent muslims have been caught in the collateral of an ideological war that has gone too far.

“While people are entitled to challenge doctrines in any faith that they don’t agree with and while free speech is an important tenant of liberal democracies, the line must always be drawn at violent reprisal. Violence is never a solution.

“It is important that we stand in solidarity with the victims and their families of this repugnant attack. It is important we offer the weight of our support to those affected. We encourage people to take this as an opportunity not to further their animosity against each-other but rather to bridge the gap between different ethno-religious groups.

“May this be an opportunity for us to reveal the better parts of our nature.

As in the days following 9/11 many people were seen standing together; strangers brought together by tragedy. A similar approach is needed in these times. May we stand firmly with the targets of hate and extend an outstretched hand of love in their hour of need.”

BPCA is organising a candlelight peace event on Friday the 15th of March 6.30 pm at Ilford Town Hall, in Ilford, London and we hope that those of all faiths and none will join us. We are being joined by Imam Sheikh Khalid from the Albayan Welfare Centre in Ilford.  Many other interfaith leaders will be joining us.

“This tragedy which has killed 49 people was designed to strike terror into the Muslim community in an attempt to sow seeds of polarisation.

“People of good conscience cannot let the actions of mindless individuals disrupt the sense of community that exists in our modern pluralistic cultures.

“Tonight’s event will commemorate the lives lost in this awful tragedy and will be a chance to sew together diverse groups and to dispel myths.

“Moreover we hope by coming together we can resonate a stronger sense of global unity and solidarity a much needed tonic in our broken world.”

“The Vishwa Hindu Parishad UK strongly condemns this act of pure evil. A tragedy not just for victims and their families but of our times. In a world of plenty, and opportunity, closed ideologies which remove plurality cause such senseless violence.

“While people are entitled to challenge doctrines in any faith that they do not agree with and while free speech is an important tenant of liberal democracies, the line must always be drawn at violent reprisal. Violence is never a solution.
“We express our heartfelt solidarity with the victims’ families and with all who are mourning for their loved ones and their devastating loss.”
Share. Facebook Twitter Pinterest LinkedIn WhatsApp Reddit Tumblr Email

3 bomb attacks in 3 days – Pakistani cover up in process!