By admin3 February 2016No Comments 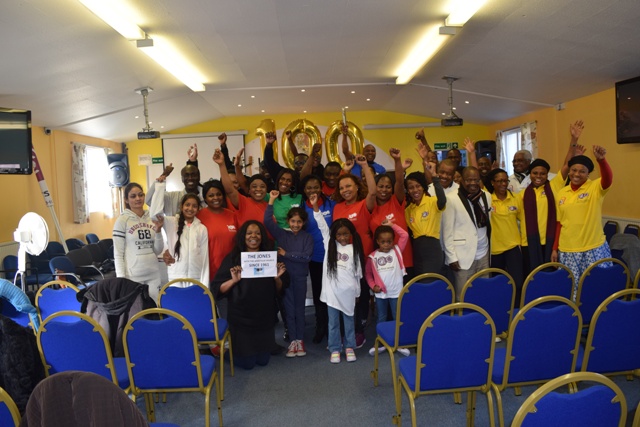 As a result, various Pentecostal groups worldwide were formed, they believed that the gifts of Apostles, Prophets, Evangelists, Pastors and Teachers of Ephesians 4:11, should operate in the church together with the nine gifts of the Holy Spirit spelt out in 1 Corinthians 12:1-11. The Apostolic Church was therefore born in 1916 in Penygroes, South Wales, United Kingdom.

It was the vision of Apostolic doctrine that gripped the first leader of the Fellowship, Daniel Powell Williams, who in 1913, was ordained an Apostle in the Body of Christ and later became the first President of The Apostolic Church Council and remained so until his death in 1947. The Lord also called brother William Jones Williams, as a Prophet in the Body of Christ and in 1913 he was ordained into the full-time ministry of the Church.

They were called together with others to demonstrate the New Testament offices of Apostle and Prophet in the United Kingdom. Subsequently these ministries were exercised in other countries and continents of the World. It has pioneered churches in over 40 nations, many of whom are now self-governing, most notably in Western Africa, Australia and New Zealand.

To celebrate the 100th Anniversary of the apostolic churches churches across the UK took part in a baton transfer across the country.  Eden Christian Centre in Ilford obtained the baton from the Wandsworth congregation and joined those who were walking, cycling or running the 6 miles to the next church in the transition which was the Apostolic Church of Romford, located at Ingrave road close to the town centre of Romford.  Their journey took them through three boroughs: Redbridge, Barking and Romford and was in excess of 6 miles.  The youngest of the participants was Naomi Chowdhry (8 years) daughter of Wilson Chowdhry, who spoke about her adventure:

“The walk was very exciting as I have never walked that far before.  People helped by holding my hand and encouraging me when I felt tired.  Our church is very old, 100 years is a long time.”

“Few organisations survive ten years let alone 100 years.  We believe the longevity of our church is based on the covering of God over our group.  We remain a church committed to sharing the word of God and our doors are open to all.  We encourage local people to come and visit our church and experience the joy and love of God that has helped our parishioners through life’s turmoil’s and enabled us to galvanise together as one body.”

The baton will visit all of the nations which make up the UK, before being taken to the AblazeUK Apostolic Conference, which is being held in the Cheltenham Convention Centre in July 2016. The Baton will then travel by plane to Holland where a national conference of Apostolic Churches will take place.  The Baton will be passed around delegates from across the globe symbolic of the unity amongst our churches before being returned to England as it travels across the rest of the UK.

Praying for the persecuted!

Over 600 Christians met and prayed for the persecuted church of Iraq.  Wilson carried the…