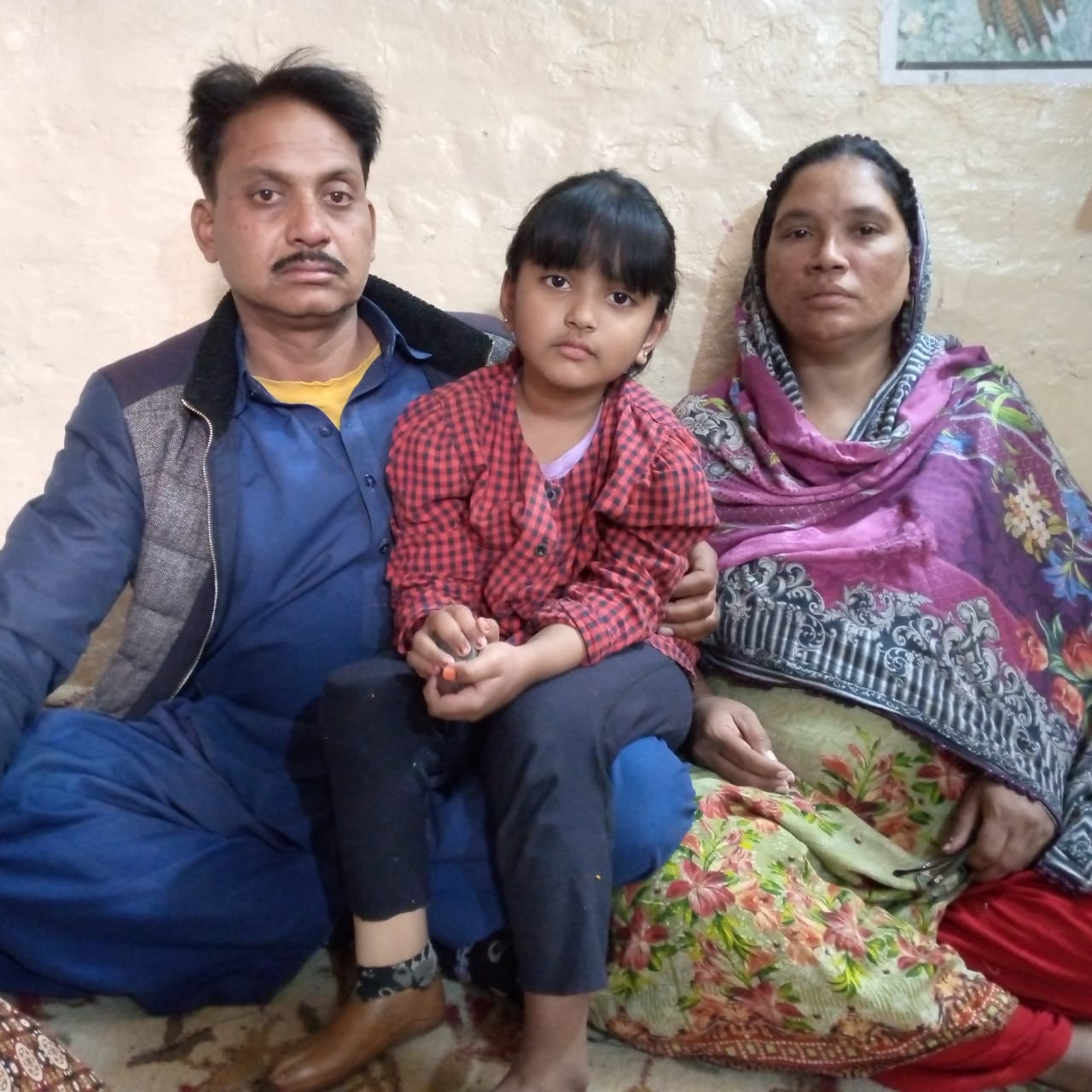 Aleeza Masih (5 yrs) was only 1.5 years old when she survived the brutal terrorist attack on Quetta Church on 17th December 2017,  (Cliquez ici).

The attack on Bethel Memorial Methodist Church during a Nativity service, killed 9 people and would have been worse had it not been for the bravery of Christian security Officers (Cliquez ici).

Aleeza’s, life was saved by the generous donations of BACA donors who covered the costs of flights and hospital costs after severe complications arose from her initial treatment (Cliquez ici).  Aleeza was initially treated at a Government Hospital which left her wounds intact. For better treatment she was taken to Agha Khan Hospital Karachi, a private medical facility.

Since then we have paid for a limb replacement as required which has been close to once a year.  However, due to her growth this year it has needed to be twice and we expect that level for future years (Cliquez ici) et (ici) et (ici).

The limb including travel and support from BACA officers amounts to £700 and we have never failed to support this family.  Aleeza wants to be a doctor one day so she can help people with injuries and will need to be supported so she can achieve this role or whatever God plans for her life. We hope the many of you who have supported Aleeza over the last few years will join us in doing so again or that new donors will step in.  If you have been moved by this story and would like to donate please (Cliquez ici).

Excerpt from the book targeting of minority ‘Others’ in Pakistan