By admin4 February 2020No Comments 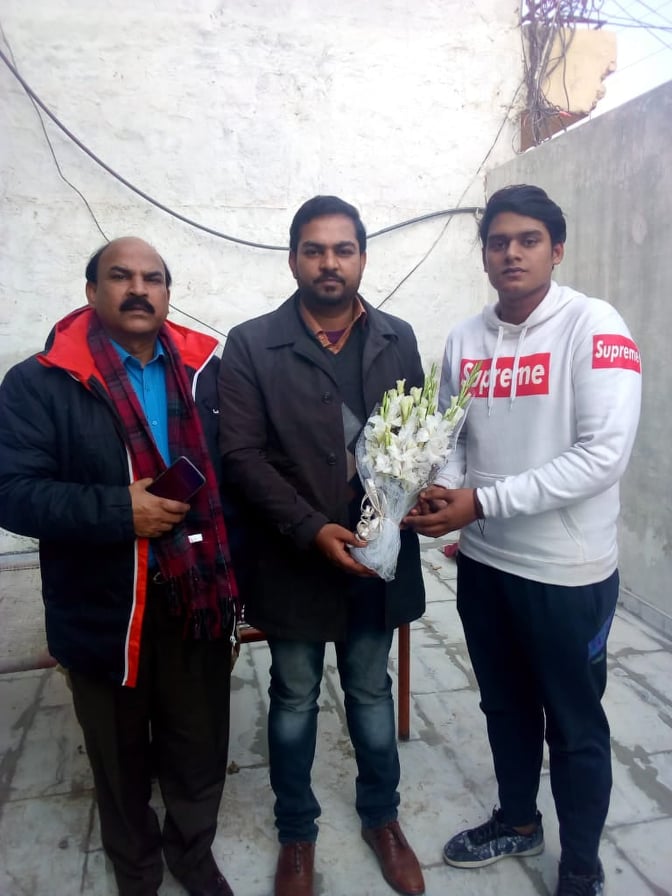 A group of young Christian men accused of rioting after a double suicide attack on two churches in Youhanabad at Easter 2015 have been released by an Anti-terrorism Court in Lahore.

All 42 of the men who were arrested and put on trial for the murder of two Muslim men, Babar Noman and Hafiz Naeem find themselves free.

The two Muslim victims were accused of being part of the terror attack on the two churches during Easter celebrations that killed 17 and injured 82 people.

The Easter suicide attacks sparked riots involving thousands of people who attacked police and cars with sticks and stones when the two victims were set upon by an angry riotous mob after the 2 suicide bombers from the Tehreek-e-Taliban Jamaat-ur-Ahrar group affiliated to the Taliban blew themselves up outside Christ Church in the Church of Pakistan and St John’s Catholic Church, Lahore in March 2015.

It was reported that both Babar Noman, a tailor, and Hafiz Naeem, a grasscutter, were dragged from a police car by the mob before being beaten and burned alive resulting in the 42 Christian men being arrested and held in prison for five years.  However, over accounts suggest police themselves handed the suspected terrorists to Young Christian men who caught in the furore of their hysteria killed the two men.

Though initially the two murdered Muslim men were believed to be terrorists after family members of the deceased spoke of their good good character in national media, nationwide hatred towards Christians grew and threats of attacks to Christians were made across Pakistan.

On Wednesday 29th January all but two of the young Christian men arrested were released by ATC judge Arshad Bhutta after an agreement was reached with the victims’ families not to object to their acquittal and under Section 345 of the code of Criminal Procedure. The two who never saw freedom tragically lost their lives whilst in prison due to a lack of medical care.  During the arrests these men all suffered severe brutality as the hate for the murder of two Muslim men by unworthy Christians brought the country to close to a desire for genocide. Though only a few men were involved were involved in the attack on the Muslims most were arrested under Pakistan’s own form of joint enterprise laws (laws that dictate those who watch, egg on or encourage murder are equally at fault for not stopping it).

Sunila Ruth of Pakistan Tahreek-e-Insaf, PTI, described the release as made possible through persistent campaigning of government and non-government representatives and members of the clergy. Prime Minister Imran Khan was consistently told the arrests were not based on concrete evidence.

Sunila Ruth said “Every person and organisation involved in the efforts to secure their release deserves appreciation.”

One local Christian was quoted as saying “As we give thanks as Christians in Pakistan, one cannot get away from the brutal realities of what this means. The journey of physical, emotional and spiritual healing ahead is a long one. Pray for the right people to be positioned alongside them.

“We also reflect on the lives and deaths of the two [who died in prison]. If they had not, the release of the 40 would not have happened. Their deaths acted as catalysts and became an advocacy bridge for pushing for action and justice”.

There have been repeated accusations from Christians of being treated like second class citizens by authorities and a general lack of security from the police being the main reason for the frustrations boiling over to anger.

Frustrations exasperated by the lack of balanced media coverage of the incident by the Pakistan media that focussed on the murder of the two Muslim men more than the murder of 17 Christians and the injuring of a further 80 people but initial Muslim sympathy for the bomb attack turned into animosity toward them once news of the retaliatory attacks on the two Muslim men came to light.

Tehreek-e-Taliban Jamaat-ur-Ahrar group admitted responsibility for the bombing and as an afront to the Pakistan government, promised more attacks of this kind till an Islamic system is put in place.

The Lahore deputy district public prosecutor, Syed Anees Shah, was found guilty of proselytism and suspended from duty after he offered the Christians their freedom in May 2017 provided they convert to Islam, an act that was described as shameful and a heinous crime because by Malik Muhammad Ahmed Khan, the special assistant to the chief minister of Punjab.

Mehwish Bhatti from the British Pakistani Christian Association said “I am overjoyed by the release of those innocent men. I am thankful to God for his mercy over them. They have lost a very important 5 years of their life in prison, but I believe God is well able to restore all the lost years. I am looking forward to meeting them soon to celebrate their release and may help them with biblical based business training and spiritual counselling”.

BPCA representative, Hamman Masih and Pastor Naseer of New Covenant Church, visited the families Yohannabad on 1st February 2020 and shared in their rejoicing for the men’s release from jail.

Nazeer Javed, 54, who was arrested by Kanay Police 22nd March 2015 under the FIR Number 392/324/129 along with 14 other Christians from Yohannabad, was among those released and celebrating with their families.

Nazeer Masih who is married with 5 children told BPCA “In my absence my wife struggled to educate and feed our children. The judicial system in Pakistan is very biased I had no hopes to see my family again. We were kept in bad conditions where we were not provided with proper food and hygiene. I was working as labour on daily wages before my arrest. I have started my hunt for the new job so I may start providing for my family financially. I am so thankful for the efforts of all those who worked hard to reunite us with our families. I am thankful to GOD for his love and mercy over us”.

Sunil Dixon, 42, who was arrested on the 24th March 2015 under the FIR no. 391/7A/302 along with other 6 Christian men, spent their time in Kot Lakh Pat Jail. Sunil Dixon who has one daughter lost his job as a factory worker was pressured by a Muslim Lawyer into accepting Islam whilst in prison.

Mr Dixon said “I am proud to be a Christian. I feel bad about the reaction of Christians soon after the blast, but I believe that this incident has taught them a lesson. I am thankful to GOD and all those who did not forget them and their families”.

The youngest of the men, Faisal Javad, 25, also arrested on 22nd March from his home, under the FIR no. 302/7, was also being pressured into accepting Islam by the government lawyer but remained determined not to. Faisal Javad who is unmarried at college at the time of his arrest, told BPCA that he has lost 5 years of his academic life. He is worried about coping in the future but plans to search for a part-time job so that he may continue his studies. He is thankful to GOD for his release.

BPCA also met with the Sadaqat Pervaiz and Edward Masih families who are happy to reunite with their loved ones. BPCA representatives prayed for each family and presented all of them with beautiful bouquet of flowers.

We look forward to meeting more families on the 15th February on the outreach Programme specially organised in Yohannabad in order to share the word of GOD among all those arrested. We thank Pastor Naseer for his help and co-operation for making all this possible.

“Though there was mass hysteria in the wake of the twin church bomb attack, which mitigates to some extent the murder of two men, I cannot condone the violent behaviour of those involved in the post-attack riots.

“Our missionary brother Leightin who is in Pakistan will be meeting with all those released and will pray with them.

“He will be preaching a sermon of forgiveness but also one that focuses on the need for redemption.

“We hope these men who have lost five years of their life will reflect on the poor decision to riot and will have remorse for the impact of their behaviour thta hurt their families and those of others.

“We will provide counsel and will attempt to rehabilitate these men hoping that through news of their reforming attitude others too wil abstein from any future violence.

“Our Christ was brutally beaten, ridiculed and spat upon before being murdered yet did not raise a hand.

“Though he could have wiped away his enemies with a flick of his wrist he chose love and our world is better for it.

“We pray for restoration of families and homes and new beginnings and rejoice at the new found freedom and hope for an almost lost generation.”

If you would like to donate towards a fund to help restore the lives of the 42 men released and the additional 40 acquitted, then please donate by clicking (here).

Departures begin, causing depression and anxiety amongst Pak-Christians in Thailand