By Editor6 January 2018No Comments 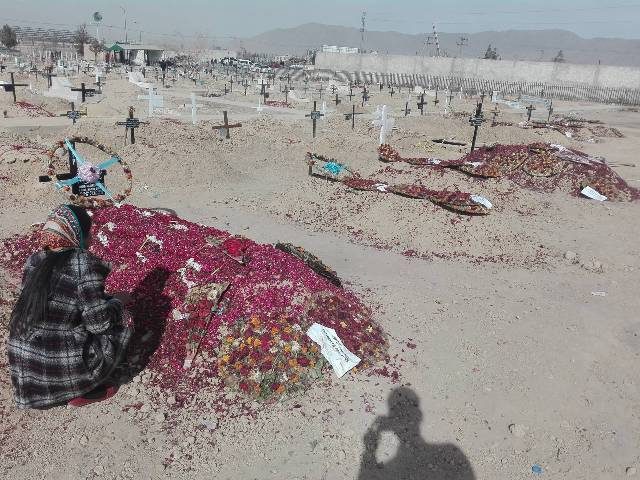 Graves of the lost – some images have been lost during transfer of website.

Mehwish Bhatti our lead officer joined the many beleaguered Christians of Bethel Memorial Methodist Church in Quetta, who survived the Islamist attack on 17th December 2017. Mehwish described the experience and wrote:

I started my journey at 10.45 from Islamabad and reached Quetta at 4.30pm in the afternoon on 24th of December. My target was to meet as many blast victims as I could during a one day stay in the city. I travelled to  Civil Hospital where the victims were taken soon after the blast for treatment, which was a 10 mins drive away from  Bethel Memorial Methodist Church.

I met Shamim Bibi,Aster Naseem ,Arooba Masih,Aleeza Ashraf , Yousaf Khokhar, Nadia Younis, Maheen Shezad and Ashraf Masih prayed with them and gave them all flowers for Christmas. I paid the outstanding costs for medication including an injection for Nadia’s at £44. I Paid £55 to Ashraf Masih For the medicines and injections.These patients are recovering fast and were very thankful to BPCA for the efforts we have made to reach and help them.

I also got the opportunity to meet some of the families at their homes who were discharged from the hospital but were still in a position of recovery that prevented them attending the Church service later in the evening.

Families of the deceased and recovering victims welcomed me warmly despite their huge loss and suffering.

We will also committed to paying for Adil’s wife’s hospital care as she requires further treatment as she awaits an operation to remove shrapnel from her thigh.”

I went to the service at the Bethel Memorial Methodist Church on Christmas Eve, which was a very eerie experience considering the recent attack and the residual damage to the building which including bullet holes. Even then around 200 of the 400 strong church were in attendance despite their being no dignitaries – barring the Bishop Daniel Sadiq who presided over the service despite the desire of the congregation that their own pastor should preside over the service.

“I heard brave accounts of how Pastor Adil stood on the stage and ushered people to the ground explaining they would be safer despite the risk to him.  I heard of the bravery of George Masih who can be seen in the Church CCTV closing a gate on the would be intruders, slowing down their progress and alerting security forces of the impending danger. Sultan Masih was also brave when he shut the gates to the church preventing the Islamists from entering which saved hundreds of lives.

“It was all too much to take and I found myself crying at the many accounts of bravery, suffering and God’s mercy.

“I stayed on for an extra night due to my plane being cancelled because of severe fog. So I went to the Christmas Day service as planned, which had around 300 visitors including military leaders and political figures.

“I then travelled onto the graveyard littered with rose petals which was a sobering very sombre moment.  Whilst there I prayed for our broken country and that one day our leaders would see the value in cultivating a society that is equal and fair for all of it’s citizens.  Moreover a country in which all it’s diverse people are inspired to live in peace and harmony.

Mehwish prays for peace for the families of victims and the nation of Pakistan whilst at grave of a deceased victim.

Mehwish and Pastor Adil amongst the many graves.

A packed church for Christmas

The Communion Table where Christ’s sacrifice was remembered.

Many went to the Altar for communion

Family of Adil Masih with Mehwish

Tina Qasim and her family with Mehwish

Man forced to flee his home in London after leaving Islam!