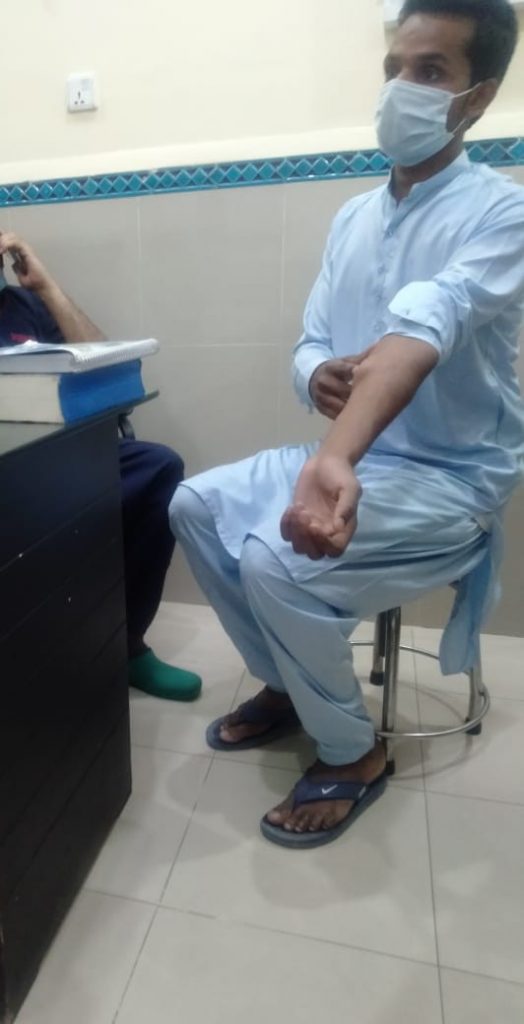 Accused of blasphemy as a teenager Nabeel Masih was set free from prison on bail after a 2 year battle by BACA, who took over the case after several Christian charities failed to get any movement. Read more (here)

Watch video of his release (here) if you cannot access the embedded video.

Nabeel Masih (20 yrs) who was set free from prison on bail last week has now reunited with his family and he is in a safe place. But his release has revealed the significant pain he has had to endure after large lipomas began to develop all over his body, whilst he was placed in a dingy unclean cell, in complete isolation, with little chance for exercise.

We have had Nabeel checked at a hospital and they are concerned that some may be cancerous and that he must have a biopsy before full treatment to have them removed. He will return to hospital on 25th March 2021 for the biopsy.

“The failure by Pakistani prison authorities to protect Nabeel Massih while in their custody is deplorable.

“Nabeel has lost 4 years of his life to a false allegation of blasphemy.

“His health at such a young age has declined though this could have been curbed.

“He and his family have had to endure great depression and anxiety with little support.

“We pray that freedom will repair and restore this family and remind them of God’s eternal love.”

BACA need to raise funds to pay for the biopsy and for an operation to remove the lipomas, in addition to costs for a safe house and support while we try to get Nabeel an acquittal and then exit from Pakistan to a country of safety. If you would like to support Nabeel or the many other blasphemy law victims we are supporting then please donate (here).

Concerns of persecuted Pak-Christians brought to light with Australian MP