By admin7 January 2019No Comments 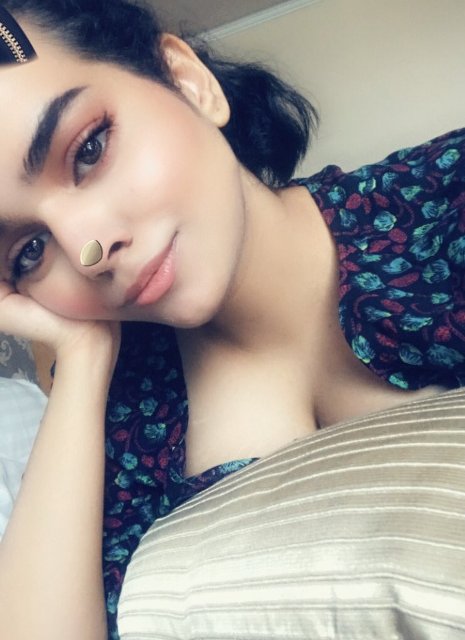 A Saudi woman who declared her atheism has been allowed to stay in Thailand while her asylum claim is processed by the UNHCR.  In a video she shared on social media she was concerned about her passport having been taken away by Saudi officials in Thailand, after accusations of collusion by the Royal Thai Authorities. Rahaf Mohammed Al-Qunun says she feared death if returned to her family.  Fortunately for her after the intervention of the UNHCR her claim was accepted and Australia has her case under consideration.

The fact she was allowed to remain in Thailand is a remarkable move by Thai authorities, who very often side with the autocratic states asylum-seekers are fleeing. There are many Pak-Christian asylum seekers fleeing similar violence that wait years to escape a life in limbo with no guarantee of a positive refugee decision.

A young 18 year-old Saudi woman, Rahaf Mohammed Al-Qunun, has been allowed to stay in Thailand as her asylum request is being processed after fleeing her homeland with intent of reaching Australia.  Now Australia may be considering an offer of asylum and earlier today the UNHCR is reported to have identified her as a refugee (click here).

When the young women disembarked in Bangkok there was a man was waiting with her name written on a sign and claiming he could help her get a Thai Visa.

Rather than provide the assistance that he promised, he absconded with her passport and returned with who she believed to be Thai security and a representative of Kuwaiti Airlines. The airlines told her that her family had reported the young adult missing and attempted to compel her to return to Kuwait.

The young woman filmed herself and posted the recording on social media while she was being taking into custody by Thai authorities and detained at a hotel located in Bangkok’s Suvarnabhumi Airport.

She stressed that if she was returned to her family she could be put to death, saying in an media interview (click here):

“They will kill me.”

Notifying the world that she was being held against her will, she said:

“I am detained, I can’t even go out of the hotel”

She was on her way to Australia and she claims to have acquired a visa prior to her departure.  If this is so then she could simply continue her journey with the approval of the Australian government.  Though some have postulated that she left without a plan and did not have proper travel documents.

Human rights advocates urged the Thai government to allow her to seek asylum in Thailand, but Thailand is not a signatory to the 1951 Refugee Convention and such a process would be impossible to achieve, under the current protectionist policies espoused by a country that is surreptitiously xenophobic.

They also called on the United Nations Refugee Agency to help her, and Miss Al-Qunan can be heard on her video asking for asylum with the UN after barricading her door with a mattress.

This morning Wilson Chowdhry, Chairman of the British Pakistani Christian Association, spoke with Senator Abetz, Former Deputy Leader of the Government in the Australian Senate who believes Australia will fulfil its international duty in providing asylum to Miss Al-Qunan, but could not declare this officially. In a candid response, he said:

“The case of Rahaf Al-Qunun highlights the human rights abuses under which many people suffer.

“The fact she was deemed to face a real threat in the country which chairs the UN Human  Rights Committee exposes the flawed nature of the UN.

“That said I’m very pleased that Australia’s  Foreign Minister was able to make strong representations  on her behalf whilst in Thailand.

“It was good to see other countries make similar strong representations to the Thai Government which appears to have responded in an appropriate manner.

“The challenge for the world community is to deal similarly with the plight of Christians who are also facing persecution and death.

“The plight of Pakistani Christians like Asia Bibi comes to mind.”

British Peer, Lord Alton of Liverpool , spoke with the BPCA, he confirmed UNHCR’s good practice in identifying Ms Al Qunun as an asylum seeker, but condemned their incosistency, he said:

“Rahaf Mohammed Al-Qunun’s case graphically demonstrates the inconsistent and unfair way in which asylum claims by those facing persecution because of their beliefs are evaluated and decided.

“The UNHCR are right to assume that a declared atheist will face serious consequences if returned to a country like Saudi Arabia or Pakistan.

“But Christians face the same horrific treatment in countries where they have been imprisoned, tortured and murdered The UNHCR’s double standards represent a double form of persecution.

Al-Qunun’s father is a senior Saudi official and is presently in Thailand to collect her – with her brother who has accompanied him and who she says is physically abusive toward her.  She has said on Twitter that she is “worried” and “scared” to hear they are in the city.

Her Father has allegedly told Saudi embassy officials that he “wants help getting her back” and that his daughter is “mentally ill”. The young woman claims that she once locked in a room for 6 months simply for cutting her hair (click here)

Though her father denies that he ever harmed her, he admits that she must feel neglected. The young woman claims her brother beat her and given the Saudi system of male guardianship over female relatives he would have had considerable power over her.

Keri-Lynn Gibbs from BPCA Canada, who has also been waiting for two Pakistani Christian refugees fleeing religious and gender-based violence who have been in Thailand under less than congenial circumstances, said:

“Thankfully this brave young woman has had a reprieve but so many do not. I would very much like to see this stroke of kindness under the eyes of the world to be standard practice for Thailand.

“I appeal to Australia or any other country to come  quickly to the aid of this brave woman.

“Thailand has even sent proven refugees back to the countries they are fleeing, as when two Falun Gong refugees were deported to China on their way to catch their flight to Canada. (click here)

“We cannot take anything that is happening in Ms Al-Qunun’s situation for granted.”

“This fall the Thai authorities continued cracking down on asylum-seekers and many including our teacher and children in BPCA’s school spent time in Immigration detention. Slowly we and other NGO’s have been bailing them out. (click here)

“Thousands of Pakistani Christians in Bangkok with the same fears and hopes as this young teenager live in a state of fear despite having UNHCR status or a private sponsor like me.

“I believe my primary refugee should have been eligible for urgent protection, given she also endured death threats, and violence by a Pakistani official while in Bangkok, in addition to her persecution experience in Pakistan. However, I was recently told that with current wait times we could be waiting another year and a half.” Read Maherwar’s story (click here)

“Many people talk about these ‘news stories’ but not many people do anything about them.

“The world must not delay assistance for Ms Al-Qunun – now is the time to act.”

“Rahaf Al-Qunun, a young Saudi woman has escaped the male guardianship system that would have her abused by male relatives for little more than having her own thoughts.

We cannot take attention that Rahaf’s situation has received for granted and must act quickly to remove her from a state of limbo and secure a safe haven for her where she will be safe from any attempt to her life.

We appreciate this stroke of kindness by the Thai government and hope that this compassionate action will become their standard practice for individuals fleeing persecution for their religion or belief.

Thousands of Pakistani Christians in Bangkok with the same hopes and fears as this young teenager live in a state of fear despite having UNHCR recognition.

“Ms Al-Qunun is not a criminal.

“The Thai government  are now morally obligated to help her but I trust them little – they have been palpably unfair to the thousands of Pak-Christians in Thailand. Watch a BBC Documentary (here)

“The fact that Australia has intervened so significantly on her behalf is a very commendable use of international diplomacy.

“They must now ensure she does not languish in Bangkok for years where so many Pakistani Christians are spending their youth living in a state of constant fear and their parents are being subjected to the worst of exploitation.”

Australia’s Department of Home Affairs told NPR on Tuesday that an application for a humanitarian visa “will be carefully considered” once the UNHCR has completed their assessment.

The spokesperson relayed that the government had “serious concerns on this matter and the need for Ms Al-Qunun’s claim to be assessed expeditiously.”

“The Australian government is pleased that Ms Rahaf Mohammed Al-Qunun is having her claim for protection assessed by the UNHCR,”

The Australian Foreign Minister has travelled to Thailand to discuss this asylum case and BPCA continues to hope for a positive outcome. (click here). In the meanwhile BPCA (Australia) is writing to MP’s and Senators across the nation of Australia calling for their support for Rahaf Al-Qunun.

British Pakistani Christian Association, continues to provide advocacy and humanitarian aid to Christians in Pakistan and the Pak-Christian diaspora. We also have a large number of asylum seekers in Thailand whom we assist and support. We cannot do it without your help please donate by clicking (here)