Watchful eyes watch over Asia Bibi, while her family remains in peril

By Editor22 November 2018No Comments 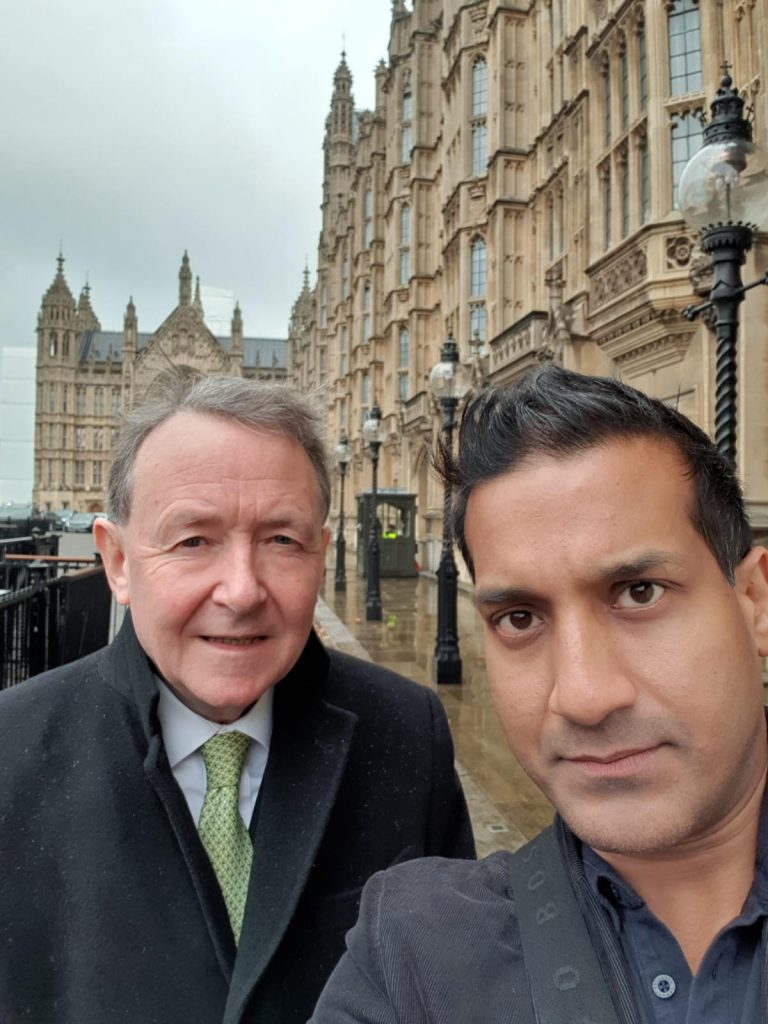 British Pakistani Christian Association, has been informed that the family of Asia Bibi is worried about extremists who are trying to trace them by knocking on doors with images of the family, asking if local people have seen them.

While Asia Bibi is being protected by the Government of Pakistan the rest of the family are still moving from house to house for their safety.

British Pakistani Christian Association was assured by the Pakistani High Commissioner’s First Secretary in London that Asia Bibi is in a safe and secure location, and understood from them that Asia was in the company of her family. However, BPCA has since been informed by their guardian Joseph Nadeem that their stay with her was only a visit and they were still required to find their other accommodation.

Wilson met First Secretary for the UK High Commission of Pakistan Dildar Ali Abro on Tuesday before he flew out to Pakistan, who expressed how serious Asia’s safety is to all concerned, including the many international diplomats who have been working with the Pakistani Government to assure her safety.  It was made very clear that  Asia Bibi is in  a safe location with an extremely high level security presence.

Wilson Chowdhry had a meeting at the Pakistani High Commission in London prior to a long flight to Australia and First Secretary Abro’s assurances of Asia Bibi’s safety and security were emphatic and definite. Since arriving in Sydney Mr Chowdhry, has discovered the new threat to the family which is deeply concerning.

Mr Abro also confirmed that Asia Bibi was restricted from travel until the petition challenging her acquittal was heard at Lahore Supreme High Court.  He stated that although Asia and her family were not placed on an Exit Control List (ECL) that Asia was ‘restricted from travel until the petition was heard.’ He explained that over a 1000 rioters and leaders in Islamist groups had been apprehended and arrested and that he believed the petition would be dismissed, as the initial judgement was given by Pakistan’s most senior judges including the Chief Justice himself. He explained the petition was not a Suo Moto provision but is an actual legal process permissible in Pakistan for a petition to an appeal of a Supreme Court ruling – though previously unheard of.

Mr Chowdhry, has also met with Lord Ahmad, Minister for the UN and the Commonwealth at the UK Foreign Office and Britain’s Special Envoy for Human Rights. Lord Ahmad confirmed that Asia Bibi was under the auspices of Pakistani security services and that Britain was very much involved in an already emerging plan to send Asia to a safe country, clarifying Britain was not the final destination.  A comment in itself that reinforces that Britain will not be offering Asia Bibi Asylum, despite Ashiq Masih, husband of Asia Bibi advising Wilson Chowdhry that Britain would have been one of his family’s first choice destinations during a trip to the UK organised by Aid to the Church in Need.

Wilson Chowdhry, met with Lord Alton on Monday (19th November) and Lord Alton reconfirmed that Asia Bibi was in safe hands in Pakistan.  Lord Alton expressed his feeling of shame at the UK’s craven approach to the situation, whereby they have capitulated to extremists leaving a desperate mother of five and her family in limbo as they await a firm offer for asylum.

“American diplomats, UK Diplomats and several diplomatic envoys from other nations have all confirmed that Asia Bibi was safe. However , after hearing from the family, I immediately approached the Pakistani Consulate in Sydney upon my arrival to seek assurances that the Pakistan will take every measure to ensure their safety – an email has been sent to them to reiterate this.

“I truly believe the Pakistani Authorities are now playing ball after huge international pressure and all these partners have invested a lot into protecting this innocent woman and want her family treated with the same consideration.

“The Government must remember how much Asia and her family have already lost forever, and be mindful of the protection of her family. As her family members and associates are seen as an extension of her person by those seeking her ill, we hope that those guarding her life, will also bear their safety and security in mind.

“It is time now time to grant the international diplomats some privacy to allow them the time to work on the serious business of getting Asia Bibi and her family to safety. Though they have been apart long enough, it is our hope that Asia Bibi’s family and associates will be afforded the ability to join her in a secure location, or be brought to safety as soon as possible. The foremost concern of the BPCA and indeed of the West is and ought to be to find safe sanctuary for Asia Bibi, her family and her associates.”

Though, we have do have concerns about the security detail especially while in Pakistan because of previous incidents with regards to her case, we are convinced of the Pakistan government’s goodwill with regards to Asia Bibi’s protection.

Excerpt from the Targeting of “Minority Others” in Pakistan: In this highly politicised context in…