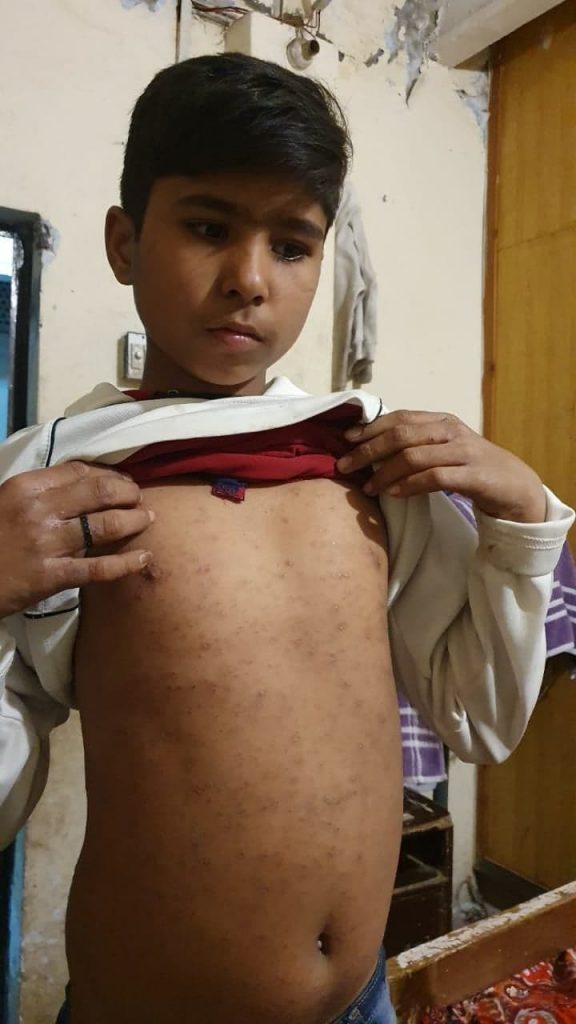 The orphaned children of Shama and Shahzad who we have been providing with a full-time nanny since the murder of their parents in a brick kiln fire after first being brutally tortured, have called for help.

Shama and Shahzad were burned alive before their children in 2014 (Klicke hier), after seeking escape from the landowners when Shama was raped by the Munshi (accountant) for the landowner where they were in brick-making indentured contracts (enslaved).

Several charities including BACA have been protecting the 3 young orphans as they have grown up without parents. Our first instinct was to provide a qualified full-time nanny for the children, who was chosen by their maternal grandfather – now custodial guardian for the children. Over the years we have also provided much other support.

Last week we were contacted by the family who asked for some additional support as their beds which have become quite old have now been infested with bedbugs.  Moreover, they are falling apart.

“We have suffered incredibly over the last few weeks.

“Our whole bodies are covered in small bites and we are not able to sleep well.

“We have been praying for these creatures to stop – they make the lives of Sonia, Poonam and I a nightmare.”

BACA has offered to help with the cost of new beds and treatment of the bed bugs.

“I have spoken with the children and they are facing a terrible time when they try to sleep.

“We will be offering whatever assistance we can.

“They have grown up to be caring and loving children despite the turmoil and anguish of their parents cruel and untimely death.

“They all have a great love of God and know that one day they will be reunited with their parents.”