By Editor3 March 2020No Comments 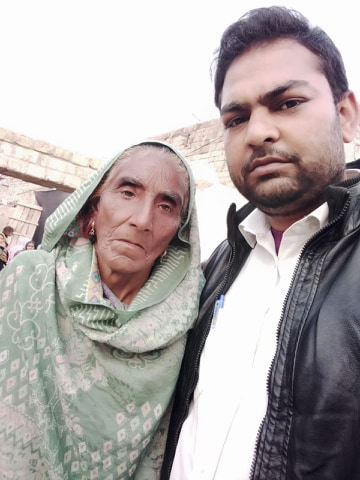 A Christian man was beaten to death after he rinsed himself off in a Muslim-owned tube-well in Chunian Village, Kasur.

Saleem Maish (22 yrs) a Christian labourer, had finished his shift unloading chaff collected from fields in Baguyana village on 25th February and rinsed himself at a local tube-well. Saleem had bathed at the location previously which is frequently used by local Muslims for the same purpose. This time however, the landowners of the field in which the well was installed were offended that a ritually impure Christian had used their well.

A gang of men including Shera Dogar, Iqbal, Altaf and Haji Muhammed ran across to Saleem shouting expletives and yanked him out of the water. They began a brutal attack on Saleem beating him with their fists and a series of hard kicks. As he was being beaten they called him chura (filthy Christian cleaner), while making him lick their boots telling him kaffir (non-Muslim) dogs deserve such treatment. They asserted before Muslim users of the well that the unclean Christian had contaminated the water, saying:  ‘we will teach him a proper lesson’.

After this degrading and violent torture before other users of the tube-well the Muslim gang dragged Saleem by his hair to the cattle farm and chained him to the building there. At this point they really got serious with their torture and began using iron rods and sticks to beat Saleem, their cold hearts unmoved by Saleem’s screams of pain or his pleading for mercy. When they had had their fill of violence, they rolled a thick iron rod across the whole of Saleem’s body which by now had many fractures and internal injuries. As they watched him scream in anguish and his body twitch, they laughed and revelled in his pain.

Saleem was tortured and spat at for at least 4 hours until he went unconscious. At that point Shera Dogar called the father of Saleem, Ghafoor Masih and told him to come and attend to his son. He also called emergency police and stated that he had captured a thief who had stolen potatoes and turmeric.

Ghafoor arrived at the scene and broke down and wept as he saw the condition of his son. Not knowing if Saleem was alive or dead he began throwing water in his face and gently slapping him to wake him up. Only five minutes later the local police came and Ghafoor Masih told his tale about the theft to the police. They ignored the lies and began to berate the Muslim landowners for the unwarranted violence.

Seeing the delicate condition of Saleem’s health the police officers picked him up and took Ghafoor with them to Hospital where he was placed into critical condition. All the men who were involved in the attack were also arrested and taken to the local police station and charged but released on bail the next day.

At the hospital Saleem temporarily became conscious and was interviewed by the police and informed them of how he had been attacked and abused for being a Christian and for contaminating the local water. Overnight however his health took a turn for the worst and by Friday morning he was pronounced dead after succumbing to his injuries.

The death has left his family and all the Christians in the area in a state of shock and great sorrow – a young man’s life has been cruelly taken away by men who held a deep-rooted intolerance.

Our officer Edward Masih met with Ghafoor Masih, who shared his account with us, he said:

“When I say my son bleeding, broken and unconscious my heart stopped.

“I screamed in agony and rushed to the tube-well to get water and splash it on his face to wake him – I gently slapped his face too but he would did not move.

“My heart sank further, and I felt the world collapse beneath me.”

“When police arrived, they helped my pick my son up and rushed us to Lahore General Hospital.

“They also arrested the men who had murdered my son but later let them out on bail.

“Since Saleem passed away they have re-arrested the men and I hope now to get justice for Saleem.

“Saleem was a faithful devout Christian and I know I will see him in heaven one day, but my heart still aches for him.”

“A senseless violent attack has ended the life of a young Christian man, left a mother and father heart-broken and community beleaguered.

“The men who undertook the attack are so blinded by hate they are showing no evidence of remorse.

“Overcoming such hate will take a miracle as it is ingrained into every aspect of culture and society in Pakistan and is reinforced via a biased national curriculum.

“It will take decades to remove such entrenched intolerance and I fear I will not see it in my lifetime.

“So few steps have been taken to tackle the existing bigotry, mainly because there is no passion to do so.

“Nations such as the UK naively continue to send foreign aid to Pakistan despite the existing social malaise – this naïve attitude contributes to Pak-Government apathy and perpetuates the status quo.”

British Pakistani Christian Association has paid for the funeral of Saleem and would like to pay for a solicitor for the family to obtain justice for the murder of Saleem. The cost of a solicitor will be £1500 and we would also like to provide a £100 grant per month for the next six months to help the family of Azeem cope with the loss of his wages.  If you would like to donate towards this appeal please (click here)