By admin9 February 2019No Comments 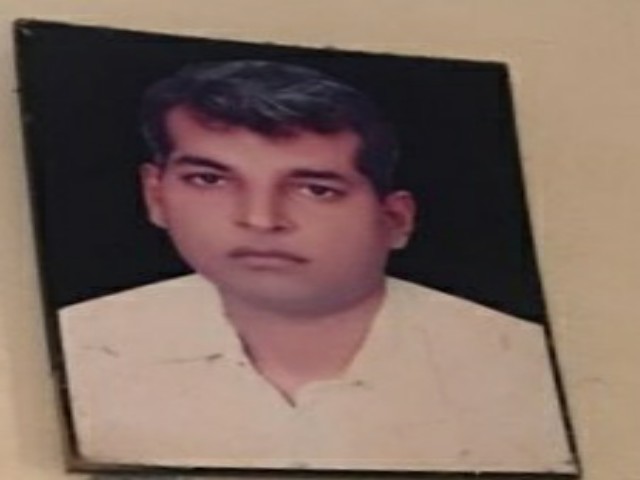 The appeal of Zafar Bhatti’s life sentence for blasphemy went to the Rawalpindi High Court on 12th of February, during which it was hoped his conviction would finally be overturned sadly due illness the presiding judge failed to arrive at court resulting in postponed till 5th March – this is the second postponement this year after a January date was cancelled due to a lawyer’s strike.

An earlier court decision on 5th May 2017 by Rawalpindi Session court (though the hearing was heard in prison for the safety for all concerned), found there was no evidence to support the charges and reduced the previous death sentence.  Despite the judgement ostensibly in favour of an acquittal Pakistani Authorities continue to incarcerate an innocent man. His wife has suffered isolation, and abuse in the community.

Zafar Bhatti was accused of Blasphemy on 11th of July 2012  for alleged blasphemous texts despite the phone that was submitted as evidence being registered to the national identity card of a completely different person – Ghazala Khan who was granted bail due to her poor health and vulnerability as a woman. (click here)

In an extremely bizarre trial Justice Khalid Mehmood of the Lahore High Court refused to pass judgement against Ghazala on April 8th 2013, he tried to convince the petitioner Ibrar Ahmed, Secretary for Ahle Sunnat Pakistan to forgive Ghazala, stating that Muhammed forgave many people. Pakistani media groups labelled his compassion as a delay tactic (click here). At the time Ghazala asked for the court to make a just decision of the crime and to exonerate her. However Ghazala insisted did not want to be forgiven by the petitioner as she felt that escape from her blasphemy charges in this manner would indicate original guilt. She remonstrated that as she was innocent of a crime she should be freed by the court on merit.

Ghazala Khan (39 yrs) passed away in November 2016 after losing a battle with Hepatitis C, thus surviving the ignominy of being sentenced for blasphemy charges.

Due to the security reasons Mr Bhatti’s case proceedings were conducted on the premises of Central Jail Adiala, Rawalpindi, where Zafar Bhatti has been imprisoned since July 2012. Mr Bhatti has faced several attempts on his life at the prison including an incident of poisoning on March 31st 2013, which left him bleeding from his nose and mouth and left him in critical condition for days.

On 25th September 2014 Mr Bhatti narrowly escaped an assassination after a rogue prison officer shot a 71 year old British Muslim Muhammed Asghar in a cell adjacent to Mr Bhatti’s. Mr Asghar was taken to a private hospital and later fully recovered from critical condition in a private hospital despite being shot in the chest. (click here)

Our BPCA officer  Mehwish Bhati has kept in touch with the case and spoke spoke to his lawyer Tahir Bashir of CLASS who informed us that the hearing had been set for the 12th February 2019.

An appeal has been submitted in the high court against the decision of session court Rawalpindi for the life imprisonment of Zafar Bhatti.

Nawab Bibi (70-year-old) the wife of Zafar Bhatti has been in the care of the BPCA for some time and she was also approached us concerning her husband.

“It was distressing to find out after speaking with sister Nawab that she is going through severe health issues. Recently she developed double pneumonia and there has been no one to look after her and help her recover. Zafar and Nawab have no children and she is advancing in years.”

Because of her grave condition Nawab Bhatti needed to be hospitalised and treated for pneumonia, and following this BPCA helped her in her recovery by keeping her in a safe house.

Nawab shared with us that she has been working as a house maid in three homes run by a Muslim owner who treated her like an animal.

Despite this abuse she had no choice to continue under inhumane treatment of the owner because she had to take care of her daily needs like her house rent, electricity and gas bills weekly, in addition to the travel expenses to visit Zafar Bhatti in jail, his needs in jail, medicines etc.

BPCA immediately took action and brought Nawab Bibi into our safe house In January 2019 and provided all her the immediate medical treatment for recovery. She needed to be hospitalised and we covered her fees.  Due to the stress, depression and isolation she had turned weak, pale and sick, but she is showing improvement now

Frailness due to Nawab Bibi’s age limits the work she can do. Her poor health also makes travel to prison difficult and dangerous, but she still visits her husband weekly. Zafar, who is 15 years younger, and would ordinarily be caring for his wife, but is unable to due this prolonged. incarceration that has kept them apart for so many years.  She told BPCA that she and Zafar have a loving marriage and they miss each other very much.

Zafar, who is part of a Catholic mission, was a leader of a Christian ministry when he was accused along with his late colleague Ghazala of committing blasphemy by sending a blasphemous message from a SIM card. There is however no evidence that this offence ever happened.

The  BPCA team paid for Nawab Bibi’s time in hospital and along with the best medical treatment prayed with her daily until she fully recovered.

“It wasn’t a new experience for me to visit someone accused of blasphemy in jail, as I have been to see Nadeem Masih in Gujrat Central Jail, and though due to security reasons I couldn’t meet Asia Bibi, I also travelled to visit her in Multan Jail.

“Zafar Bhatti was happy to receive my company, and was in good spirits. Even though he is in jail, he was bravely wearing a big cross around his neck. He told us he was proud of what Jesus has done for him by dying on the cross. He also expressed thanks for all BPCA has done for his wife.”

Sadly on 12th February due to the illness that struck the presiding judge a further postponement of Zafar’s court hearing till 5th March 2019.  BPCA continue to care for Nawab and are praying for swift justice in March.

“I’ve been suffering in jail for over 5 years for something I did not do. The isolation and hardship of jail has caused me to develop diabetes.  I was arrested under questionable circumstances, and despite there being no evidence found against me I am still in the jail.”

“There are many security concerns within jail but I still stand firm in the faith. I believe God will provide justice to me soon.”

There are indeed many safety concerns, to read a report of another man accused of blasphemy who was killed by his security detail in the same jail where Zafar is being held (click here)

All of those working with Zafar and his family were relieved that he was not the one attacked, but no one takes his safety for granted. (click here)

“This couple has been suffering for almost six years, and these years of loneliness can never be restored.

“Initially, Zafar was sentenced to death but later a judge commuted this sentence to life in prison, when no evidence of an offence being committed was found.

“Rather than simply acquitting an innocent man, he has been made to languish in a prison cell. This is a travesty of justice that must be remedied.”

Zafar and Nawab with their family on their wedding day

BPCA has committed to provide for the needs of his wife which includes rent, electricity and gas bills, medical care, a full-time elder caregiver, and travelling cost for the visits to jail.

To donate to the care of this elderly couple as they recover their lives please (click here) .