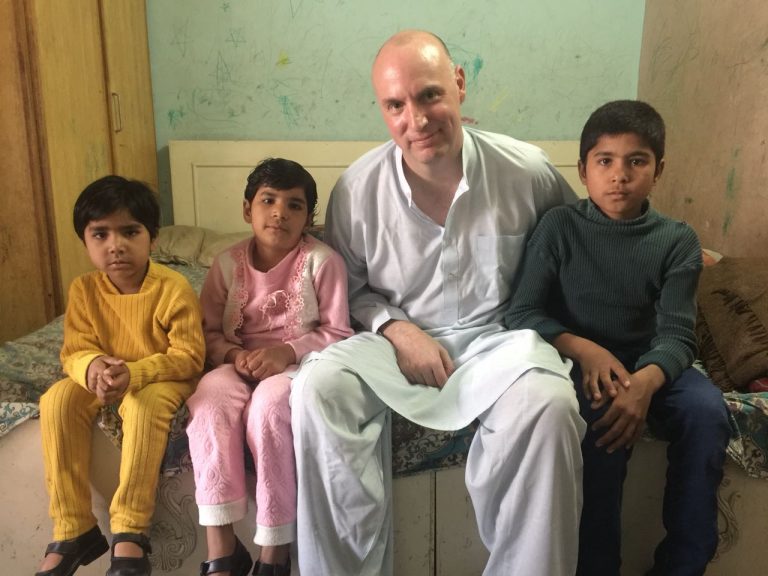 The grandfather of Shama and Shahzad who were burned alive in Pakistan after seeking their freedom from an illegal slavery contract has spoken out against the acquittal of a further 10 men who were suspected of being involved in the triple homicide of the couple and their unborn child.

One day Shama threw some old good belonging to her recently deceased father-in-law which included an amulet containing some script with Arabic words and was accused of burning a Quran. Some neighbours took the easy opportunity to kill off the pariah Christian couple and went to three local mosques using fabricated evidence to claim Shama had committed a blasphemy. Later a security officer from the brick kiln put Shama and her 1 year old child in the brick kiln office under the pretext that it was ‘for their protection’. He locked them in the room after receiving instructions by the avaricious slave master Yousaf Gujjar who was fearful they would flee their captive labour. The security officer later invited Shama and Shahzad to join her to give her some solace and locked them in promising to free the couple when safe to do so.

The allegations infuriated local imams who without investigation or thought of going to local police told their followers to ‘kill the kaffir’ (infidels). A mob of 3000 Muslims beat the couple, stripped them naked, gang-raped Shama before her husband and then broke the couple’s legs – just in case they were able (by some miracle) escape the mob.  After then tying them to the back of a tractor they proceeded to drag their naked bodies over rough terrain before finally committing murder by burning them alive on a brick kiln.

We know the couple were alive as Suleman their six year old son was interviewed by media groups after the attack and stated he saw the couple twitching as they finally succumbed to the flames of the kiln fire (click here).

An antiterrorism court in Lahore in November 2016 sentenced five men to death and 10 others were given varying jail terms for playing a supportive role in the killing of the couple. However during the same hearing the court also acquitted 93 suspects in the case held during 2016 (click here).

BPCA spoke to the Grandfather Mukhtar Masih about the recent decision, he tearfully shared his pain, softly saying:

“All I ever hear about is how the murderers of my daughter her husband and the child I never got to see have escaped justice. These men feel no guilt and remorse and will more then likely enact similar cruelty to others.  Setting Criminals free only serves to worsen our society and sends out the wrong message that murderers are free to enact their evil desires.

“Only 5 men ever received a worthy sentence for taking three innocent lives, yet the three children I am still guardian for will have to live with the memory of that terrible day forever. They have lost loving parents who cannot be involved in the development of their offspring or how remarkable they will be as adults.

“Not a day goes by that I don’t remember the sweet smile of Shama, she had great hopes for her children a dream that I am determined to bring to fruition.”

“The nature of police investigations and court trials in Pakistan is one fraught with delay and longevity. The slow stop-start progress only serves to prolong the anguish felt by families and most cases with Christian victims fail to bring justice to perpetrators or minimal results.

“The Lahore Anti-terrorism Court decision on Saturday 24th March 2018 was inevitable.  Pakistani Christians hold pariah status and systemic prejudice that is inculcated in the Muslim majority through a national curriculum that demonizes and caricatures Christians.

“Their pariah status recently caused an ‘insolent Christian to be killed by doctors using medical instruments as weapons – so much for the Hippocratic oath. Representative lawyers, police and Judges all discriminate against Christians ensuring that the legal system is one that is genocidal in it’s proclivity.

BPCA continues to support the family financially and through provision of a full-time live-in-nanny.  If you would like to help us continue this support for the lives of young Suleman, Sonia and Poonam please donate by clicking (here)