By admin9 October 2018No Comments 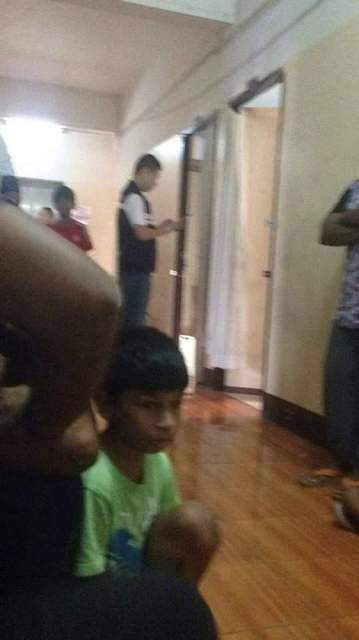 Today the arrest of over 70 Pak-Christian asylum seekers in Thailand has had far-reaching impact on the British Pakistani Christian Association, as it was the home of our oldest surviving school.

The BPCA school had been serving around 30 children at the location since 2015 and would have began this morning at 9am (3am GMT), however in one of the largest crack-down operations against Pakistani Christians in Bangkok’s history scores of immigration and police vehicles blockaded the asylum community in their condo at 7am.

With no where to run to most Pakistani Christians in Charan Thapara condo simply gave up and handed themselves in while a very small number found ways of hiding in the building often placing themselves in physical danger.

One of our teachers Mona Sumbal managed to squeeze into a boiler room and heard the wailing and screaming of all those who were arrested. It was a terrifying moment for her, she said:

“I had not even woken up when I heard shouts and screams as people began to warn others to escape. Our community is protective of one another and for many the first thought was help others slip the arrest that would place them into brutal incarceration in Bangkok IDC [Immigration Detention Centre].

“I heard the children I teach weeping and my heart was broken, I wanted to help but knew that if I came out of hiding I would be arrested too and the end result would be a return to Pakistan where my life is at threat.

“I just hunkered down closed my eyes, covered my ears and prayed to God to save me from arrest. He was my only hope.

“I waited an hour after all the noise had dissipated and discovered our school had been destroyed and no-one was around from the community everyone was arrested. I felt isolated and alone and broke down and wept as I fell into a deep depression.

“About 20 mins later my cousin appeared she is only 18 and now from such a large community only the two of us remain free.

“I feel helpless and have been crying constantly this latest raid has left me in a position I have never been in before, one where I no longer have the safety and protection of my family.”

Around 70 adults and scores of children were arrested during the brutal raid and only two of a once large Pak-Christian asylum community have survived. UNHCR registered refugees, asylum seekers and retirement visa holders were arrested in the number.

We are getting to grips with this ourselves as many BPCA staff in the UK and wider were close to this community especially the children at our school. We are seeing what help we can offer and have already been told that fines are going to be imposed on visa-overstayers which amount to around £100 per person, non-payment of thses fines will leave victims in the unenviable position of a stay in the infamous Bangkok central jail where the worst criminals including murderers and rapists reside. Pak-Christians who stay in the brutal conditions of these jails are inevitably and irreparably traumatised a fact that was evidenced during an interview undertaken by Chris Rogers of the BBC, who interviewed a survivor from central jail in a documentary released in 2016 .  You can watch the full BBC documentary which was filmed with the help of Wilson Chowdhry (click here).

BPCA would like to help arrested victims by paying the fines for all overstayers but need to raise £7000 urgently. If you can help us help these beleaguered victims including the 40+ children who have been dragged into the Thai criminal procedure for no reason but the escape of persecution by the adults in their family, then please donate by clicking (here).

News of this arrest is somewhat a surprise as the condo has never been raided below a factor linked to a Government official owning the property. This raid has however has shocked the Pak-Christian community of Bangkok as they now realise nowhere is safe and the extent of the animosity towards them.

“We have been devastated by news of the scores of children and their mothers who have been arrested with their male counterparts and now will potentially be placed in Thailand’s vicious Central Jail before an indefinite stay in the brutal IDC of Bangkok.

“That children continue to be victimised with their mothers is a painful reminder of the inadequacy of the UN who ignore the provisions of the Convention of the Rights of a Child, which Thailand is a signatory to.

“Worse still their targeted raids on Christian communities has through attrition forced vulnerable asylum seekers back to their homeland where they face a potential death threat. Faced with an indefinite stay in the IDC many Pak-Christians bear around two years of incarceration, before they accept voluntary assisted return.

“This process has seen one returning blasphemy accused man arrested on arrival and eventually convicted of blasphemy – he is still serving a sentence.

“One other victim returned home to be attacked once again, he has now been forced to escape Pakistan again (click here) .”

“Despite what the UN and many western nations believe growing evidence is illustrating that life for Christians in Pakistan has reached it’s lowest ebb, with persecution and severe discrimination being apparent in every geographical location of the nation.”

God’s Word does not return to Him empty