By admin10 February 2018No Comments 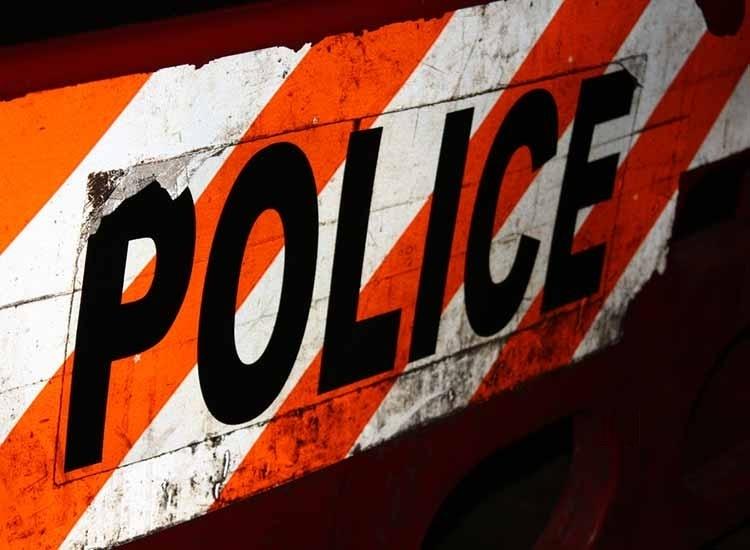 Two Pastors were arrested in the city of Amroha in Uttar Pradesh under charges of forcible conversion despite many who claimed to have converted quite openly declaring that they chose to change their faith and would not return to Hindusim.

Pastor Maan Singh (40 Yrs) from Delhi and Brahmanand (30 Yrs) a local man where arrested from the home of Brahamand in Mandi Samti after a local BJP activist lodged a First Incident report against the duo on 30th December 2017, at Hasanpur Police station.  Three other unidentified men have also been charged and remain at large while a search continues.

The men were booked under IPC sections 295A (deliberate and malicious acts, intended to outrage religious feelings by insulting religion or religious beliefs) and 153A (promoting enmity between different groups on grounds of religion, race, place of birth, language, etc).

Later, the two men were produced before a magistrate and were sent to jail.

According to the complaint registered by Shivkumar Singh, who claims to be an RSS member and is a resident of Rajpoot Colony in the local area, the  five accused men gathered local people to a public meeting on the pretext of informing them about “social issues and awakening”

Shivkumar however states that at the meeting anti-Hindu propaganda was being spoken and the five men revealed themselves to be Christian missionaries whose desire it was to convert Hindus to Christianity. In the FIR, he alleged:

“They said that with money funded from abroad, those who convert can lead a better life if they convert to Christianity. They abused Hinduism, our Hindu Gods and used objectionable language while trying to lure people for conversion,”

Shivkumar claimed that some families in the locality “fell into their trap” and have converted to Christianity but failed to say how many.

“I had information about these people advertising conversion for a long time — for the last year, at least. On Saturday, I called some friends and caught them red-handed. Then I filed an FIR against them,” Singh said.

The arrested men have denied all charges and have asked local police to produce any audio or video footage to prove the charges against them. They have said that the charges are contrived by extremists intent on oppressing minorities.

On the 2nd of January Indian Channel TV100  whilst interviewing former Hindus who had converted to Christianity, some very passionate accounts were shared

In the very last interview a very passionate man can be heard describing the miraculous healing of a brain tumour at a Church meeting 15 years earlier after he say’s that  ’15 years earlier Christian people prayed for me and I was healed completely now I am following the true God’.  The man seems determined in setting the record state and despite the furore that local conversions have caused amongst Hindu extremists, he visibly says:

“People should be allowed to worship freely and choose their own religion, Its their life let them live it and bear the consequences of their decisions.”

” Even if anyone gave me one billion rupees to worship Hindu idols I will not do that . When Jesus came into my life I was completely changed. I have started following Jesus and will not turn back if anyone wants to kill me let them do so, I am ready to die for Jesus.”

“From the statement given by the convert on TV100, which is a  Hindi-language 24/7 News television channel, that is a free-to-air and available across all major cable platforms as well as online, it would seem that Hindus that convert are not doing so through any payment or coercement, but from a genuine life changing transformation of their heart.

“The witness in the interview had a personal encounter with God that led to his body being healed and his heart being enlightened. His simple message confirms how draconian a measure the anti-conversion laws are and reminds us that an individual’s faith should not be decided by any state.

“The Indian Anti-Conversion laws breach Article 18 of the Human Rights Convention which the nation is signatory to.  India is said to be the worlds largest democracy yet continues to fail to uphold a persons right to freedom of belief.

“This case is particularly appalling as no ‘victim’ has come forward to allege forced conversion and the testimony of a zealot who has openly declared he has been observing Christians for some time has been allowed to enact his hatred without investigation, resulting in false charges leading to the arrest and detainment of innocent victims.

“India has risen to 11th on the Open Doors World Watch list the tracks the worst nations for Christian persecution, I believe the nation will rise further and will soon be amongst the top ten haters of Christians. This is a damning indictment on a country that had a more egalitarian trajectory till the start of the Narendra Modi regime.”

Indian Church demolished by local council within month of opening

In an act of bureaucratic vandalism, a newly built church was demolished after just over…