Mother of 5, raped, beheaded and body mutilated in sickening act of sexual depravity

By Editor2 January 2023No Comments 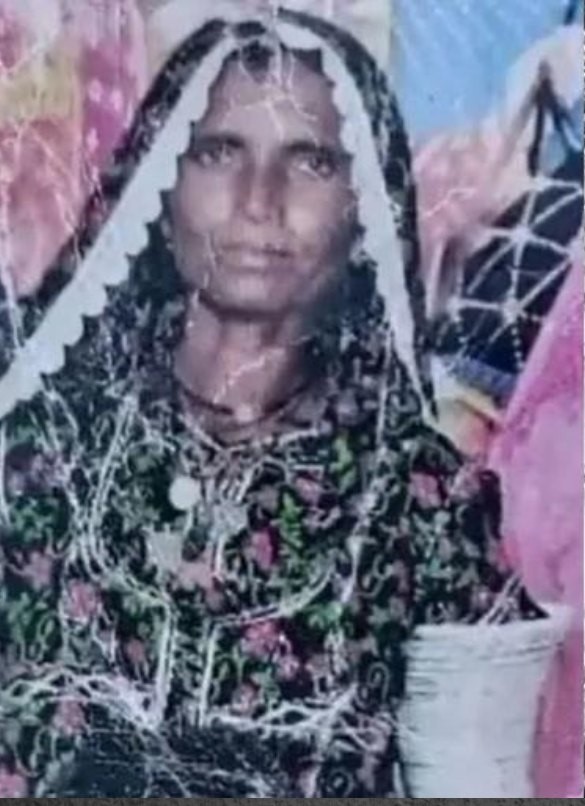 A widow of 42, with five young children was gang-raped by five men before they killed her, skinned her alive, chopped of her breasts and beheaded her for good measure.

The horrific sexual violence took place in Sindh Pakistan, where here mutilated body was then dumped in a wheat field.

Later the body was found with the skull and many areas of her ribs exposed , after being sliced of by a sharp sickle.

The body of a 42-year-old mother of five children, was discovered on 26th December 2022, naked mutilated and showing evidence of gang rape, when discovered in a wheat-field, in Sindh, Pakistan.

The mother and her daughter were collecting hay from a field they worked on at around 2pm on 26th December 2022.  They gathered up a pile, which was to be used to feed their own cattle, and were working on building a second pile.  At this point the mother asked her daughter to return home with the first pile and come back to collect a second pile, while she carried on making new piles.

When the daughter returned she could not find her mother. Her mother had disappeared and all that could be found was her dupatta (head scarf).  She searched frantically and then returned home to get help from her uncles.

After a search for the mother one of her uncles called the local police.  Police used sniffer dogs to find the body which was found on 27th December 2022.

Police made safe the investigation area and body parts were carefully collected and sent for a post-mortem examination.

The woman has been named as Diya was from a minority Hindu named named the Bheel [bhil (click here)].  Many Articles have written her name as Diya Bheel using the communities tribal name as a surname, as women do not usually have a second name in Pakistan.  The Bheel tribe in considered the largest tribe in India, but in Pakistan they form a tiny minority and are often persecuted by Muslim neighbours.

Diya now leaves behind 5 children, the eldest daughter who is 14 years of age, who are all being looked after by their uncles.

British Asian Christian Association is visiting the family of Diya tomorrow (3rd January 2023).  We will be offering them financial support as they come to terms with the loss of their main bread-winner and a legal advocate.  You can help us fund this support by donating (click here).

Sinjaro Police Station have registered a murder case and are being helped by police from Shahpurchakar due to the severity of the case. 5 suspects are now in custody and forensic evidence has been found.  This includes DNA evidence obtained from the sickle used, Diya’s carcas and from a blanket that was thrown on the floor for the men to lie Diya on during the sex attack.

Call Data records for all the suspects involved are currently being investigated by Police who seem surprisingly committed to getting justice for a minority woman.  That is no doubt due to the international infamy of the case already and pressure being placed on them by all tiers of Government.

The Sindh Provincial Minister Giyan Chand Essarani paid his condolence to the family, after visiting them in the village of  Deputy Goth on new years eve.  He has assured the family of  the Sindh Government’s ‘support to bring the culprits to the book’.

Protests calling for justice have erupted across Sindh and other parts of Pakistan, here is an image of a small protest held on New Years Eve, in Hyderabad,  by the Women’s Democratic Front -Sindh:

VIDEO: Friends of Diya posted this video of her funeral which took place on 31st December.

Like the majority of  Pakistan’s Christians the Bheel tribe live in rural communities and work as farm-hands or women often work as domestic cleaners for Muslim landlords and often are subjected to work-based rape.  When rape allegations are made against a Muslim Landlord, authorities either ignore complaints, are bribed by the perpetrator or the families of victims are threatened [Normally with further rapes or deaths of family members] into a compromise bribe. These legal bribes  under Pakistan’s notorious Qisas and Diyat laws (click here) allow murderers and rapists to escape justice.

“This attack is extremely horrific.

“We cannot imagine what it was like for the family member who had to identify the remains of Diya, but they must be extremely traumatised.

“It is a poor indictment of Pakistan, that case after case of brutal murder and rape is being reported in their nation.

“Some blame the sexual delinquency in the nation on faith-induced sexual repression, others on the limited rule of law in the country.

“Personally, I believe a mixture of the above, in conjunction with Qisas and Diyat laws create a very unfortunate impunity for criminals – making it easy for such crimes to promulgate.

“That laws exist in Pakistan that allow freedom to rapists and murderers without punishment, or rehabilitation, is simply atrocious.

“The notorious Qisas and Diyat laws of Pakistan are a blight on the nation.

“They leave the the state powerless to prosecute for murder and rape and propagate injustice.

“Murder and rape is a crime against the public at large, including the victim.

“Such crimes should not be viewed as civil transaction between the murderer and the victim’s heirs.”

British Asian Christian Association is visiting the family of Diya tomorrow (3rd January 2023).  We will be offering them financial support as they come to terms with the loss of their main bread-winner and a legal advocate.  You can help us fund this support by donating (click here).

CAUTION: Please be aware that some very gruesome and graphic images will be posted below: 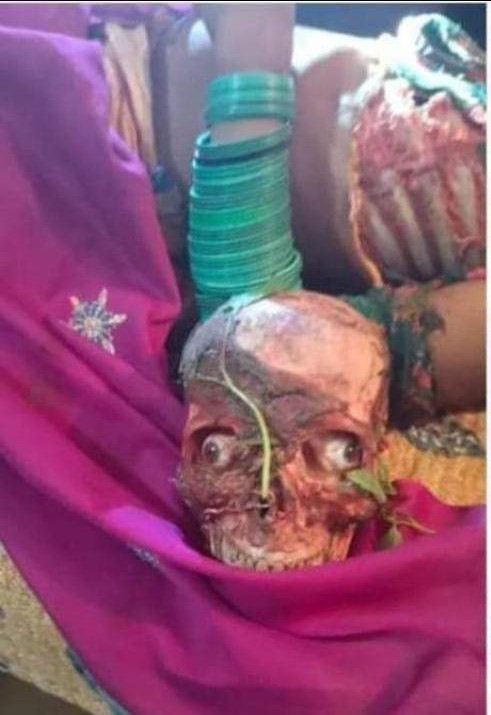 UK Foreign Secretary, Jeremy Hunt, has commissioned an independent, global review into the persecution of…