By admin24 December 2020No Comments 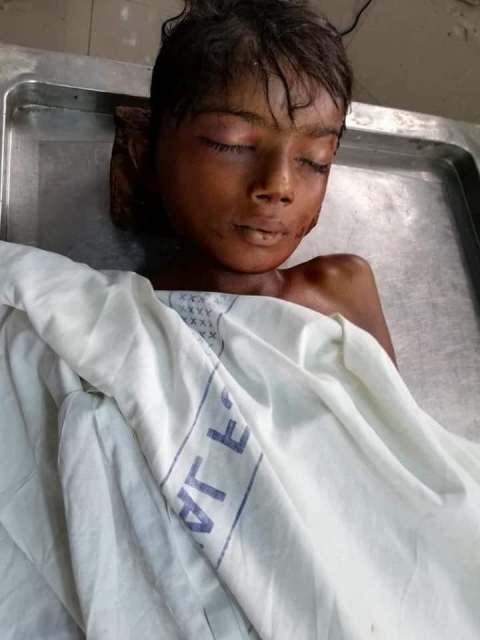 A ten year old Christian child who chose to work in a dangerous scrap factory so he could support his mother who had to fend for a family of two boys and a drug-addict husband, was raped and tortured before being killed by his Muslim employers. Our earliest report on Badil’s murder can be read (here)

In her statement given to the Muharar Mohammad Shahid, Sharifa Bibi accused Irfan Murad and Ikram for a brutal murder of  son Badil Shehzad.

A First Information Report (FIR 1132/19) was registered as early as 11/07/2019 in Ghulam Muhammad Abad Police Station. But Later the investigating officer Khizar Hayat declared Ikram innocent of the charge of murder. It is believed that a large bribe was paid to police officers for the investigation to be scuppered.

The family began to pursue the case in Faisalabad District court with the help of British Asian Christian Association , presided over by Judicial Magistrate Muhammad Pervaiz Khan.

On 3rd December 2019, however the case was shifted to be pursued in the court of Worthy Sessions Courts Faisalabad, as it was proven to be a murder and that was in the jurisdiction of Judicial Magistrate, Muhammad Yusaf Ajula.

Despite sufficient evidence and the recorded statements of several witnesses, a bail petition filed by Muhammad Ikram was accepted on 13th December 2019, against a surety bond of 100,000 Rs.

Its now more than one year that the murderers of Badil Masih have been set free on bail  and there has been no progress through the courts.

The judicial process was initially halted by the COVID-19 pandemic earlier this year. However, in August, courts resumed but even outside a pandemic they move slowly and rarely is justice given to minorities.  Our hopes for this family are beginning to dwindle as even though the murder of a 10 year old boy is shocking to the core, this may not be enough for witnesses to seek justice.  Local police already seem to have been bought by the rich Muslims who killed Badil and already on 8th December the witnesses failed to present themselves to Lahore court.

Since being set free on bail the murderers of Badil Masih are constantly threatening eyewitnesses and warning them not to turn up at the court.

https://britishpakistanichristians.worldsecuresystems.com/donateSharifah Bibi with her surviving son and a BACA officer

“ Waqas Masih, one of the eye witnesses contacted me by phone and later came to see me at a secret place.

“He said he would not witness against Irfan Murad and Ikram instead he tried to convince me to drop the case and accept compromise money.

“My sweet son did all he could to sustain our family, his father is a drug addict and never contributed.

“I know he will have a special place in heaven, but his cruel murder breaks my heart.

“I cannot disgrace my son’s memory by accepting money for his death.

“I just want these men locked up so that other children are not killed.”

British Asian Christian Association has been paying for legal cover through advocate Zubair Janjua, he gave us a recent update, he said:

“No witness is showing up in the court which is definitely having a negative impact on this case.

“We are working with Police and the courts to ensure that witnesses are informed of their duty to speak the truth in court.

“We are also trying to make sure Police put adequate protection measures in place to protect witnesses and encourage them to share their testimony.”

British Asian Christian Association, Has been providing legal support and financial support to the family of Badil Masih, since the 11 year was murdered by his employers.  This work is neither cheap or easy to provide and places our officers at great risk.  We are unable to continue this work supporting Sharifah as she challenges for justice for Badil without your help.  To help us help Sharifah and other victims of Christian persecution in Asia please donate (here).

Watchful eyes watch over Asia Bibi, while her family remains in peril