By admin11 October 2021No Comments 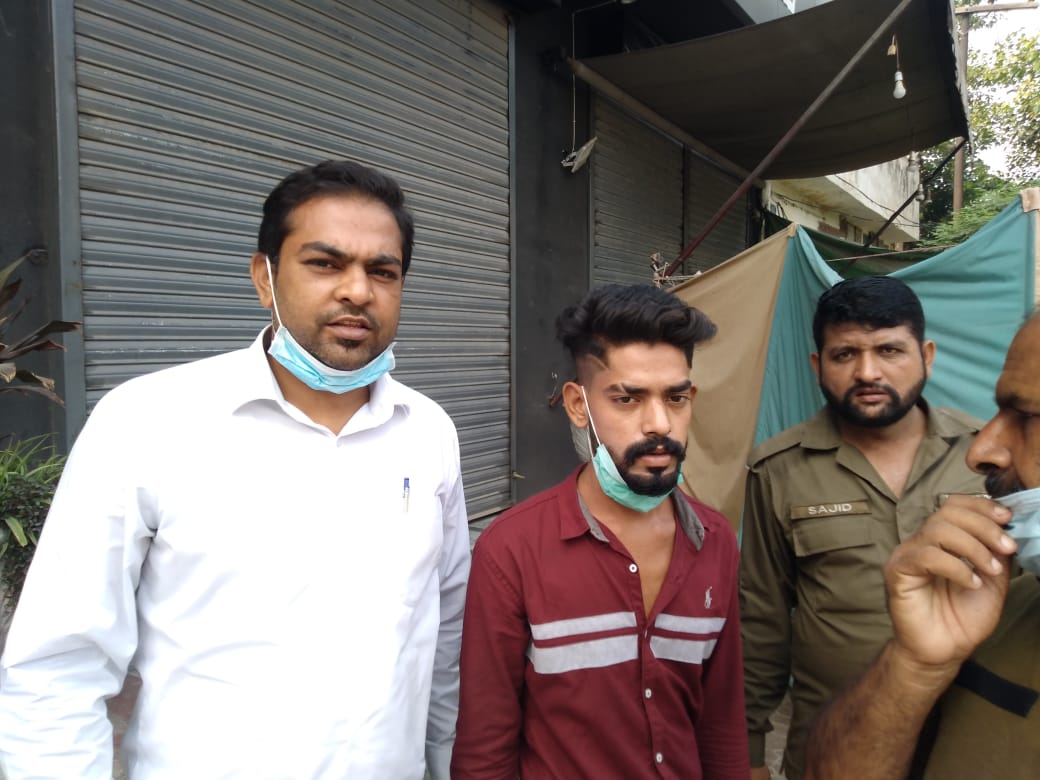 British Asian Christian Association have won a hearing at the Sessions Court of Lahore, resulting in the arrest of known gunmen who shot at an innocent Christian community, severely injuring several people.

The landmark case will see these gunmen tried at an Anti-Terrorism Court under Pakistan’s Anti-Terrorism Act where the perpetrators could face a life or even death sentence.

A Christian man returning home from work accidently spotted a drug deal near his home.  When the Muslim drug dealer noticed Asghar Masih (46 yrs) eavesdropping he first tried to scare his from the area, by shouting insults.  When he saw this had no affect as Asghar was a local resident, the dealer Dilshad Dogar pistol-whipped him laughing with his friends as he walked away.

A bleeding badly injured Asghar got up visited Sherakot Police Station and reported the crime,  He then  went to Services Hospital for treatment.  The next day Mr Dogar returned with several goons who shot at the whole Christian community injuring several men and women – one of whom was pregnant. The Christian community was visited by British Asian Christian Association officers who though terrified of the gunmen,  have all requested that BACA take up a legal case and seek justice on their behalf.  Read more and view the devastation caused by the gun attack (here)

On 1st October,  Dilshad Dogar and  Chand Khencha had applied for pre-arrest bails at Lahore Sessions Court. Our BACA team were also present at the court with our Counsel Naseeb Anjum.

Chand Khencha appeared in the court for the hearing  but Dilshad Dogar was not present.  However, the police were present with BACA officers and they immediately arrested Chand Khencha.

A date was set for the initial hearing at the Anti Terrorism Court and duly on 4th October our advocate Naseeb Anjum attended.  At the hearing despite remonstrations from Mr Anjum, a bail application was accepted for Muhammad Irshad Dogar by Judge Arshad Hussain Bhutta.

This was based on Sherakot Police clearing him of being present at the crime scene based on limited evidence and lack of any witness statement.  Mr Anjum has argued that though he was not present at the shooting, Irshad Dogar is a known leader of the crime gang and it is believed he instructed the violence. The police report has not assigned any blame for this incident to culprit Irshad Dogar even though a supplementary statement was given to police.

Though Irshad Dogar has received bail Mr Anjum intends to have him re-entered into the court process as this trial continues.

Already arrests have been made of all the remaining culprits, including: Chand Khencha, Butt Nanawala and many others.  All of whom have been sent to jail on judicial remand.  Only Dilshad Dogar the nephew of Irshad Dogar remains a fugitive.

Our advocate Mr Anjum has stated that police will soon submit a charge sheet at the Anti-Terrorism court and he believes strongly, that all the culprits involved in the attack will be convicted.

“We never thought we would get such a successful result. God has been faithful with us.

“Through British Asian Christian Association we are able to stand up against our oppressors and seek justice.

“We thank God for them and their supporters – God is good.”

The original complainant has asked for his name to be removed from the original FIR (crime report made by police), through fear of retribution.  This would normally result in a dropping of all charges and an end to the investigation.  However, buoyed by the result all the other victims have sought to file individual applications against the culprits of this crime.  This means that should any others later decide to pull out there will hopefully be other live applications allowing British Asian Christian Association to see this case through to convictions.

BACA has filed an application with the office of the Superintendent of  Lahore Police requesting the complainant amendments  to the original First Information Report (FIR).  The original Complainant was victim Asif Masih, but now Asghar Masih and the other victims (read more about them here) will all have the names added within individual FIR’s (crime reports).

“We thank God for this result –  it is a small step towards justice.

“Only in winning cases like this can we stop the pervading perception of impunity for crimes against Christians.

“When this attack happened, I have no doubt that the perpetrators thought that the meek and deprived Christian community would cower and take no further action.

“Having full legal representation has scuppered their plans to terrorize and manipulate.

“Now they face the full weight of Pakistani law.”

Legal work of this nature does not come cheap but can shape a pathway to a new safer Pakistan for Christians and other minorities.  If you would like to help us advocate and provide aid to suffering Asian Christians, then please donate (here) or tell us how else you could help at admin@britishasianchristians.org.

BPCA in Australia to raise awareness about kaffirophobia, the plight of persecuted Christians, and apostates