By Editor30 September 2021No Comments 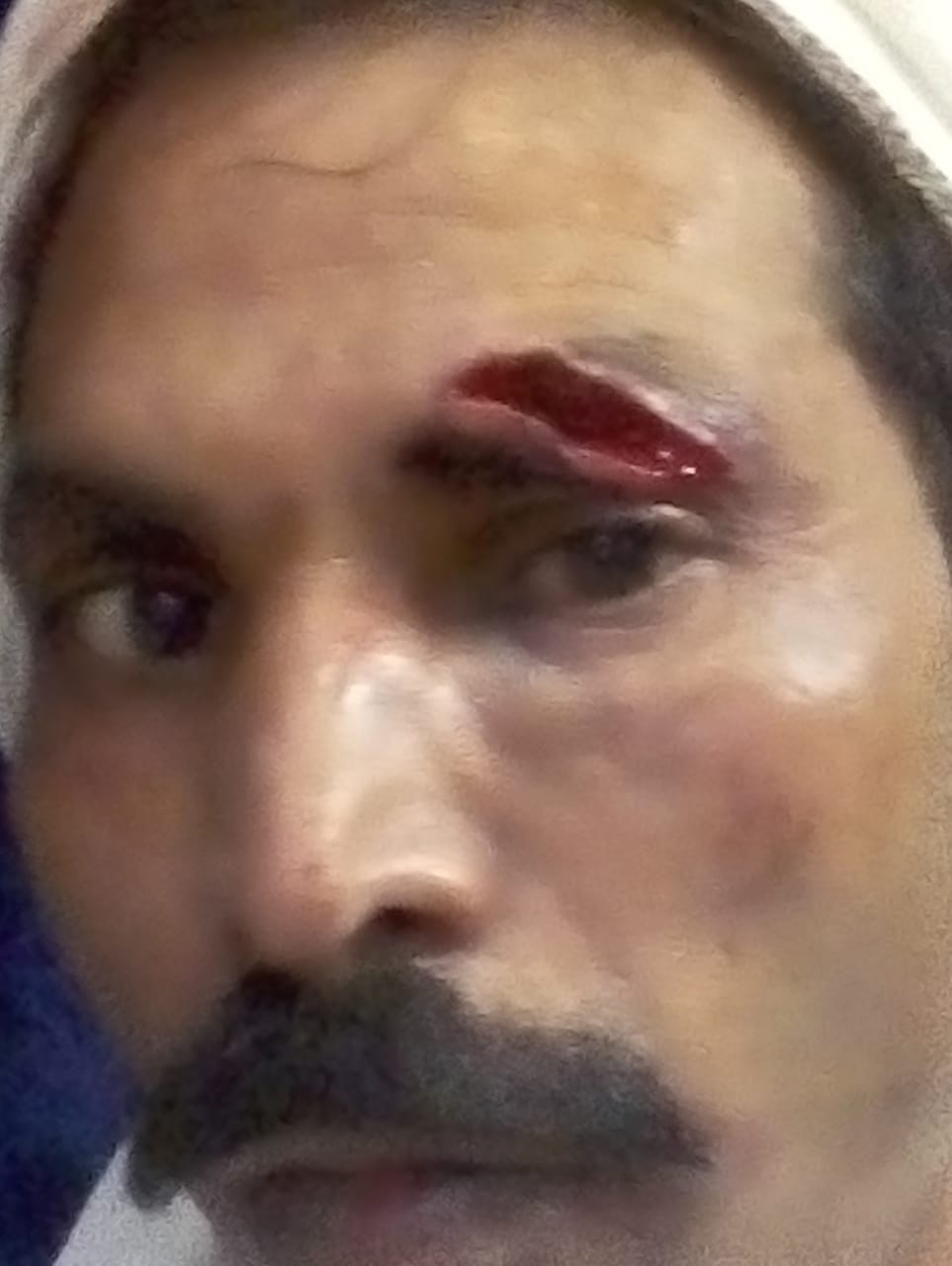 A gun attack on a Christian community in Lahore has left several people injured and receiving medical attention.

Fear has gripped the Christian enclave of Shamsabad, Sherakot who fear further attacks.

The attack began after a dispute between a Christian man named Asghar Masih (46 Yrs) and a local drug lord named Dilshad Dogar.  On 5th August at about 6pm Mr Masih was returning home from work and noticed some drug dealing near his property.  He glanced at the dealer for a little bit too long and Mr Dogar , who was with a group of associates, shouted out at him “Choorah (derogatory name for Christians) you have no right to be on these streets, go away from here.”

In response, Mr Masih, shouted back: “I have every right to be here, this is my home and I have lived here for many years.”

The retort, raised the ire of Mr Dogar who smashed the handle of his pistol on Mr Masih’s face causing serious injury and bleeding.

Mr Masih, fell over in pain and Mr Dogar and his cohorts walked away from the area laughing and joking, while shouting insults at Mr Masih.

Mr Masih, picked himself up and was able to travel to Sherakot police station and file a complaint about the unprovoked assault.  After reporting the crime Mr Masih travelled to Services Hospital, Lahore for some treatment.

The next day (6th September) was quite normal for Mr Masih until around 2.15pm when around a dozen Muslim armed and masked goons began a gun attack on the Christians of Shamsabad. Kalashnikovs and other heavy duty  weapons were used to carry out the attack which lasted for approximately 30 minutes. Hundreds of bullets were shot at local homes and at the local church wounding six people, including an expectant mother.

Frightened local Christians called the emergency services number 15 to seek immediate police help. But to their dismay the police arrived 45 minutes later by which time the masked gunmen had already fled.  The  Police met with local Christians reassured them that the gunmen had left the area and asked the victims to file an application for the registration of a First Information Report (FIR) through the leaders of the community.

*qatl-i-amd is the intention to cause death or injury.

Despite the efforts of local leaders and BACA, Sherakot Police will not be pursuing the gunmen under the Anti Terrorism Act, which has stiffer sentences of death or a life sentence.  This sis despite clear evidence that the attack was targeting a particular faith group with the intention of instilling terror – which the gunmen succeeded in doing.

BACA met with some of the victims

Asif Masih (40 yrs), had just returned from his work when he heard the sound of gun fire.  A state of panic set in and he found himself rushing towards his home, to protect his three young children all under 10 years of age, who were playing in the backyard of his home at the time.  He directed his children into the one room house he stays in but several bullets pierced through the gate of his house and wounded both his legs.  No-one else was injured in his home.

“I was shot in both my thighs as I was closing the large metal gates to my home.

“The bullets went straight through the metal of my gate they were fired with such force.

“I thought I was going to die and somehow shouted to my children and got them inside our one-room home.

“Bullets pierced through the walls of my home but God protected my children and my wife and we knelt on the floor praying for his protection.”

Munira Yousaf (28 yrs) the wife of Pastor Yousaf Bashir (32 yrs) was hit in the attack suffering a bullet wound to her right arm near the elbow. Pastor Yousaf, explained:

“The attack began at the church which is in the middle of the street where Christians live.

“From there the gunmen spread out an began shooting at all the Christian homes not missing one of them.

“The Dogars are known drug and crime barons in the area and are deemed to be very dangerous by local people.

“I saw about  8 gunmen but there could have been more.

“I was not out long enough to see as like the other Christians I sought the protection of my home.

“I was at work and my boss called to tell me that my wife [Irshad Bibi (36 yrs)] had been shot.

“My word collapsed and I rushed home to find my wife unable to walk as she had been shot in both feet, after bullets pierced the wall of our home.

“I rushed her to Services Hospital for treatment and still remember the look of pain in her eyes – it still traumatizes me.”

Maria Kashif (28 yrs ) was shot in her left  foot and was struck by two bullets in her right thigh. Her husband Mr Kashif (30 years ) expressed his anger at the attack, he said:

“Five members from my family have been injured by the random firing of the Dilshad Dogar gang.

“My wife and I were clinging to each other and our children in our home, but bullets got through our walls and Maria was hit.

“The police seem very reluctant to do anything about this attack, Christians cannot expect any protection in Pakistan.”

Sherakot police have gathered almost 400 empty bullet shells fired from the devastating automatic weapons used by the assailants.  But thus far no-one has been arrested.

A six-month pregnant expecting mother Nirma Shamoon (22 yrs) was shot in the thigh of her right leg. Though she fell to the floor immediately, she landed as carefully as she could.  Doctors have confirmed that her baby is safe for now.  Mr Shamoon picked his wife up during the continuing shooting and took her from their courtyard into the relative safety of their home, where they began to pray for their protection and the safety of their embryonic child.

“I thank God that Nirma and our child are safe despite Nirma being shot.

“The complainants in this case are terrified and are willing to forgive the culprits out of their fear.

“But we want to fight for justice, our child should not be brought up into a world where we can be shot at without repercussions.

“I hope other Christians are brave and strive for justice.

“These men should be locked up and made an example of to prevent others acting so viciously.”

Another Christian woman named Samina Bibi was seriously injured after a bullet hit her belly causing the rupturing of her intestines.  Samina has gone through a difficult surgery at Services Hospital Lahore and is still in a serious condition.  Samina and her family have fled their home and  moved to another area for the fear of further Muslim brutality.

Dilshad Dogar and Muhammad Chand Khencha have now secured pre-arrest bail already. But a hearing for this case is fixed for 1st October in Sessions Court Lahore.  British Asian Christian Association have prepared a lawyer to fight for Mr Shamoon and his family and others who are willing to take up the stand for justice.  We are asking families to take up individual FIR’s against the culprits of the attack.  This will prevent the case falling  through should any understandably frightened families choose not to pursue justice.

“This is neither the first nor last gun attack that Christians have faced in Pakistan.

“It beggars belief that attacks like this can happen in Pakistan and in nearly every case the known perpetrators have been set free.

“By God’s grace during this attack no-one was killed but should it really take mass deaths before Pakistani authorities take action?

“When Prime Minister Imran gave his election speech he said he wanted to ‘create a nayya (new) Pakistan’.

“If Imran Khan wants his government to be taken seriously, then this time, he must see to it that justice is served.”

Update on 30th September 2021:   Our BACA solicitor has successfully challenged Sherakot Police to Include crimes under the Anti-Terrorism Act 1997 of Pakistan (click here), which will now be included in tomorrow’s court hearing

BACA is providing a solicitor to this community which is an expensive endeavour and we need your help to finance this legal support to ensure justice.  We would also like to help with medical costs that have been incurred by victims.  We also plan to offer small grants towards the wages lost by these impoverished families, due to injuries preventing those employed from being able to work. If you would like to support our work helping these victimised and persecuted Christians then please donate by clicking (here). 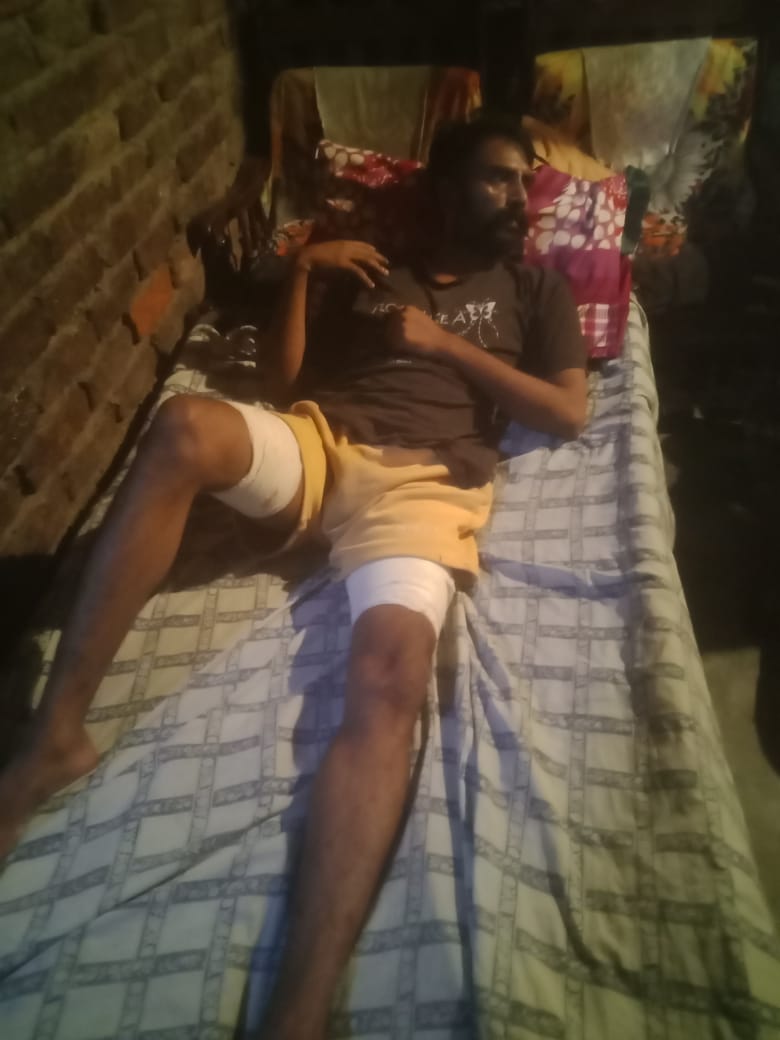 Shot in both his thighs Asif Masih has not been able to attend work.