By admin18 February 2021No Comments 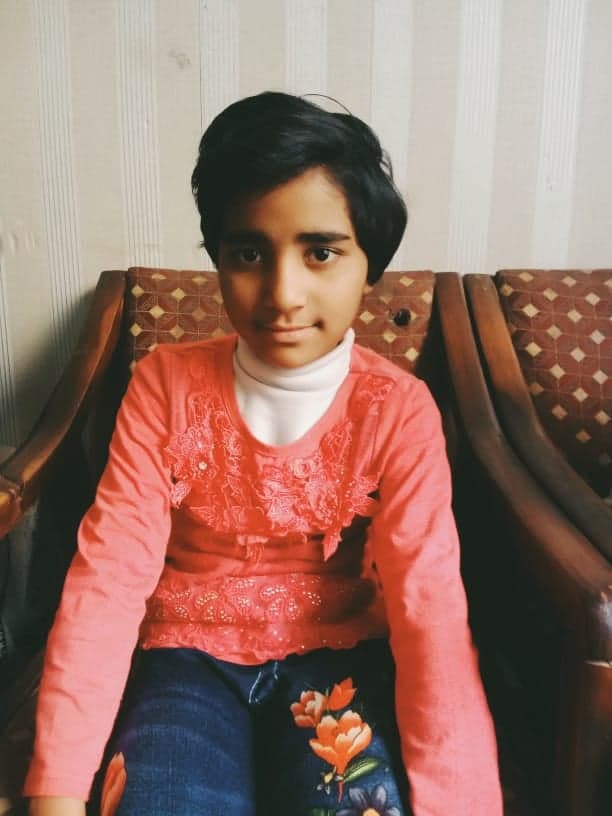 After a Christian girl of only six years was beaten and raped after being forcibly taken to the home of a Muslim man in broad daylight in September 2019, BACA stepped in to help- read more (here).

We provided a solicitor and began the legal procedure to get justice, however the perpetrator Mr and his cohorts began  threatening the Christian parents with violence,  the rape of Tabitha and their other daughters and financial ruin if they proceeded with a legal case against paedophile Muhammad Waqas (18 yrs).  The threats heightened after the rapist was bailed despite clear evidence of his crime.

As a precaution BACA in October 2020, provided the family with the keys to a home far from where they lived before.  We caught up with family to see how the move was for them.  The parents have advised us that both of them have been able to find local work and that all the children are back at school after having been forced to stay away for fear of kidnap or worse. Father of Tabitha, Munir Masih, said:

“A local wealthy landlord Ali, who is friends with [Mr Waqas] knocked at my brothers house and threatened violence towards his family unless he disclosed our whereabouts.

“When he explained he never knew our current address the small gang began to shout abuse at him and used derogatory language to insult Tabitha and my family.

“So far they have not been attacked but we all fear for them.

“For over a year Tabitha (now 7 yrs) and her sisters had to forgo school.

“Moving to the safe house has helped our family recover from the fear of going out.

“Tabita is now eagerly attending school as are her sisters though hours are much reduced [children go to school every second day] due to the COVID-19 pandemic.

“My wife and I have also been able find work and we hope to use the money we save on paying rent to relocate here permanently.”

14th November 2020:  Witness statements were to be recorded at Lahore High Court but Magistrate was on holiday

25th November 2020:  Court hearing adjourned due to lawyers elections in the courts of Punjab.

17th December 2020: Chief Justice of Hight Court, Mr. Qasim Khan ordered the cancelation of all court listings for two weeks, owing to the rising cases of Coronavirus in the country.

On each of the above hearings witnesses Akram Bali, James Masih and Munir Masih took time of work to join Advocate Sumaira Hussain.  The delays made all three men very despondent. Statements were however taken on 18th January 2020.

During the same court session Waqas was also present before the court. Judge Muhammad Iftikhar, called Muhammad Waqas to remove the mask from his face so he was visible.

On Tabita’s turn Judge Iftikhar called her close to his bench and asked the name of her father which she told. He asked her

Tabita narrated her capture by Waqas and the later sexual molestation, there was no witness protection service provided despite her vulnerability.

After this there were three further adjournments on 23rd January and the rescheduled date on 6th February and a further reschedule for 18th February 2020. Each postponement was due to failure by the the defence counsel to arrive at court.

On 25th February it is expected that two further witnesses Akram Bali and James Masih will finally give their witness accounts.

“I am confident we will get a conviction against Muhammad Waqas and this will be very soon.”

“That it takes so long to get justice in Pakistani rape cases is a real disappointment.

“Worse still the ease with which rapists are able to get bail in Pakistan is astonishing.

“Until such a time, as when these flaws in the judicial and policing system are removed, Christian women will remain an easy target for sexual predators.”

BACA is providing free legal protection to several victims of rape and the notorious blasphemy laws of Pakistan.  We cannot do it without your help.  If you would like to donate to our work please explore the best payment option by clicking (here).

Forgiveness is a matter of life and death, if we can’t forgive, then how can we expect to be forgiven ourselves