By admin18 December 2015No Comments 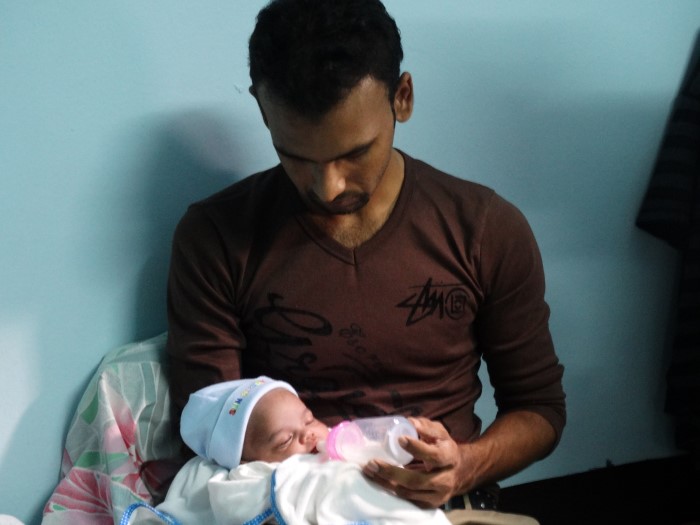 Share
Facebook Twitter LinkedIn Pinterest Email
Waqas Masih arrived in Bangkok in 2012 and called across his fianceé, Nomi Waqas, who was the love of his life. Waqas was escaping a blasphemy allegation
and Nomi just wanted to be with him wherever he was, so the journey was simply meant to be a new beginning.

Their life as a married couple started well despite the difficulties of life in Thailand where asylum seekers and refugees have no human value. When
Nomi accidentally became pregnant, the couple felt they could not do anything but trust in God that they could bring her up safely.

Unfortunately disaster struck during the last month of her pregnancy and Nomi suffered excessive vomiting within which traces of blood were found.
Thai doctors misdiagnosed her ailment and gave medicines for food poisoning. Five days after the birth of her daughter whom she was caring for on her
own, Nomi had an attack of excessive vomiting and was later found unconscious by her husband. She was taken to a local hospital and declared dead on
arrival. Nomi was just 22 years old at the time of her death. Tuberculosis was declared the cause of death during a postmortem. Had this been discovered
and diagnosed properly, Nomi would still be alive today.

Now the father Waqas is left alone in his grief to look after his baby daughter who was 25 days old when the photograph was taken on 27th November
2015. He is receiving no support from local churches or charities and is unable to work. We have provided some small fiscal help and some counselling,
but Waqas needs full time support as caring for his child is a full time job and in order to do so he had to give up his exploitative illegal employment.

“My beautiful wife lost her life in her prime and it hurts so much. Now my daughter Uziah needs me and I am so frightened that her vulnerable life will be taken from me also. I have placed my trust in God and pray that he will take me away from Thailand and Pakistan to a place where we will both finally be free of persecution.”

Waqas has been in Thailand for the past 3 years, waiting for the result of his resettlement Status Determination (RSD).

When he pursued UNHCR via an application for expedition submitted by the BPCA, he was initially told that his case wouldn’t be fast-tracked but later
UNHCR promised to release his result some time this December.

*Update* We have now learnt that Waqas’ asylum case was rejected on 8th December but he plans to appeal this and has until 8th March 2016 to
do so.

Waqas feels let down by the UNHCR and the Thai authorities as his escape from persecution has led to the early demise of his wife. He now struggles
to bring up his child alone and is living off the handouts of other suffering Pakistani Christians.

The BPCA would like to provide regular support for Waqas and Uziah his baby girl. We need to raise £250 per month to support the family with rent costs,
food, nappies and baby milk, toiletries clothes and other necessities. Please give whatever you can towards this.

Please help us to help our suffering brothers and sisters.

If you feel led to help these suffering brothers and sisters in Thailand, then please use these bank details:

Ref: Love for brothers and sisters in Thailand

If you would like donate using PayPal our PayPal email address is: info@britishpakistanichristians.co.uk.

Any cheques should be made payable to the BPCA to our address: 57 Green Lane, Ilford, Essex, IG1 1XG.

Thailand to deport over 70 Pakistani Christians