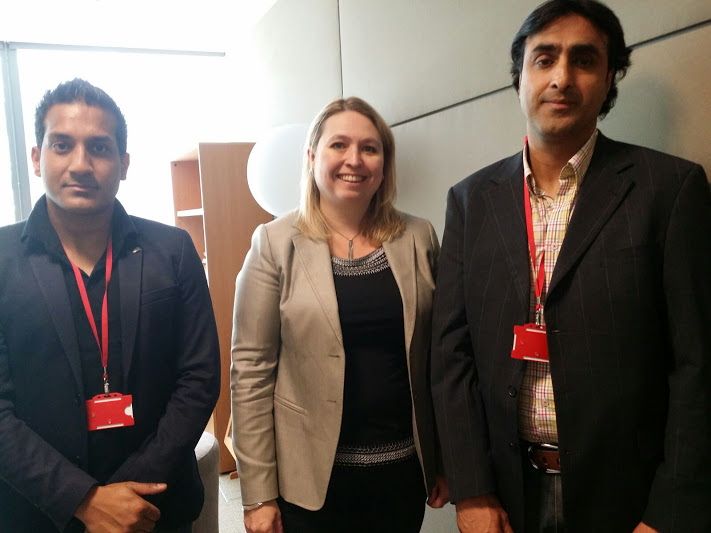 Wilson Chowdhry, former Under Secretary of State for the Home Office Karen Bradley and Nissar Hussain the UK’s most persecuted apostate.

During a recent review of Islamophobia  BPCA submitted a report on the converse situation whereby Islamists have been persecuting those who have quit Islam or other non-Muslims, to allow a sense of balance.  Our report was uploaded yesterday and can be read (here).  In the meanwhile dangerous definitions of Islamophobia which will restrict free and open discussions about Islam and will exacerbate existing faith tensions rather than eradicate them, are being adopted by political bodies without appropriate scrutiny.  British Pakistani Christian Association, President Wilson Chowdhry co-signed a letter of concern which was submitted to the UK Home Secretary MP Sajid Javid.  You can read a copy below.

The APPG on British Muslims’ definition of Islamophobia has now been adopted by the Labour Party, the Liberal Democrats Federal board, Plaid Cymru and the Mayor of London, as well as several local councils. All of this is occurring before the Home Affairs Select Committee has been able to assess the evidence for and against the adoption of the definition nationally. Meanwhile the Conservatives are having their own debate about rooting out Islamophobia from the party.

According to the APPG definition, “Islamophobia is rooted in racism and is a type of racism that targets expressions of Muslimness or perceived Muslimness”.

With this definition in hand, it is perhaps no surprise that following the horrific attack on a mosque in Christchurch, New Zealand, some place responsibility for the atrocity on the pens of journalists and academics who have criticised Islamic beliefs and practices, commented on or investigated Islamist extremism.

The undersigned unequivocally, unreservedly and emphatically condemn acts of violence against Muslims, and recognise the urgent need to deal with anti-Muslim hatred. However, we are extremely concerned about the uncritical and hasty adoption of the APPG’s definition of Islamophobia.

This vague and expansive definition is being taken on without an adequate scrutiny or proper consideration of its negative consequences for freedom of expression, and academic and journalistic freedom. The definition will also undermine social cohesion – fuelling the very bigotry against Muslims which it is designed to prevent.

We are concerned that allegations of Islamophobia will be, indeed already are being, used to effectively shield Islamic beliefs and even extremists from criticism, and that formalising this definition will result in it being employed effectively as something of a backdoor blasphemy law.

The accusation of Islamophobia has already been used against those opposing religious and gender segregation in education, the hijab, halal slaughter on the grounds of animal welfare, LGBT rights campaigners opposing Muslim views on homosexuality, ex-Muslims and feminists opposing Islamic views and practices relating to women, as well as those concerned about the issue of grooming gangs. It has been used against journalists who investigate Islamism, Muslims working in counter- extremism, schools and Ofsted for resisting conservative religious pressure and enforcing gender equality.

Evidently abuse, harmful practices, or the activities of groups and individuals which promote ideas contrary to British values are far more likely to go unreported as a result of fear of being called Islamophobic. This will only increase if the APPG definition is formally adopted in law.

We are concerned that the definition will be used to shut down legitimate criticism and investigation. While the APPG authors have assured that it does not wish to infringe free speech, the entire content of the report, the definition itself, and early signs of how it would be used, suggest that it certainly would. Civil liberties should not be treated as an afterthought in the effort to tackle anti-Muslim prejudice.

The conflation of race and religion employed under the confused concept of ‘cultural racism’ expands the definition beyond anti-Muslim hatred to include ‘illegitimate’ criticism of the Islamic religion. The concept of Muslimness can effectively be transferred to Muslim practices and beliefs, allowing the report to claim that criticism of Islam is instrumentalized to hurt Muslims.

No religion should be given special protection against criticism. Like anti-Sikh, anti-Christian, or anti-Hindu hatred, we believe the term anti-Muslim hatred is more appropriate and less likely to infringe on free speech. A proliferation of ‘phobias’ is not desirable, as already stated by Sikh and Christian organisations who recognise the importance of free discussion about their beliefs.

Current legislative provisions are sufficient, as the law already protects individuals against attacks and unlawful discrimination on the basis of their religion. Rather than helping, this definition is likely to create a climate of self-censorship whereby people are fearful of criticising Islam and Islamic beliefs. It will therefore effectively shut down open discussions about matters of public interest. It will only aggravate community tensions further and is therefore no long term solution.

If this definition is adopted the government will likely turn to self-appointed ‘representatives of the community’ to define ‘Muslimness’. This is clearly open to abuse. The APPG already entirely overlooked Muslims who are often considered to be “insufficiently Muslim” by other Muslims, moderates, liberals, reformers and the Ahmadiyyah, who often suffer persecution and violence at the hands of other Muslims.

For all these reasons, the APPG definition of Islamophobia is deeply problematic and unfit for purpose. Acceptance of this definition will only serve to aggravate community tensions and to inhibit free speech about matters of fundamental importance. We urge the government, political parties, local councils and other organisations to reject this flawed proposed definition.

16 year old Christian girl wrenched from the safety of her home by Muslim gun gang, in sight of shocked onlookers and later forced into Islamic Marriage