By admin25 September 2021No Comments 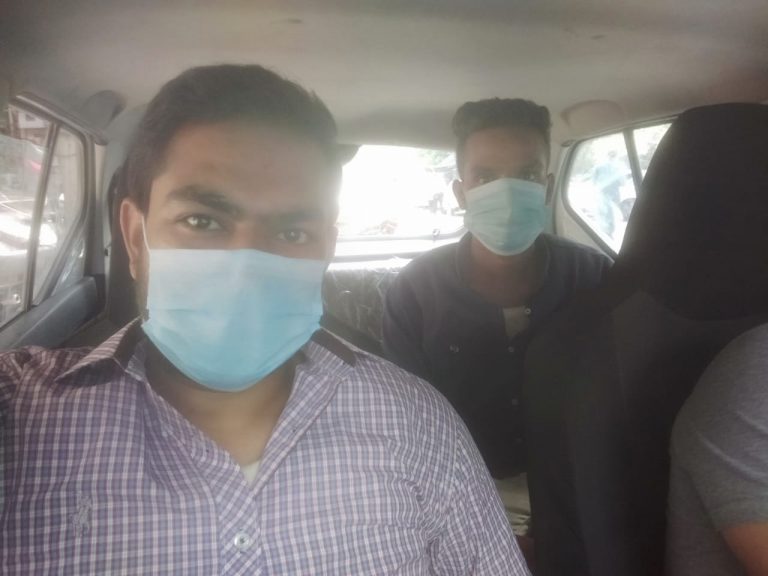 We have regularly informed you about the case of Nabeel Masih who was only 16 years old, when he was accused of blasphemy after someone shared an image of the Kabba (Muslim holy shrine in Mecca) with a pigs head on it, on his Facebook page.

Nabeel Masih was entirely innocent but in the furore that arose after Muslim friends accused him of shaming Islam resulted in him almost being lynched, his father being beaten up and almost killed by Police officers during a brutal interrogation, leading to Nabeel giving himself up to save his father.

After two years of mistakes by other charities involved in helping Nabeel, he came to for help via the British Asian Christian Association and like always we got him out of prison on bail.  You can read more (here) and (here).

His imprisonment without conviction for 4 years detrimentally affected his health (click here).  BACA helped him get the necessary medical treatment to remove the concern (click here).

In our last newsletter, we expressed concerns about how long the court process was taking, mainly due to very whimsical postponements (click here)

This month we have more pleasing information than normal.  At a court hearing today 25th September 2021, once again the complainants arrived without their lawyer.  They have been accusing Nabeel Masih of blasphemy and challenging his current bail.

Advocate Naseeb Anjum, hired by British Asian Christian Association, for Nabeel Masih, explained the dire situation and death threats that Nabeel Masih is exposed to.  He reaffirmed the dangers involved in travel to and from the court and sought that the judge decide the case on merit.

Unfortunately, Judge Fareeda Ijaz was unable to deliberate in the absence of the complainant counsel, and she stated very bizarre reasons for a further delay. “I have not studied the case documents and would need some time to study them thoroughly. She  said.”

“I shall decide this case on next hearing”, she added.

Judge Ijaz’s last comment of course brought some hope of an end to the enduring court shenanigans, that have prevented a full acquittal of Nabeel Masih.

The next hearing is coming up soon and we hope to inform all our supporters of his acquittal so that we can all rejoice in another successful court procedure.

Nabeel Masih, spoke about how he feels, he said:

“I am afraid of the complainants and the type of animosity they have been generating towards me in the court.

“Whenever I attend hearings, I leave my family in distress and fear.

“I am afraid that protections in the court and outside, are not ideal and that I could be assassinated.

“I am praying that the judge finally makes her decision as she has stated and does not add any more delay to her court decision.”

“I of course believe that her decision will be a fair one, based on all the facts that have been presented to her.”

“We are hopeful for an acquittal.

“However, Judge Fareeda Ijaz chastised Nabeel Masih for ‘his blasphemy at her initial hearing, forcing our solicitor Naseeb Anjum to confirm that no evidence existed for an offence.

“We are concerned by the continual delay at whim and will take the matter to High Court if any further delay  manifests.

“The High Court has inherent powers to quash proceedings if satisfied by cogent material; that the prosecution was launched for improper motives, or merely to harass the accused, or because its continuance would be an abuse of the process of the court.”

Costs associated with the legal cover and protection of Nabeel Masih and other victims of blasphemy allegations and convictions that we support are expensive.  We could not provide this help and support without the kind donations we receive.  If you have been moved by this account and would like to donate towards our work please (click here).