By admin1 January 2022No Comments 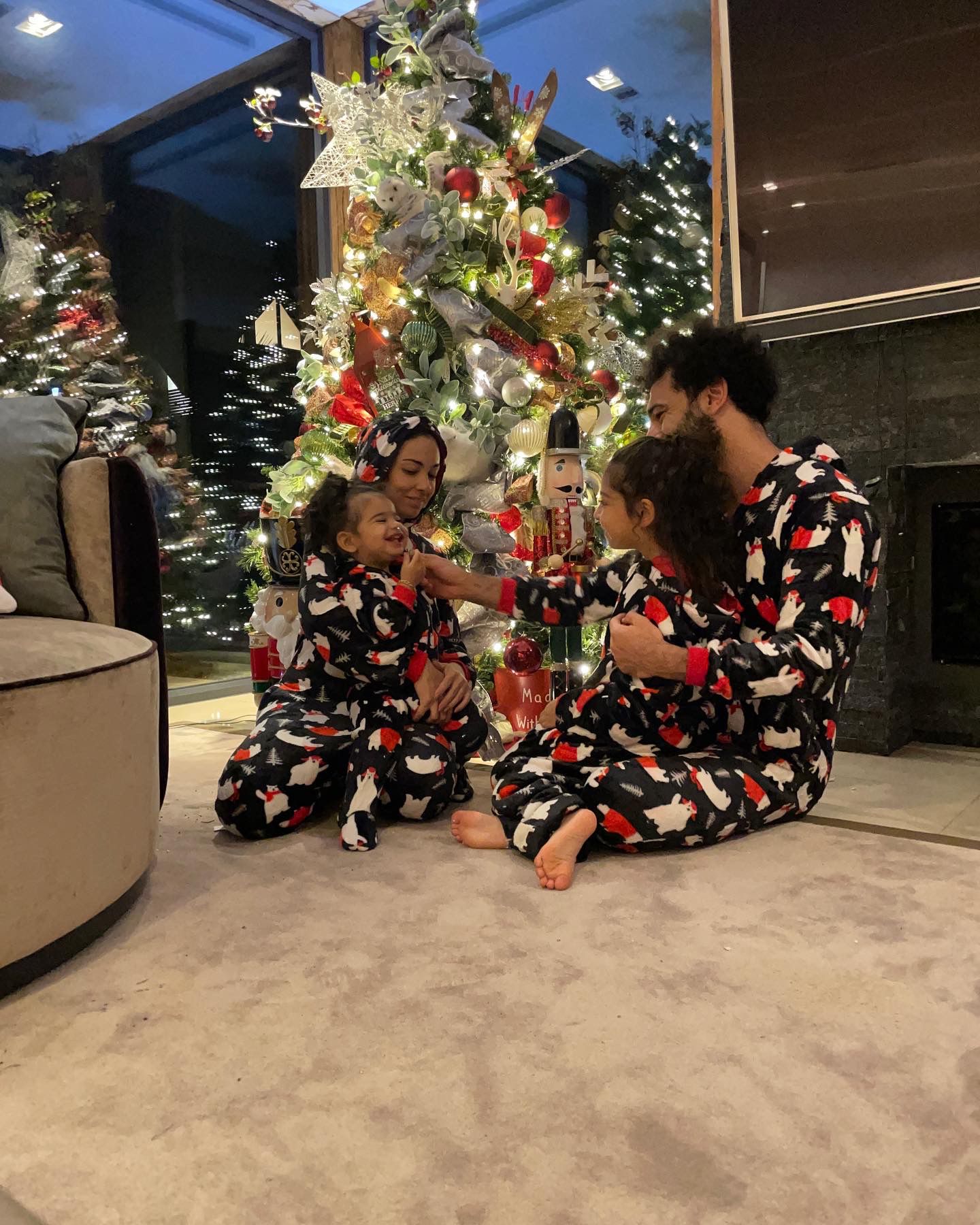 Mo Salah like Amir Khan joins a list of Muslim sports players who have been condemned by some Muslims for celebrating Christmas.

Mo Salah one of the planets most famous Muslim footballers has been castigated by numerous Muslims for sharing pictures on Twitter of himself celebrating Christmas with his family.

RT News in an article translated some of the messages in Arabic under Mo Salah’s twitter image into English.  They read as follows;

“You are a great player, a good human being, and God has blessed you with money, fame, and the love of people, but know that he who has provided you with all of this is capable of taking it from you in the blink of an eye,”   This tweet apparently received 7000 likes.

“Know that you celebrate a day in which they claim that God gives birth to the likes of us… do not be the seat and imprint of their actions, respect the one who provided you with sustenance and gave you your dreams and purified him from the accusations of the people.”

You can read the RT News article (here)

There were over 2 million tweets in response to his image, many from people of other faiths who praised Mo Salah’s sentiments towards those outside his faith celebrating Christmas.

But we have also found some wonderful tweets from supportive Muslims including this one called Zaidah (sic):

Dec 26, 2021
“BullX@!! ,i love xmas because its festive,Im a Muslim,I dont belive in Nabi Issah being the son of God and I dont celebrate Xmas as in go to church etc but i do wish Christians a merry xmas and im teaching my kids to love all religions,And Yes i i love being a muslim”

Ilkay Gundowan from Manchester City also shared an image of himself next to a Christmas Tree wishing people a Merry Christmas and received a similar backlash.

Though it is disturbing seeing the huge backlash and the juxtaposed smaller number of Muslims that are reinforcing the actions of those who are at peace with their faith and are able to share in the joy of other celebrations. We must continue to applaud Muslims that go above the parapet and bridge-build in this fashion.

Members of my family who were brought up in the UK, tell me of how the Muslim population was different back before 9/11.  I am told of how Muslim children went to Sunday School so parents could take a breather for a few hours and how many of them even attended groups like Boys Brigade an intrinsically Christian institution and the scouts which no longer adheres to any particular faith.  Such attendances by children from Muslim backgrounds is diminishing.

Though there is some evidence that modern Muslims in Britain and across the globe are becoming more aloof from those of other faiths, I am also aware that many Muslims gather at Christmas and have turkey dinners.  My parents have friends who do this and some of my friends are in Muslim families that do the same.

More must be done to remove the dangers of extremism in the UK.  This backlash is no different then the backlash that  Glasgow shopkeeper Asad Shah faced when he wished Christians a Happy Easter back in 2016.  He was subsequently killed by two Muslim extremists who travelled from Bradford to murder him for his love for others (click here).  We pray incidents such as this one day become a thing of the past.

Christmas has become a cultural celebration for many and the act of having a Christmas tree is symbolic of such social festivities.  Though the concept of a Christmas tree stems from a practice held by Martin Luther an early church reformist it is hardly a spiritual or deeply Christian practice (click here).  It simply was a way to remember the awesome power and presence of God.  You can see Christmas trees in Pakistani streets now and in Thailand a deeply Bhuddist nation.  For many, Christmas has simply become a global day for families to come together and celebrate the season.

“It offends me that Mo Salah has had such a backlash.

“That wishing someone a Merry Christmas can cause such alarm is indicative of deeper societal issues.

“I personally am not fazed by wishing Muslim friends an Eid Mubarak or Happy Diwali to Hindus – this is generally reciprocated during Easter and Christmas.

“Our local Imam wishes my family a Merry Christmas every year and we reciprocate during their celebrations of Eid – surely this should be natural in mixed societies.

“We do not adopt each other’s faiths but we simply express sentiments of joyous unity for those who are celebrating.”

“Mo Salah’s comments are bridge-building at a time when so many forces are seeking to divide humanity.

“The sheer volume of hate messages received from some Muslims illustrates the extent of intolerance that exists.

“Harsher forms of Islam have begun to take seed in western nations, similar to what is being taught in more fundamental Islamic nations

“I study RS and started my passion for the subject in a Jewish school that had a sizeable Muslim demographic.

“I have seen first hand how such intolerance has manifested within some Muslims.

“I have also seen how many Muslims hold a more moderate position.

“I hope that debates stimulated by the actions of Mo Salah and other high profile Muslims helps to improve interfaith harmony.

“Our world needs peace and it will start when more people are willing to extend a hand of friendship.”

British Asian Christian Association, continue to work towards improved interfaith harmony and have been known for a number of events, promoting peace including vigils (click here), events (click here) and seminars. We continue to work with groups who stand against extremism (click here).  Our work is not possible without the backing of our supporters and you too can sponsor our work by donating (here).

If you want to read some of the despicable comments made towards Mo Salah you can follow his twitter handle:

The defence council for the rapist of a 6 year old Christian child in Lahore,…

Abducted, raped and forced into Islamic marriage 15 YO Shalet has now been rescued and has given testimony of her ordeal!